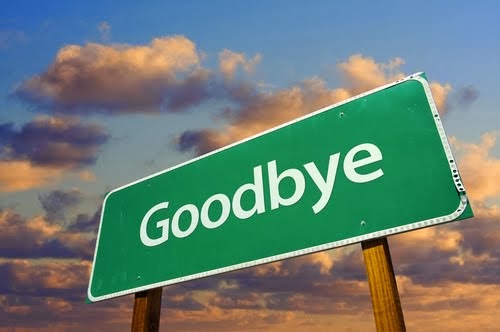 [Editor’s Note: The 2014 Elections should be very straight forward as history favors the opposition party during off-year elections in a President’s second term. Some trends already point in that direction: http://thehill.com/homenews/senate/195889-expanded-2014-senate-map-boosts-gop-confidence. However, Republicans have seized defeat from the jaws of victory in both 2010 and 2012 with “kooky” Senate candidates and highly divisive primaries. The GOP is already proving its own worst enemy http://www.detroitnews.com/article/20140119/OPINION01/301190003. As usual, Don’s article is a thoughtful assessment of the current situation.]

This is going to be a tough pill to swallow. I believe that the Republican Party does not stand a chance of winning any seats in the upcoming Senate elections – unless it makes substantial changes – soon. I will just present excerpts from a variety of articles and sources. Does anyone else see trouble if there is no change?

As of December 31, 2013 a Real Clear Politics poll – an average of seven other national polls – show that 13.1% approve of Congress and 81.0% disapprove. Good or bad for Republicans? You be the judge. http://www.realclearpolitics.com/epolls/other/congressional_job_approval-903.html

From Gallup Politics dated December 11, 2013: “Americans continue to see the Democratic and Republican parties unfavorably, as a year marred by high-profile policy failures for both parties comes to a close. The Republican Party's favorability has improved slightly to 32% from an all-time low of 28% in October during the government shutdown, while 61% now view the GOP unfavorably. The Democratic Party -- on the defensive recently for the flawed rollout of the healthcare website -- maintains a favorable rating of 42%. But a majority of Americans, 53%, now see the party unfavorably, up from 49% in October.” http://www.gallup.com/poll/166202/democratic-party-maintains-favorability-edge-gop.aspx

From Gallup Politics dated January 8, 2014: “Forty-two percent of Americans, on average, identified as political independents in 2013, the highest has measured since it began conducting interviews by telephone 25 years ago. Meanwhile, Republican identification fell to 25%, the lowest over that time span. At 31%, Democratic identification is unchanged from the last four years but down from 36% in 2008.” http://www.gallup.com/poll/166763/record-high-americans-identify-independents.aspx

The article continues in the next two paragraphs:
“Americans are increasingly declaring independence from the political parties. It is not uncommon for the percentage of independents to rise in a non-election year, as 2013 was. Still, the general trend in recent years, including the 2012 election year, has been toward greater percentages of Americans identifying with neither the Republican Party nor the Democratic Party, although most still admit to leaning toward one of the parties.”

And,“The increased independence adds a greater level of unpredictability to this year's congressional midterm elections. Because voters are less anchored to the parties than ever before, it's not clear what kind of appeals may be most effective to winning votes. But with Americans increasingly eschewing party labels for themselves, candidates who are less closely aligned to their party or its prevailing doctrine may benefit.”

From the Center for Responsive Politics: Let's look at Senate reelection rates. In 2008 it was 83%; 2010 it was 84%; in 2012 it was 91%. “Senate races still overwhelmingly favor the incumbent, but not by as reliable a margin as House races. Big swings in the national mood can sometimes topple long time office-holders, as happened with the Reagan revolution in 1980. Even so, years like that are an exception.” http://www.opensecrets.org/bigpicture/reelect.php?cycle=2012

This analysis, done by Larry J. Sabato, for Politico Magazine, highlights my concerns:
“Ultimately, the 2014 battle for the Senate, which Democrats now hold 55-45, is close. It will be an enormous shock if Republicans do not gain seats and at least reduce the margin of Democratic control. If the GOP can restrain its cannibalistic instincts and tendency to nominate flawed candidates[emphasis mine], then to retake the Senate it need only match the post-World War II average gain of six seats for the party out of power in the White House in the sixth year of two-term administrations. At this point, I’d set the over/under on Republican gains in the Senate at 3.5, and I’d take the over—meaning a net gain of four or more Senate seats for the GOP. If Republicans end up dipping under, they will have had their third consecutive underperformance in Senate contests. On the contrary, if even a modest-sized wave develops for Republicans next fall, the third time could be the charm for the GOP’s goal of a Senate takeover.

“The ebb and flow of politics is one of the few constants throughout American history, and 2014 will be no exception. The GOP fared well in 2002 and 2004, then it was the Democrats’ turn in 2006 and 2008. Since then, the back-and-forth cycle has speeded up, with Republicans winning handsomely in 2010 and Democrats in 2012. In the quick “surge and decline” politics of our highly polarized era, the early bet has to be on Republicans to do well in 2014—despite themselves [emphasis mine].” http://www.politico.com/magazine/story/2014/01/midterm-elections-republicans-really-could-win-2014-101802.html#ixzz2pqQqq03b

“To answer this question, I did some research and found the following discussion of extreme interest: Twenty-one of the 35 seats up for election are now held by Democrats. Moreover, most [sic] the states that will be casting ballots for the Senate in 2014 are Republican leaning: 7 of the 21 Democratic-held seats are in states carried by the former Republican presidential nominee, Mitt Romney, while just one of the Republican seats is in a state won by President Obama.
http://fivethirtyeight.blogs.nytimes.com/2013/02/20/can-republicans-win-the-senate-in-2014/#more-38683

“I would encourage everyone to read the complete analysis by Nate Silver. It is excellent! He continues:
“Are the conditions favorable enough to make Republicans odds-on favorites to gain six seats and win the Senate majority? Not quite. Six seats are a lot to gain, and Republicans are at risk of nominating subpar candidates in a number of races. But it would not take all that much to tip the balance toward them….

“Summing up the possibilities across all 35 Senate races yields a net gain of four to five seats for Republicans, just short of the six they would need to win back the majority.

“However, the margin of error on the calculation is very high at this early stage…. If Republicans swept all the “lean” and “tossup” races, they would gain a net of eight seats from Democrats, giving them a 53-to-47 majority in the 114th Congress. If Democrats swept instead, they would lose just one seat and would hold a 54-to-46 majority. Considering the uncertainty in the landscape, estimates from betting markets that Democrats have about a 63 percent chance of holding their majority appear to be roughly reasonable.

“It is more than just a little bit exciting to see Political Hysteresis at work projecting a 53 to 47 Republican majority when one of the greatest American statisticians and psephologists, Nate Silver, opens the door to the possibility of a Republican win in 2014 – by the same numbers!”
http://citizenoversight.blogspot.com/2013/02/political-hysteresis-part-deux.html
[The Cook Political Report published this chart on December 19, 2013: http://cookpolitical.com/senate/charts/race-ratings for specific projections.]

I really do not like opening my analysis with so many quotes from other sources, but the facts are the facts; and after reading several articles, the above analysis prevailed in all of them. The conservative base is necessary for the survival of the Republican Party; trying to broaden the Party’s image by changing the messaging further dilutes the Democratic-Republican differentiation that exists now. These and other issues are dividing the Party; but how can the Party ever hope to win elections when it can’t even agree on the critical platform planks that the Republican candidates need to promote and defend?

Given this scenario, to bring all of the groups into a big tent coalition without alienating the conservative core of the Republican Party will be a very difficult task. I would even go so far as to say that it could not occur before the election season begins. So from my perspective, I would like to suggest the following: the Republican Party needs a big ticket, one that all Americans can agree on; and an issue so great that it would transcend all political positions. May I suggest term limits for Congress?

The Heritage Foundation states: “Term Limits: The Only Way to Clean Up Congress”: “Such substantial public support suggests widespread distaste for careerism in politics, as well as a conviction that continual infusion of fresh blood into the federal legislature will be good for both the Congress and the country.

It is inevitable that term limits will be implemented. If it is not legislated as an amendment, it is inevitable that an Article V Constitutional convention will be called. Wikipedia summarizes this as follows: “Depending upon whether or not rescissions between 1988 and 2010 in some of states that had previously petitioned for such a Convention during the 1970s and 1980s are in fact valid, then 's 2013 petition is either the 19th or the 33rd. If Ohio's 2013 petition is deemed to be the 33rd, then the Nation is currently again just one state shy of an Article V Convention being triggered.”
http://en.wikipedia.org/wiki/Convention_to_propose_amendments_to_the_United_States_Constitution

Why not take the initiative and do term limits now? If a full-blown Article V Convention is called, Pandora's Box will be reopened – and I'm sure that the Law of Unintended Consequences will prevail if the entire Constitution is put on the drawing board to be reworked.

I would recommend that everybody read The Heritage Foundation article cited above. It was written in 1994; but the analysis and conclusions reached then – are even more obvious today. The author's conclusion from this study: “It is difficult to overstate the extent to which term limits would change Congress. They are supported by large majorities of most American demographic groups; they are opposed primarily by incumbent politicians and the special interest groups which depend on them. Term limits would ameliorate many of 's most serious political problems by counterbalancing incumbent advantages, ensuring congressional turnover, securing independent congressional judgment, and reducing election-related incentives for wasteful government spending. Perhaps most important, Congress would acquire a sense of its own fragility and temporariness, possibly even coming to learn that it would acquire more legitimacy as an institution by doing better work on fewer tasks.” [Ibid]

The idea that the RNC will have as its centerpiece campaign slogans which are anti-Obamacare, and the advertisements will probably work – but not all the way. People are tired of the negativity that the Republican Party pushes; but by this fall, we, the people, will have “read” and “lived” through this monstrosity. So provide a constant reminder of its failure; but provide some original thinking so the electorate can see that we want to build as well as tear down. I would be very surprised if embracing term limits did not electrify the electorate and cause that tremendous, independent base to gravitate towards the Republicans.

Donald G. Mutersbaugh, Sr. earned his Bachelor of Science degree from the of and his Master of Business Administration degree from . He is the former Associate Administrator of Information Resources for the U.S House of Representatives under Speaker Newt Gingrich.
Posted by Scot Faulkner at 5:19 PM