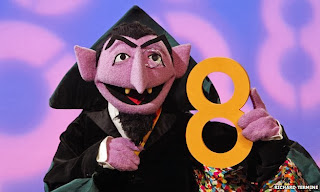 Quality guru Dr. W. Edwards Demming always asserted, “You can't manage what you can't measure.” America is suffering from this ailment as facts and numbers become increasingly politicized. Everyone cherry picks statistics to build their case. They ignore or assail numbers that challenge their case. We are at a point where rational political discourse has evaporated along with objective facts and figures. Few are willing to stipulate to anything. Our ability to achieve reasonable middle ground fades by the day.

There are three areas where this numbers’ crisis is harming our nation and the Republican Party in particular.

Every pundit pounces on economic indicators. America’s economy has something for everybody. The stock market is at a record high and the economic recovery continues, although at a tepid pace. However, outside of the “top 1%” of income earners things are far from rosy.

The most accurate figures are being generated by Gallup. They show the unemployment rate at 7.4%. However, under-employment – people who are taking lower paying jobs to make ends meet - remains stuck at around 17% for the last three years. Wage earners, as a percentage of the U.S. population, are stuck at around 43% during this same period. The “Labor Participation Rate”, those employable in core earning years (ages 25-64), continues to lag at record lows (82%).

Congress reconvenes to face the future of unemployment benefits. Many families are at risk because unemployment insurance benefits ended on December 28, 2013. What no one is discussing is the fact that there are many Americans who have not been able to qualify for unemployment benefits. Unemployment insurance is partially funded by deductions when a person is employed. When a person is laid-off they qualify for benefits if they paid into unemployment insurance at least two quarters during the previous eighteen months (known as the base period). This only occurs if the person was employed as a W2 worker. Consulting work (1099) does not count because these are fees not wages. Therefore, an unemployed person who has worked as an independent contractor is not eligible for benefits.

Currently, 34.4 million Americans work as contractors or part-time without benefits. When they get laid-off, and cannot find follow-on opportunities, they become a large element without unemployment benefits. Media stories, and Congressional angst, are rare regarding Americans barely hanging on – not poor enough for welfare, but not being able to make ends meet. This is the real hole in our safety net.

Once again the clock is ticking toward raising the debt ceiling. Congress is also sparring over how to fund unemployment benefits through spending offsets. The liberal chorus for taxation to ease the pain of the Sequester can also be heard on a daily basis.

These false deadlines and balance sheet fictions are designed to avoid real facts and serious decisions. There is over $680 billion lying around unused and unobligated in countless accounts throughout the Federal Government. Obama is the only recent president who has not conducted a “budget sweep” to retrieve these funds. A memo from either the U.S. Treasury or OMB would sweep this money back into a general fund to stave-off the national debt ceiling for a full year. Alternatively, an across the board hiring freeze of federal employees would save $350 billion a year. This would solve the debt problem for nearly six months. Still another option is to save $650 billion by annually implementing the 9,000 Inspector General and Government Accountability Office (GAO) reports.

Congress and the White House won’t admit there are real opportunities to balance the Federal budget. They are adrift in a sea of sham.

The Republican Party, like the Democratic Party, is an amalgam of interests gathered around a set of philosophical concepts. In order to win elections, and therefore to govern, political parties must expand beyond their comfort zone to attract candidates and voters who don’t always adhere to these core concepts. Expand too far and party labels are meaningless. Restrict too much and the party is sent into the political wilderness.

A key test for striking the right balance comes when a Party disciplines one of their elected officials for being too wayward. At some point being useful for “organizational purposes” is undermined by a pattern of votes that threaten Party integrity. In 1970, Republicans ended the political career of Senator Charles Goodell (R-NY) because he was voting less than 50% of the time with his Party and taking the lead in sponsoring ultra-liberal legislation. As Goodell had been appointed to fill the vacancy left by the death of Robert Kennedy in 1968, his bid for a full term was the ideal opportunity to make an example. James Buckley, brother of William F. Buckley, ran on the Conservative Party ticket against Goodell. Goodell was made a “poster child” for disloyalty. Buckley crushed Goodell by nearly 2-1.

It is one thing to purge disloyalty at the 50% or less threshold. It is quite another to launch primary challenges at the 100% or less threshold. That is what is happening across the Republican Party as it enters the 2014 election cycle. For example, the Texas Tea Party has declared Rep. Pete Sessions (TX-32) an “under performer” for his American Conservative Union rating of 97%, and is fielding candidates against him.

Incumbent re-election rates are always over 85% and are many times over 90%. Open seats are another matter as are divisive primaries. In these circumstances the incumbent party retention rate, depending on state, can plummet to 50%. Thanks to multiple cycles of gerrymandering, individual Congressional districts have skewed more partisan. However, Republicans make up a third or less of registered voters in most states. In order to win Senate seats, Governorships, and other statewide races, Republicans need to appeal to Independents and open-minded Democrats. As Ronald Reagan once said, “The person who agrees with you 80 percent of the time is a friend and an ally — not a 20 percent traitor.”

Tea Party purity purges play well on conservative talk radio, but the only way to govern is to control the government.
Posted by Scot Faulkner at 9:03 PM