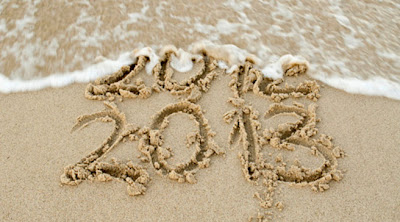 2013 was like any other year. We found new ways to be humane and inhumane. The frontiers of knowledge advanced both in discovery and dissemination. Creative genius existed next to odd people and events that were undeserving our attention.

Throughout these past twelve months, there were also patterns and trends that appeared or expanded into our lives. These will shape our existence in 2014 and merit further discussion.

SOURCE VERSUS SUBSTANCE
The quality of civil discourse declined along with its quantity. Rational thought, critical thinking, and reasoned engagement all declined sharply among politicians and pundits. Save for rare instances of good governance at state and local levels, hyper-partisanship reined supreme. The continued collapse of functional democracy was on vivid display in Washington, DC. To the credit of Americans, trust in Congress sank to historic lows and support for President Obama fell to his lowest ebb.

Incompetence, corruption, and deceit played their roles in the deterioration of our civic culture. However, the biggest factor was the expanding inability of people from across the political spectrum to keep an open mind when encountering opposing views. Who was saying something trumped what was being said. Even the old adage that “a stopped clock is still right twice a day” was discarded.

Shutting out differing viewpoints closes the mind to new ideas and prevents everyone from obtaining important “reality checks” for their actions. On a good day, MSNBC’s Rachel Maddow provides cogent and insightful analysis. On any day, Fox’s Charles Krauthammer is the most knowledgeable and articulate pundit on an amazing range of topics. We need to return to a time when no one should have to pass a litmus test prior to pulling a fire alarm in a burning building.

CORE VERSUS FRINGE BELIEFS
Pope Francis was named Time’s “Man of the Year” for many good reasons. His most universal contribution was returning to the core message of his church – anyone seeking salvation will be granted it. Communicating and embodying the Catholic Church’s core message immediately welcomed back those wishing to return to its faith and opened a dialogue with all others desiring a caring and tolerant world. In one masterful leap, Pope Francis made his church relevant in the 21st Century.

Pope Francis’ accomplishment should be embraced by the Republican Party. A movement of faith or policy is not the sum of its parts. Its core values and beliefs inform and guide its parts. Specific issues will come and go, but its core should remain timeless. Transient passengers should not be allowed to steer the ship.

WASHINGTON VERSUS AMERICA
Our traditional concerns over government over-reach, and our dismay over its incompetence, were joined by a new and disturbing issue – fairness. “Crony capitalism” moved to the forefront of America’s psyche. The record disparity in wealth has made increasing numbers of Americans wonder if the “America Dream” has been hijacked by a well-connected oligarchy.

These fairness concerns are not about depriving productive people their well earned rewards. It is about those in power rigging the game for everyone else. Special interest tax breaks, regulatory waivers, and program funding have created an undemocratic oligarchy constructing a public trough from which they devour the spoils. This has worsened as large companies and banks continue to get away with wanton abuses, as long as they pay a small percentage of their “ill gotten” gains to complicit overseers.

One of the great missed opportunities for real change occurred when political powers did everything possible to keep the Tea Party from allying with Occupy Wall Street. Both groups arose out of a deep mistrust of established power and concern over unaccountable and incestuous elites perverting America. Such an alliance was the one true chance of a third party challenging the status quo.

In the wake of Washington dysfunction, corporate statism, and consumer exploitation, Americans are growing more restive. The latest Gallup Poll reported that seventy-two percent of Americans say big government the greatest threat to the U.S., a record high in the nearly 50-year history of this question. Unfortunately, Americans are disengaging from activism, even voting, feeling that little can be done. Opting out is a recipe for civic decline.

AMERICA VERSUS THE WORLD
America continues to suffer from not having a global strategy since the fall of the Berlin Wall. Our “war of terror” fixated on misdiagnosing symptoms in one region of the world. America’s role in the world, it competing with 200 other countries for economic well-being, and preventing slippage back to 18th Century amoral adventurism have been absent from meaningful dialogues.

The BRICS (Brazil, Russia, India, China, and South Africa) are willingly filling the void. These nations view 18th Century style power politics as their salvation from their respective internal failings. America’s missteps and miscues are being exploited to the detriment of global stability and morality. A world dominated by any country other than America will be nasty and brutish.

America remains the most parochial world power in history. Only a third of Americans currently hold passports (that’s fifteen times more than in 1970) . Only 19% of Americans travel outside the U.S. and most of them go to North American destinations. Americans consistently score near the bottom among developed nations on geographic knowledge. Much of this is based on the fact that America’s imperialism occurred within what is now its own borders. While European armies, traders, and missionaries spanned the global, Americans conquered our own continent. Except for the Spanish-American War, America’s overseas military activism was not acquisitive. Certainly, American brands and culture remain the top influencers of world consumption, but only a microscopic portion of our corporate and political leaders have actual overseas experience.

SECURITY VERSUS PRIVACY
You do not improve your chances of finding a needle in the haystack by creating more haystacks. That is the fundamental flaw in America’s counter-terrorism strategy. In the 1970’s, Americans worried about who was on President Nixon’s enemies’ list and who his minions bugged. Now we are all on our government’s enemies list and we are all bugged. This is not progress.

No amount of Orwellian intrusions will find and stop every terrorist. The odds will always remain in favor of the lone zealot or psychopath. Security forces have to get it right 100% of the time – they will never achieve this certainty. Innocent people will be killed or maimed when bad people slip through these defenses.

They key to success is to remove the roots of terrorism. Unless and until moderate Islamic leaders end the official teaching of hatred, and the perverse interpretations of the Koran, there will always be a threat. Until we establish policies and processes to recognize and treat mental illness there will always be a person using violent means to destroy lives and communities.

TECHNOLOGY VERSUS HUMANS
The irony of our age is that all the amazing advances in communications are creating as many problems as opportunities. We are all part of a technological Tower of Babel. Our common frame of reference ended years ago, to the detriment of our civic culture.

Diversity is a good thing, unless no one can effectively reach out to others. We have to keep track of friends, family, and colleagues who use different communication platforms and environments, and when they change without telling anyone. It is Apple versus Windows; iPhone versus Android; LinkedIn versus Facebook, versus countless other social networks. It is having to remember which of our friends and colleagues prefer emails to telephone calls; texting to Skype, and texts on Skype. It is about not only which people follow which television show, but whether to spend money to subscribe to cable, premium cable, Netflix, and Amazon in order to follow the latest award winning series.

Reaching key people for business or pleasure is bewildering. Platform convergence (who uses a separate camera any more?) is complicated by user divergence. The challenge for 2014 and beyond is having technology enable more than hinder our cultural advance.

Posted by Scot Faulkner at 1:26 PM