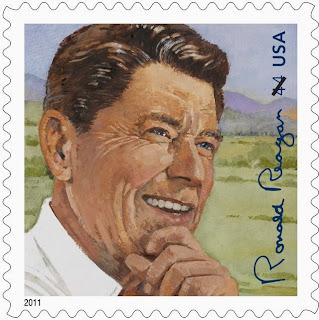 This was published in: http://thehill.com/blogs/congress-blog/politics/193297-lip-service-to-reagan-is-not-honoring-him

By Scot Faulkner and Jonathan Riehl

Do you honor Ronald Reagan by burying him? This issue was opened by Ford O'Connell’s new book "Hail Mary: The 10-Step Playbook for Republican Recovery".

There is a great double standard in partisan nostalgia. Democratic politicians and pundits are allowed to invoke countless icons of the left in order to rally their base. They also get to attract converts by presenting highly sanitized portrayals of their liberal pantheon. How often is Andrew Jackson’s obsessive hatred of Native Americans, Woodrow Wilson’s racism, or Lyndon Johnson’s corruption mentioned?

When Republicans get “misty-eyed” about Ronald Reagan the media is quick to pounce. They either bring “Iran-Contra” to the forefront or find new ways to dismiss Reagan’s role in destroying the Soviet Empire. Legions of “Reaganites” are still alive, yet the Reagan era is deemed ancient history, while Kennedy era milestones are celebrated annually.

However, the misuse of Reagan nostalgia concerns us because his name is being invoked in troubling and nefarious ways. Current political players, among what now passes for Republicans and conservatives, are at best cherry picking and at worst fabricating Reagan’s words and deeds in order to wrap themselves in his aura.

This is unfortunate on many levels. Reagan worked for decades -- and we mean “worked” in the true meaning, investing time and energy -- to build a coalition of differing voices in politics. Cold Warriors, economic conservatives, and social traditionalists, agreed to disagree, but aligned to a common core of belief. Reagan was unique in his abilities as a communicator, organizer, and coordinator of these factions, in that singular era.

Our era is very different. The Cold War has been replaced by complex geo-political competition and terrorism; political economy has flip-flopped, with conservatives acting as the big spenders; and the heartfelt belief in traditional values has entered a dark intolerant apocalyptic place.

Invoking Reagan into these 21st Century conundrums makes little sense. He was a man fit for his times, should be honored as such, and not tarnished by post-mortem association with the clown-car crowd that currently totes his name. From Palin to Santorum to Limbaugh, none of them worked for or with Reagan and therefore should not be able to profit from his legacy. Reagan should not be touted as a totem for Tea-partiers, who share nothing of his serious intellectual integrity, his work ethic, or his willingness to compromise with even the most serious of opponents -- from Gorbachev to Tip O’Neill.

For several years we have been urging responsible conservatives to take their history more seriously. The re-making of Reagan is an example of how ignorance of history leads to its hijacking and vivisection.

The Republican Party no longer stands for Reagan’s emblematic coalition building with Congress and the electorate. Its leaders have flown-off the ideological fringe. Reagan’s party no longer does him honor. The pretenders who claim his mantle need to do more than “get over it". They need to stand or fall on their own. Claiming Reagan’s legacy is unseemly when it masks their contempt for his values and leadership.

[Scot Faulkner served as Director of Personnel for Reagan and held executive positions during all eight years of his Administration. Jonathan Riehl, J.D., Ph.D., is a communications consultant for political campaigns and national nonprofit organizations, a former speechwriter for Luntz Research, and an instructor in Communications Studies.]
Posted by Scot Faulkner at 10:25 AM