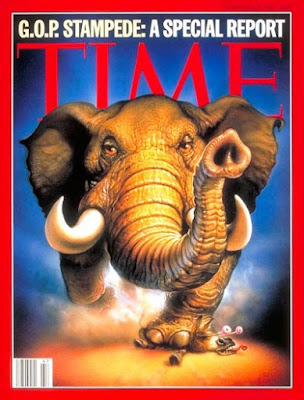 “CONSTITUTING AMERICA” SERIES ON CONGRESSIONAL HISTORY
The definition of a Midterm Election is that it is held mid-way through the term of the President. While not on the ballot, the President’s electoral mandate and actions to fulfill that mandate, are validated or challenged by voters as they elect members of the Legislative Branch.

Midterms were created as the solution to a fundamental issue in the founding of America:
What is the balance between responsive and responsible government?

The authors and advocates of the U.S. Constitution wrestled with this balance.

One the one hand, Alexander Hamilton and James Madison, writing as “PUBLIUS”, asserted in their essays advocating for the ratification of the U.S. Constitution, that frequent elections guaranteed Congress’ elected Members responding to the will of the people.

Federalist No. 52:
“First. As it is essential to liberty that the government in general should have a common interest with the people, so it is particularly essential that the branch of it under consideration should have an immediate dependence on, and an intimate sympathy with, the people. Frequent elections are unquestionably the only policy by which this dependence and sympathy can be effectually secured…. It is a received and well-founded maxim, that where no other circumstances affect the case, the greater the power is, the shorter ought to be its duration.”

Guaranteeing responsiveness and accountability also needed to be tied to short terms in office.

FEDERALIST No. 57:
“The House of Representatives is so constituted as to support in the members an habitual recollection of their dependence on the people. Before the sentiments impressed on their minds by the mode of their elevation can be effaced by the exercise of power, they will be compelled to anticipate the moment when their power is to cease, when their exercise of it is to be reviewed, and when they must descend to the level from which they were raised; there forever to remain unless a faithful discharge of their trust shall have established their title to a renewal of it.”

On the other hand, Hamilton and Madison worried that too frequent elections would create instability.

Federalist No. 62
“The mutability in the public councils arising from a rapid succession of new members, however qualified they may be, points out, in the strongest manner, the necessity of some stable institution in the government. Every new election in the States is found to change one half of the representatives. From this change of men must proceed a change of opinions; and from a change of opinions, a change of measures. But a continual change even of good measures is inconsistent with every rule of prudence and every prospect of success. The remark is verified in private life, and becomes more just, as well as more important, in national transactions.”

Hamilton and Madison raised an issue they considered worse than instability - arbitrary and capricious public policy. They sought a structural solution, “necessary as a defense to the people against their own temporary errors and delusions.” [Federalist 63]

Hamilton and Madison’s solution was to have two separate bodies within the Legislative Branch, one of which would have longer terms of service. “The proper remedy for this defect must be an additional body in the legislative department, which, having sufficient permanency to provide for such objects as require a continued attention, and a train of measures, may be justly and effectually answerable for the attainment of those objects.’ [Federalist 63]

The Senate, having six year terms for its members, would be a defense against, “particular moments in public affairs when the people, stimulated by some irregular passion, or some illicit advantage, or misled by the artful misrepresentations of interested men, may call for measures which they themselves will afterwards be the most ready to lament and condemn.” [Federalist 63]

Hamilton and Madison cited the importance of deflecting transitory and ill-thought public passion throughout history. “What bitter anguish would not the people of Athens have often escaped if their government had contained so provident a safeguard against the tyranny of their own passions? Popular liberty might then have escaped the indelible reproach of decreeing to the same citizens the hemlock on one day and statues on the next.” [Federalist 63]
They concluded that not only terms of service, but the cycles of elections would create the proper balance to assure responsive and responsible democracy: “when compared with the fugitive and turbulent existence of other ancient republics, very instructive proofs of the necessity of some institution that will blend stability with liberty.” [Federalist 63]
Their solution is embedded in the U.S. Constitution.

The combination of having the entire Membership of the House of Representatives face the electorate every two years, and only a third of the Senate submit to re-election every two years created Midterm Elections.

Throughout American history, Midterm Elections have reshaped Presidential agendas, ended or launched new political movements, and marked watershed moments in the civic culture of the nation.

The 1858 Midterm, prior to American Civil War, showcased the fragmentation of the Democrat Party over slavery and catapulted the four-year-old Republican Party into becoming the dominant plurality faction in both the House and Senate. Sixteen years later, Republicans lost 96 House seats and their majority in reaction to the Grant Administration scandals, and the mismanagement of Southern Reconstruction.

The 1894 Midterms heralded the reemergence of the Republican Party as a new dynamic force that would bring William McKinley to the Presidency in 1896. The voters also blamed President Grover Cleveland for a major economic depression, leading to jobless workers marching on Washington demanding relief. The Democrats lost 116 seats in the House, the largest defeat in history. Fourteen years later, splits in the Republican Party, especially the falling out between old allies, Theodore Roosevelt and William Howard Taft, triggered Republicans losing 57 seats in the House and 10 Senate seats. This fragmentation worsened, leading to Woodrow Wilson winning the Presidency in 1912 with 42 percent of the popular vote in a three-way race.

The October 1930 Midterm reflected Americans reeling from the Stock Market Crash, facing a deepening Depression, and the collapse of trust in Republicans. The Republican Party lost 49 House and 8 Senate seats. The Republicans barely retained control of Congress by only two votes in the House and one in the Senate. Their Midterm debacle set the stage for the 1932 election, when Republicans lost the White House for twenty years, and lost Congressional power for three generations. Over the next 62 years, Republicans had ten years of intermittent rule in the Senate and led only two separate Congresses in the House.

America redefined itself in the 1994 Midterm elections. President Bill Clinton had overreached on universal healthcare. There was a revitalized Republican Party, fueled by Conservative Talk radio and the visionary leadership and aggressive tactics of Newt Gingrich.

Democrats were shocked, losing 53 House and 7 Senate seats. This brought Republican rule to the House for the first time since the 1952 election, a forty-two year hiatus. Only one Republican Member had served in the previous Republican era - as a House page.

Since 1994, Republicans have dominated the Legislative Branch, even gaining 6 House and 2 Senate seats in the 2002 Midterm, in the wake of the 9/11 terrorist attacks. Bush Administration unpopularity and Congressional scandals led to voters ending Republican rule in the 2006 Midterms. President Obama’s policy overreach, Conservative Talk Radio, and the rise of digital and social media, brought Republican majorities back to the House in the 2010 Midterms and the Senate in the 2014 Midterms.

No matter the outcome of the 2018 Midterms, the wisdom of those who struck the balance between responsive and responsible government in the U.S. Constitution will once again be vindicated.

Posted by Scot Faulkner at 1:22 PM