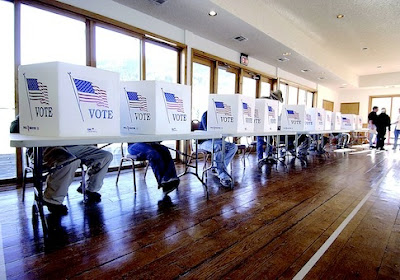 
Donald Trump has a chance of winning this November’s election. To do so, however, he will need to capture the exogenous vote. I’ve decided to define the voting blocs in this country a little differently than is normally done


That leaves the truly Independent voters. This group is more independent and not identifiable by party – and perhaps even ideology. They look specifically at a candidate and what he or she has to offer society, issues with which they may identify and has no loyalty to or identification with any political party. These voters are the ones who will probably vote for third-party candidates – even though they know that there is no chance they will win. They are truly voting their conscience.


So how does this look for November when the ultimate moment of truth arises, and people go into the voting booths to pull the lever (so to speak) and cast their vote? In my mind certain things seem inevitable. The Republicans who will probably vote Republican are loyal, partisan supporters of the Republican candidate. The opposite is true of course with Democrats: they will be loyal, partisan supporters of the Democratic candidate. A recent Gallup poll concluded that 26% are Republicans and 29% are Democrats; this 3% advantage seemingly puts the Republican Party at a disadvantage. Currently, from the same poll, 42% identify themselves as Independents. http://www.gallup.com/poll/188096/democratic-republican-identification-near-historical-lows.aspx This whole scenario is further complicated: “Less than half of Americans (43%) view the Democratic Party favorably, but the party's image is still better than that of the Republican Party (38%). Neither party has been able to gain favorable opinions from a majority of the public since June 2013, in the early months of President Barack Obama's second term.” http://www.gallup.com/poll/185822/republicans-favored-issues-despite-worse-image.aspx


Another complicating factor is the most frequently mentioned problem with the electorate: “For the second consecutive year, dissatisfaction with government edged out the economy as the problem more Americans identified as the nation's top problem in 2015. According to Gallup's monthly measure of the most important problem facing the U.S., an average of 16% of Americans in 2015 mentioned some aspect of government, including President Barack Obama, Congress or political conflict, as the country's chief problem. The economy came in second with 13% mentioning it, while unemployment and immigration tied for third at 8%.” http://www.gallup.com/poll/188096/democratic-republican-identification-near-historical-lows.aspx


So that’s kind of the picture of the endogenous voter’s bloc. So let’s examine the exogenous voter’s bloc. “Last year, in addition to the 29% of Americans who identified as Democrats, another 16% said they were independents but leaned toward the Democratic Party, for a combined total of 45% Democrats and Democratic leaners among the U.S. population. Likewise, 26% of Americans identified as Republicans and an additional 16% identified as independents but leaned toward the Republican Party, for a combined total of 42% Republicans and Republican leaners.” (Ibid) But if you go along with my definitions, these Independent leaner-voters can be defined as so-so Republicans (16%) and so-so Democrats (16%) leaving another 10% as truly Independent voters. Although the cited article allocates these leaners to one party or the other, I feel that this is the area where Trump needs to win the battle.


In a recent Real Clear Politics poll (7/11-7/24), the following allocations were presented: Clinton (40.4%), Trump (39.8%), Johnson (L) (7.2%), and Stein (G) (3.2%). This adds up to 90.6%; I am just presuming that there is another 9.4% committed to some other candidate of much less value (e.g., write in). But if we look at the present projection, part of that 3% difference between the major political parties is being captured. I believe the key to winning the popular vote lies in being able to capture more Democratic so-so’s while maintaining an attraction for all of the Republican so-so’s. While it is possible for a major faux pas by either candidate, it is also possible that a third-party candidate could steal voters from both major party candidates. To me where this capturing will occur is when the voter steps into the booth, closes the curtain, and realizes they are about to decide the future of the country. I believe that at that time, thinking will change for the so-so’s: they will vote, and it will be for which candidate they like more – not for which candidate they like less. If Trump can capture that entire 3% (ceteris paribus), the numbers change Trump 42.8% and Clinton (37.4%) In fact, for the same polling period, it is now Trump (44.1%) Clinton (43.9%). Time will tell if the 0.2% lead is a Convention bump or a trend!


Which brings us to the final question: what does the Electoral College look like? Starting with Ohio, it’s basically a tie. With regard to the other major states, although Clinton may be ahead in most of them, almost without exception most are within the margin of error for the state to swing to Trump by November. In fact, some of them already have! For example, if he wins Florida, Pennsylvania, Ohio, and North Carolina – he wins with 273 votes. And there are more battleground states than these. (http://www.270towin.com/) I do not believe in this election you will find that past is prologue: I believe that many states will change which political party wins this year. I also believe that most pollsters have significantly underestimated how angry the electorate is – especially when both political parties tried to rig the outcome by either dumping their elected candidate or skewing the vote so that their candidate could never win. And finally, I believe that Hillary will be her own worst enemy in the voting booth. I think that’s when, in the minds of a lot of potential voters, all of her baggage will catch up with her. I think that the people are ready for change – and I think they think of Trump as the instrument of that change.

Posted by Scot Faulkner at 8:54 PM