A Revolutionary Transition Plan for Trump 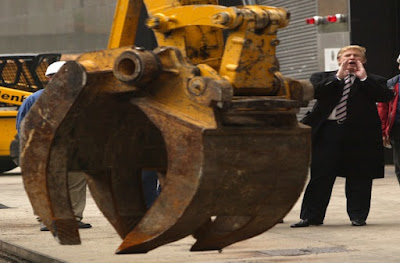 Donald Trump is calling for a revolution in the way Washington operates. His Republican Convention speech declared ferreting out waste and cutting costs a major priority for his first hundred days. This will require thorough preparation, like a successful military campaign, before the first “shots” are fired.

Trump can set the stage for “Making America Great Again” by making sure his Presidential Transition uses “CPR”.

This CPR is a form of management resuscitation.  It stands for CURATE, PREPARE, RECRUIT. These are co-equal activities that are critical for launching a dramatic new direction for the federal government and America.

CURATE means turning a mountain of information into action.  By collecting, sorting, analyzing, and prioritizing critical information Trump’s Presidential Transition can make sure they can govern from day one.

The federal government is vast. During every second policies, programs, personnel, contracts, grants, expenditures, treaties, and law are in motion.  These activities can range from first drafts of proposals yet to be considered, all the way through final implementation and codification.  They mostly happen in Washington, DC, but also occur in government field offices throughout America, and U.S. Missions around the globe. Much of this activity is not public.

An incoming President must conduct a scavenger hunt of epic proportions to find everything that matters.  The outgoing Administration, and much of the remaining career structure, will do everything possible to make sure the scavenger hunt fails. This will include lying and misdirection.

The only way a Transition can succeed is to gather outsiders who are relentless in their search for information.  They must also be able to determine what is real and when to probe deeper.  These outsiders must depend on insiders among career personnel who support the incoming Administration, as well as government professionals who will do the right thing out of loyalty to America and its institutions.

PREPARE is all about making sure the right people are in the right place to do the right thing the moment the new President is sworn-in.  This means halting everything found through the scavenger hunt.  Trump’s Administration will want to change course quickly and completely.  It is imperative to halt and roll back the legacy of the outgoing Administration in every way and everywhere possible - policies, programs, personnel, contracts, grants, expenditures, treaties, and law.

One key preparation is security clearances.  In 1980, Reagan’s team was fast tracked for clearances by FBI and Secret Service officials who loathed the Carter Administration. Many clearances were processed starting in September 1980.  Reagan’s transition planning team also combed the Legislative Branch and government contractors for people who already held appropriate clearances.  The result was legions of Reaganites able to access secure information starting within weeks of the election and legions more ready to take office the day after the Inaugural.

RECRUIT is the importance of finding the right people to do the right things.  People equal policy.  The first waves of political appointees invade the Executive Branch.  In some cases they will be greeted as liberators.  In other cases they will face bureaucratic combat on a room to room, program by program scale.  In all cases the new appointees must be competent and committed.  Only true believers committed, heart and soul, to implementing the new agenda need apply.