How to End Radical Islam 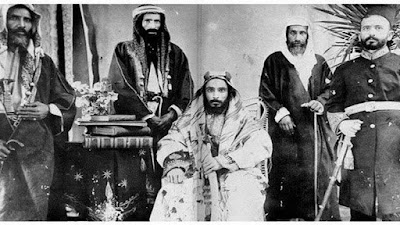 It is time for moderate forward looking Muslims to regain control of their religion.  They need to take historic steps to bring Islam into the 20th Century, returning it to an honored place among the world’s great religions.

Slaughter in an Orlando Nightclub, slaughter on the streets of Nice, slaughter in Paris and in a Normandy church, slaughter at airports in Brussels and Istanbul, slaughter at a San Bernardino picnic, slaughter at Fort Hood, slaughter at the Boston Marathon, attacks on trains in France and Germany, the list is endless.  The weapons used were diverse – guns, trucks, pressure cookers, axes, knives, and bombs.  Only the motivation remained constant – jihad for Allah.

The threat and the fight are global.  Terror can now arrive anywhere, anytime, in any form. Some already label this World War III.  The problem is that increased drone strikes, bombing ISIS’ capital in Raqqa, Syria, or expanding intelligence gathering will not end the threat.  This is because every day millions of young boys attend radical Madrassas and learn how to hate, kill, and die.

In the mid-1970s Saudi Arabia used the flood of oil revenue to become the “McDonalds of Madrassas”.  Religious schools and new Mosques popped up throughout Africa, Asia, and the Middle East.  This building boom had nothing to do with education and everything to do with spreading the cult of Wahhabism.

The Saudi Royal Family owes its rise to power to Muhammad ibn Abd al-Wahhab (1703-1792).  He envisioned a “pure” form of Islam that purged most worldly practices (heresies), oppressed women, and endorsed violence against nonbelievers (infidels), including Muslims who differed with his sect.  This extremely conservative and violent form of Islam might have died out in the sands of central Arabia were in not for a timely alliance with a local tribal leader, Muhammad bin Saud.

The House of Saud was just another minor tribe, until the two Muhammads realized the power of merging Sunni fanaticism with armed warriors.  Wahhab’s daughter married Saud’s son, merging their two blood lines to this day.  The House of Saud and its warriors rapidly expanded throughout the Arabia Peninsula and collided with Shi’ite and more secular Sunni powers.

Saudi forces were defeated but rose again, fueled by Wahhabi fanaticism.  These various conflicts always included destruction of holy sites of rival sects and tribes.  While done in the name of “purification”, the result was erasing the physical touchstones of rival cultures and governments.

In the early 20th Century, Saudi leader, ibn Saud, expertly exploited the decline of the Ottoman Empire, and alliances with European Powers, to consolidate his permanent hold over the Arabian Peninsula.  Control of Mecca and Medina, Islam’s two holiest sites, gave the House of Saud the power to promote Wahhabism as the dominant interpretation of Sunni Islam.  This included internally contradictory components of calling for eradicating infidels while growing rich from Christian consumption of oil, and pursuing lavish hedonism when not in public view.

Unless Wahhabism is eliminated or moderated, the West is fighting a losing battle.

The decline in oil revenue gives the West rare economic leverage.  It is time to convince the Saud family to convene an Islamic version of the Council of Nicaea.

In 325 Roman Emperor Constantine the Great convened a religious council in Nicaea (near modern Istanbul) to resolve various differences within Christianity.  This included consolidating and codifying beliefs, rituals, and the calendar of holy days and rites.  Over three hundred church officials and theologians attended.

While the Council of Nicaea did not resolve everything, it established a culture of dialogue and collaboration within Catholicism.  Christianity had its own wars and schisms, notably the Reformation, which was more about geopolitics than faith.  Isolated fanaticism and superstition led to the abuses from the persecution of Galileo to the Salem witch trails.  However, the framework and mindset was permanently in place for Western religions to move with the times and adapt as knowledge and culture advanced.  These forces of moderation and reason assure the continuous rise of civilization to this day and the marginalization and isolation of extremists.

Philosopher Eric Hoffer, in his famous work “The True Believer”, asserted, “the character and destiny of a group are often determined by its inferior elements.”  Reasonable people, spanning religion and ideology, are hoping Islam finds a way to isolate and diminish their forces of darkness.  It can only be done from within.

[Scot Faulkner served as the first Chief Administrative Officer of the U.S. House of Representatives and on Ronald Reagan’s White House Staff.  As Deputy Associate Administrator of the Federal Aviation Administration (FAA), he coordinated the Administration’s response to the Pan Am Flight 103 Bombing.  Mr. Faulkner has advised corporations and governments throughout the Middle East since 2002.]

Posted by Scot Faulkner at 2:08 PM