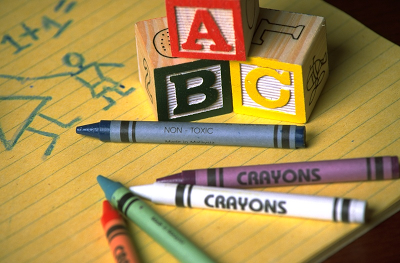 “I send my messenger before you….”

One day when I was reading the Bible and meditating, I thought I would go back and reread the book of Mark. As I read the opening passage about John the Baptist, I was struck by this opening passage. Given the power of our Heavenly Father, why didn't Jesus just come as a mandate? Why was it necessary to “… send my messenger before you ….”?

There are significant spiritual ramifications to this event; the primary purpose was to prepare the world for the coming of the Son of God. However, this is more than a religious lesson. It is also an interesting question because it suggests a level of understanding that transcends the religious implications. It actually discloses a management issue and how to work with others by laying the foundation for a much larger event that is yet to happen.

I had mentioned in a previous blog (12/13/2012) that the Republican Party needs a paradigm shift. Today, after watching another month of incompetence, I am more convinced than ever that something has to be done – or else Republican Party will become so marginalized as to make this country a one-party system. Until the “leaders” of the Republican Party subordinate their own personal interests and bloviating and focus on what is necessary and good for the people of the United States of America, we will have continual confusion and lack of direction for the conservatives in this country. There is no platform, no game plan, and no direction on how the Republican Party might capture the Senate in 2014 much less the presidency in 2016. I don't know, but maybe there is activity going on behind the scenes. If so, I would strongly suggest that these ideas manifest themselves now in a general discussion: people tend to support, that which they help create. I learned this management principle when I was a teenager; it is as true today as it was then.

In my previous blog I indicated that one of the primary problems the Republican Party has today is communication: there is none. In a blog by Scot Faulkner (1/18/2013), he asks the very relevant question: “How did you spend the last 806 days?” The Republican Party answer appears to be in handwringing, unfocused sound bites, and obstructionism – the result of not having a cogent plan on the direction the Republican Party should be taking. Communication is one of man’s greatest assets; planning – setting goals, developing strategies, and defining tasks and schedules to accomplish goals – is another. Right now the Republican Party is in crisis and needs both planning and communication.

I currently believe that America is like a transmission in a car, and the country is shifting gears. The clutch is in, and the gear choices are liberal or conservative. When the clutch is disengaged, the country will again begin moving: the question is in which direction? To give credit where credit is due, the liberals have done an excellent job in capturing the majority of the population – or so it would seem. Will the country engage in a cyclical swing and by itself move to a conservative position – a kind of political hysteresis? Possibly. But it would make a lot more sense if the Republican Party could restructure itself (i.e., a paradigm shift) to recognize that the country has changed; far right thinking needs to be moderated, and a new message of inclusion needs to be articulated. Franklin Roosevelt once said: “Wise and prudent men – intelligent conservatives – have long known that in a changing world worthy institutions can be conserved only by adjusting them to the changing time.” It's kind of sad that the Republican Party has to get this kind of message from one of the most liberal presidents of our time; it's almost like a taunt.

The theme of this blog started: “I send my messenger before you….” I would suggest that the Party’s focus be on the presidency in 2016; there is an overwhelming inertia that must be overcome to convince the electorate that the Republican Party has indeed been reformed and is now the best party to represent “we, the people.” The way that this is going to happen is by a qualified leader within the Republican Party taking the reins and standing up to the establishment and saying “I'm going to lead this party and make it the overwhelming choice of the people of the United States.” This person will have to have the leadership, charisma, and communication skills to convincingly implement a strategy that actually has robust, well defined ideas and plans to bring the United States back into prominence. This person will probably not be a candidate for the presidency in 2016; they are excluded almost by definition of what their mission is within this context: establish the infrastructure that will put a Republican in the White House in 2016. Any gains that can be gleaned in the 2014 interim elections would be a bonus; success or failure might also be reflective of whether or not this strategy is working to bring about the change that is necessary to save the Republican Party and conservatism. Einstein's famous definition of insanity is doing the same thing over and over again expecting different results. We have had enough insanity – it's time to move on.

Perhaps the bigger issue is not getting a Republican Majority to elect a President but being inclusive enough to keep folks who have supported the Republican Party from fleeing the craziness.

I enjoy reading Mr. Mutersbaugh's blogs as clearly he is a concerned Republican & conservative & wants the best for his country as well as countrymen & women. I also feel he is being too hard on his GOP politicians & the people that voted for them, or didn't vote for them, in trying to explain why, in this last Presidential election, the GOP lost.

He writes about, "a management issue..." The management process that should be considered to lay that future foundation is, in my opinion, to:
1 Collect the data
2 Analyze the data
3 Devise the Plan
4. Actually do it
5. Evaluate what has happened

It is in this fashion that risk can be mitigated & a forward moving plan can be implemented. I am sure the NRA has taken these handful of steps early & often. This process can take time. Time can be measured with many forms of metrics-a passage of time measured in yrs, changing peoples' views (from Republican to Democratic), an interval between events (from W to ?), etc. It is interesting that between 1792–c 1824 the US had a combined Democratic-Republican Party!

Mr. Mutersbaugh brings into the mix a question, "How did you spend the last 806 days?' The GOP's answer appears to be in handwringing, unfocused sound bites, & obstructionism–the result of not having a cogent plan on the direction the Republican Party should be taking." Interesting. I remember the past couple of yrs with the right rallying behind Romney, as if he was the "2nd Coming of Christ," annihilating his right/religious contenders in the names of Santorum & Gingrich.

Maybe instead of the 5 Step process mentioned above, we should whittle it down to three:
1. Eliminate boredom.
2. Remain cost effective in your strategy and tactics. 3. Achieve better results

According to Mutersbaugh, "there is an overwhelming inertia that must be overcome to convince the electorate that the GOP has indeed been reformed and is now the best party to represent 'we, the people.'” Now this sounds like Lance Armstrong telling Oprah and the country that he now understands and has been reformed. He is all better now and still working on improvement and correction. A reformation, analogous to the one that led to the establishment of the Protestant church, does not happen overnight or even in 3 months (since the failure of Mitt Romney to win election), but needs more time to nurture as 48% of the voting public need to lick their wounds.

It seems that Eric Cantor read Muterbaugh's blog & is starting to take action on creating a new image for the GOP. The question now is do Americans want to vote for an image or for action & change? A wolf in sheep's clothing is still a wolf! What the party really needs is what Muterbaugh expounded in a previous blog, "A Paradigm Shift."

This country needs both the Democratic and Republican Parties. How else will we establish a true national conversation on important issues, & Don Mutersbaugh is a strong & thoughtful mouthpiece for the GOP & Conservative Party.

I agree with Mr. Mutersbaugh when he writes, "...we will have continual confusion and lack of direction for the conservatives in this country, until the leaders of the GOP stop thinking about themselves."

Maybe we should take a lesson from the past and start to think as one for what is best for the US and have both parties come together for that common goal as a voice of reason with the "new" Democratic-Republican Party!