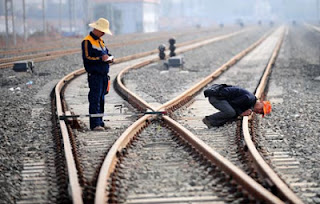 The Republican Party needs a paradigm shift. The Party has become fossilized by preferring the familiar to the unfamiliar, the proven to the unproven, and not shifting its election strategy to the changing times and culture. It's as if the Republican Party exists within a bubble that totally ignores the storm outside. I do not believe that tweaking and in-flight modifications are going to work; a major overhaul needs to be done.

One of the first things that has to be decided is whether the Republican Party is to continue to be a Party of set principles and attitudes or whether it should become a living party that adapts to the changing circumstances and the culture of the times. Inherent in this decision is whether the Republican Party wants to have a firm stand on a plethora of issues that will define it as a Party of unbending conservative, rich, white, males [perception]; or, whether it wants to stand a chance of winning any future elections. A complete rethinking of many issues is necessary, including how to attract people of color – African-Americans and Latinos. A new attitude needs to be developed concerning lesbian, gay, bisexual, and transgender voters. The other major block of voters, the female population, needs to be invited back into the Party with a more realistic outlook on the issues that are of primary concern to them – and not the Republican establishment.

Out of this will come another set of hurdles that will need to be addressed; these are all centered on perception versus reality. Allowing the mainstream media and others to define what the Republican candidate and agenda are of course presents a problem from day one. Very little progress will be made winning the electorate as long as the message is not getting through the way the Party and candidate wish it to. The voter perception of what the candidate and Party platform stand for when the lever is pulled will be based on that frame of reference – and not necessarily the reality of what is really being presented. A paradigm change is inevitable.

The Republican Party needs to establish an alternative to the mainstream media. It is of primary importance that a communications plan be developed which bypasses the mainstream media and goes directly to the public. The Party has to make a decision that the mainstream media will attack conservatives regardless and that they should basically ignore them and work around them anyway possible to get the message directly to the people. The Republican Party also needs to get into a more sophisticated electronics game communicating a soft message about the Party and what it's doing to make for a better America (e-mails, blogging and tweeting, Facebook). Mental inertia has to be overcome when trying to convince voters that there is a new platform in place so that the word “Republican” doesn't evoke the negative image that the word apparently has today.

Another major decision that might need to be made: delegate more activities and finances to the state and local parties. The Republican Party needs to strengthen its grass roots organizational structure. This is especially important to a strategy of bypassing the mainstream media. One way to help in this effort at the national level might be to form several rapid response teams which could be deployed quickly to key states. These units, consisting of 10 to 15 people who are trained in a variety of political activities, should be specialists and professional organizers. These rapid response teams could be deployed to assist each of the statewide organized Republican committees.

Currently, it is estimated that the United States has approximately 47% of the people on some form of government entitlement. I personally believe that the number is greater, maybe even more than 50%. This becomes a very large problem because we are moving into a world in which there are more takers than givers. It appears that we have a government of: “Ineptocracy (in-ep-toc'-ra-cy): a system of government where the least capable to lead are elected by the least capable of producing, and where the members of society least likely to sustain themselves or succeed, are rewarded with goods and services paid for by the confiscated wealth of a diminishing number of producers.” [http://www.urbandictionary.com]. On first blush this may seem to be humorous; but in reality, it is quite scary.

The revolution and the paradigm change are necessary; the question is how to resolve the crisis and facilitate a paradigm change without completely destroying the Republican Party. There will have to be some deep soul-searching and negotiation to assimilate all ideologies while differentiating what the Republican Party really stands for within the context of the current culture. Unfortunately, it might take a generation to implement the changes necessary to bring the Republican Party back into parity with the majority of the voters. Something has to be done or the Republican Party needs to resign itself to continual losses in the political arena. While there might be parochial gains within state legislatures, governorships, and occasionally a U. S. House of Representatives or U. S. Senate seat, competing at the national level for the position of President of the United States will be difficult at best, and perhaps, futile in the long run.

Donald G. Mutersbaugh, Sr. earned his Bachelor of Science degree from the University of Maryland and his Master of Business Administration degree from Mary Washington College. He is the former Associate Administrator of Information Resources for the U.S House of Representatives.

Posted by Scot Faulkner at 6:06 PM

Interesting post by guest blogger Don Mutersbaugh. Don is someone who is a thinker and appears to do some research on his own critical thinking. I am delighted that Don, giving advice to the Grand Olde Party is suggesting a major change. We need a strong Republican party. The US needs two or three or four strong political parties as with strength comes competition and with competition it will be the well built ideas, factual and resourceful ideologies and universal concepts that will raise the bar for all of us. So I reply to this guest contributor, "Bravo Mr. Mutersbaugh" for thinking on your own and stepping out of the Republican Comfort Zone while going out on a limb for the good of The Party and all people of this great country of ours.

Lastly, I believe I am missing one point he makes. That is the one of the "mainstream media." Isn't FOX News the rapid response team units you are referring to?