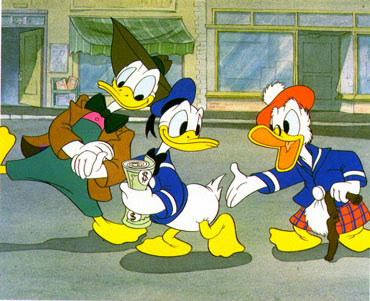 This article was published on the History News Network
http://hnn.us/articles/how-solve-fiscal-cliff-problem-responsibly

There are three legs to the stool of Federal Fiscal Solvency - Cut spending, entitlement reform, and revenue generation. Few of the Washington power players are realistically discussing any of these, but revenue has generated the most polarized rhetoric.

All our lives are impacted by the way our Federal Government raises the $2.9 trillion it needs to function. That is why it is important that any revenue element of a “Fiscal Cliff” deal is weighed not only for the amount, but for its “tax incidence”.

Tax policy punishes or promotes economic activity either with intended or unintended consequences. Government tax policy has become social policy, resulting in an amazingly complex and voluminous tax code. The federal tax code is over 5.6 million words or 3,458 pages – seven times longer than the Bible, depending on the edition. Each page, sentence, phrase, and punctuation of this Tax Code, and its countless regulations, instructions, and manuals, determine winners and losers within the economy. These regulations are further subject to equally voluminous interpretation through administrative and judicial rulings.

There are nearly an infinite number of ways individuals, companies, and an array of other entities, can navigate this tax landscape. Lost in this morass is the original intent for many of these pathways and how they are supposed to positively guide economic behavior while raising desired revenue.

Democrats obsess over raising tax rates on the wealthy, and Republicans remain vague about “tax reform”. Thankfully, one person has conducted a detailed review of the Federal Tax Code and found $992 billion in possible tax saving/new revenue over the next ten years – without raising tax rates.

In July 2011, Senator Tom Coburn (R-OK) issued his “Back in Black” report. http://www.coburn.senate.gov/public/?p=deficit-reduction

“Back in Black” is a 624-page detailed, line by line, analysis of how the Federal Government can cut waste, achieve operational efficiency, and find the revenue needed to get out of debt.

Coburn’s final section (pages 558-624) addresses how decades of tax policy decisions have created a multitude of opportunities for special interests to avoid taxes, or obtain tax incentives and subsidies, while harming the general populace (pushing the tax burden onto others and driving up the debt).

Reviewing some of Senator Coburn’s examples of how our tax code runs amok is instructive and sobering. Coburn’s ideas represent the most economically neutral opportunities for new revenue and should be part of any strategic “Fiscal Cliff” agreement.

Subsidizing millionaires - Individuals with over a million dollars in income benefit from more than $7 billion in tax relief annually through the mortgage interest deduction. Under current law, homeowners can deduct the interest paid on home mortgages for primary residences and vacation homes loans of up to $1 million, resulting in lost federal revenue of nearly $88 billion. Even a yacht can be considered a second residence—as long as the luxury boat has a “sleeping, cooking, and toilet facility” and an individual lives in it for at least two weeks a year.

Subsidizing foreigner gamblers - Americans must pay taxes on their winnings at horse and dog tracks in the United States, but not foreigners. This deprives the Federal Government of $30 million over the next ten years.

Subsidizing Hollywood – In order to encourage Hollywood to produce feature films and television programs in the United States, entertainment companies may deduct up to $15 million in certain costs associated with the production of television episodes and movies where at least 75 percent of the compensation costs are for work performed on U.S. soil. Allowing Hollywood to benefit from this accelerated cost recovery results in federal revenue losses of at least $30 million a year.

Allowing fraud - Within the Additional Child Tax Credit (ACTC), individuals without a valid Social Security Number (SSN) claim $1.780 billion a year, or $17.8 billion over ten years. Congress has not provided the IRS with adequate authority to deny these fraudulent claimants.

No documented impact – The 1993 Government Performance and Results Act (GPRA) is supposed to hold every federal activity accountable for actually achieving intended results. GPRA is routinely ignored, not only for federal expenditures, but for tax expenditures. Two examples are Empowerment Zones (EZs) and Renewal Communities (RCs). EZs and RCs are federally designated poverty or distressed areas where businesses and local governments receive federal grants and tax incentives in exchange for locating and developing in these zones. Nearly $1.8 billion in grant incentives provided to EZs and RCs have been allocated since 1993. However, the Government Accountability Office (GAO) and the Inspector General at Department of Housing and Urban Development (HUD) have not found any tangible improvement in community outcomes.

Bailouts without end - The IRS has excluded major Troubled Asset Relief Program (TARP) recipients from certain tax obligations for potentially the next 20 years. These TARP recipients may avoid paying more than $90 billion combined in taxes because of this special tax treatment. This includes AIG, which has accumulated over $25.6 billion in carry-forwards and other tax-deferred assets; New GM, which will avoid as much as $45.4 billion in taxes because of the Treasury Department‘s exemptions; and Citi, which will use $23.2 billion in carry-forwards and other credit carryovers in just one year.

Malfeasance - The Internal Revenue Service found nearly 100,000 civilian federal employees were delinquent on their federal income taxes, owing over $1 billion in unpaid federal income taxes. The federal government has also failed to collect more than $62 billion in penalties owed by swindlers, criminals and others cited for violating federal laws and regulations and this amount has increased dramatically.

It is truly sad that none of these issues were discussed during the 2012 campaign. Republicans, in particular, could have avoided being branded as coddling millionaires. Each side is equally guilty of over politicizing these serious management and economic issues. The fact that Senator Coburn’s published report has remained in the policy wilderness for the last seventeen months is unconscionable.