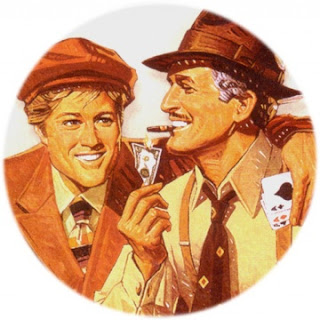 The following appeared in the Washington Examiner

The only way the real fiscal cliff can be addressed is for everyone in Washington, D.C., to stop talking about the fake one. Here's the reality: The bomb is about to explode in the hands of its own maker. There is no disaster looming, only one created by the same Congress and the same president who are now voicing dire warnings about sequestration. The coming demise of federal programs is a manufactured problem, designed to meet the partisan needs of each side of the current debate.

Congress and the White House assert that $1.2 trillion must be cut from the federal budget over the next 10 years. This multiyear effort commences on Jan. 1, 2013, with $50 billion in cuts from the Defense Department and $70 billion from discretionary domestic programs. Everyone in Washington, D.C., including the pundits, has been creating increasingly apocalyptic visions of what will happen should these cuts occur.

It never had to be this way. There is currently $2 trillion in unexpended balances arrayed throughout the federal government for the current fiscal year. According to both the Office of Management and Budget and the Congressional Budget Office, $687 billion of these balances are completely unobligated.

Again, in 2012, the Government Accountability Office, or GAO, and the 73 department and agency inspector general offices identified more than $650 billion in annual, ongoing waste. The vast majority of these findings, and the actions recommended to address them, have never been acted upon by either the executive or legislative branches.

Finally, there's the federal government's legendary and perpetually unaddressed inefficiency. Large private corporations, like Walmart, have at most five layers of management between their front line service personnel and top executives. The federal government has upwards of 23 layers.

Given these three facts, why are our political leaders saying that federal spending cannot be cut, and that they must have more of our earnings and wealth to make ends meet? 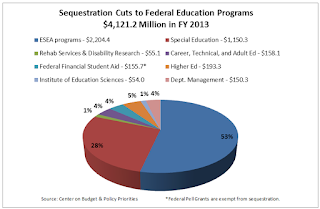 What should have been a serious management exercise has become a race to see who can paint the worst scenario should budget talks fail. Democrats cite the collapse of social services and education, while Republicans predict massive layoffs of defense contractors and the hollowing out of our military. Both sides predict chaos in the economy leading to a second recession.

Democrats won the election, so they are now in the best position to use this crisis that both parties manufactured. They are setting off a stampede for more tax revenue that Congress will probably just spend away anyway. Had Republicans won, they would probably be calling for ideologically focused spending cuts (like public broadcasting) to prevent the ruin of the military.

Congress and the White House designed the sequestration to wreak destruction on government services and the economy as a way to create a false sense of urgency for a substantive budget solution. Their plan, if it was a plan, has backfired.