Conservatives at a crossroads: Harold Hill vs. William F. Buckley 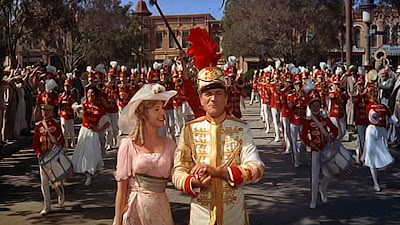 Published in Politico
http://www.politico.com/news/stories/1112/84101.html
By: Scot Faulkner and Jonathan Riehl


The GOP’s trouncing has triggered a wave of “soul searching” typical in its post-election timing, but more significant in its impact for our politics and for the conservative movement — if there is one. We think not. The conservative crisis of 2012 is not just a crisis of messaging; it is a crisis of conscience.


The cast of characters now presenting themselves as conservative leaders bear nothing in common with the intellectual cadre that brought the movement to prominence in the 1960s and 1970s. For months we watched in horror as a parade of Harold Hill hucksters mouthed empty tea party phraseology, followed the advice of Dick Morris and Karl Rove, and parroted Frank Luntz’s magic words — all the while selling a boy’s band that simply does not exist. Their polls, their news, their understanding of America, are a façade. The people of River City — the conservative base — were willingly sold a bill of goods. They got their reality check on Nov. 6.

Like the traveling salesman from “The Music Man,” the right’s media echo chamber has captivated the townsfolk. It is full of rapid-fire talkers, fearless pugilists and moralistic re-enforcers. To be clear, media access and its persuasive power have always been central to the conservative cause. But how far we have come from the days when William F. Buckley, Jr. hosted a PBS program called “Firing Line,” where conservatives of all stripes, liberal intellectuals and policymakers debated issues in depth. Today the conservative base prefers the endless recitation of things it already believes.

In a larger sense, the problem extends far beyond the “dumbing down” of a noble policy movement into cartoonish diatribes mouthed by one-dimensional personalities. It’s not about bad messaging. It’s the lack of any coherent framework or foundation for that message.

The movement, once a coalition of cold warriors, traditionalists and free marketeers, no longer exists. Buckley did not preach an ideology; he helped maintain a fusion of different factions. The key players, and candidates, came from very different camps but were united in a fundamental understanding of the limited role of government and the power of the individual. These groups often disagreed. But their differences were worked out through reasoned debate and exchange, guided by a 300-year provenance dating to John Locke and earlier.

What we see today, in contrast, is a dialogue of empty sets of talking points with no intellectual content or critical thinking to back them up — epitomized by Mitt Romney’s foundationless candidacy that pandered to a shrinking and ideologically extreme base. But conservatism, as it was understood by those who built the movement in the postwar years, was never an ideology. The great conservative philosopher Russell Kirk wrote in the early days that properly understood conservatism is not an ideology, but rather “a mood.”

Ideology and ideologues were imported into the party in recent years, especially by extreme theocratic types whose embrace of an intrusive Big Government is in fact antithetical to Republicanism and conservatism. Others, including the neoconservatives, embrace expanding government for their adventurist war agenda abroad and anti-libertarian activism at home.

A different conservative intellectual legacy extends back to Edmund Burke and beyond, a legacy emphasizing the long view over the short one, which thrived not on political marching orders but on debate and diversity. It is a tradition that dates to the dawn of Western civilization and the invention of democracy grounded in the practice of rhetoric. The modern conservative media machine, in its vapid self-congratulation, is a total negation of this tradition. While a few survivors still try nobly to maintain the real conservative tradition, their voices are drowned out by those who want to blame the media, demographics, Obama flimflams, and anything else — except themselves.

The two authors here come from different generations and our own politics are not in line with each other all of the time. Still, we have both studied conservatism, and share an admiration for the movement built over the past 60 years. We are saddened to observe what has become of its legacy — and its cast of pretenders to the throne. If you are a Republican, it is a sad day for your party and the movement that built it. If you are a believer in American democracy, it is a sad day for the country.

Scot Faulkner was Director of Personnel for Reagan-Bush 1980 and Chief Administrative Officer of the U.S. House of Representatives under Speaker Newt Gingrich. Jonathan Riehl, J.D., Ph.D., is a communications consultant for political campaigns and national nonprofit organizations.