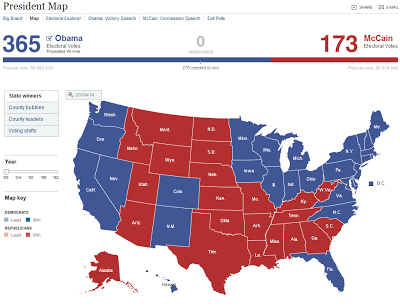 What kind of President will Obama be?

He has numerous role models ranging from the utter failures of Bush the younger and Carter, to the mediocrities of Bush the elder, Eisenhower, Ford, Kennedy, and Johnson. He can learn from the brilliant flame-outs of Nixon and Clinton or be inspired by the clarity and certainty of Reagan.

There will be many reality checks in the coming months and years ahead to help Obama and Americans focus on what is working and what needs further refinement. The most fascinating phenomena will be watching how the changing power position of Republicans and Democrats may change their world views. In Washington it is all about partisan pot shots, not principle. You are for or against something because your opponent has taken the opposite stance. No one cares if the other side actually has a good idea – admitting such a thing may undercut your next fundraising campaign or harangue on CNN.

So, let's review who was for what during the last eight years:

Republicans were solidly for an imperial presidency. They cheered every expansion of presidential power and executive privilege.

Republicans were for national government. From “No Child Left Behind” onward, Republicans ignored the tenth amendment to our Constitution in order to promote nationalism over federalism.

Republicans were anti-libertarian. They enthusiastically curtailed basic freedoms and kicked down every barrier to privacy in their zeal to find terrorists in our midst. The fact that they found about as many real terrorists as they did weapons of mass destruction was immaterial.

Republicans were for big government. Budgets expanded, earmarks were embraced, and new agencies were built.

Republicans ignored congressional oversight. The Bush administration could do no wrong. Foibles were overlooked or forgiven. At one hearing Rep. Tom Davis shrugged and said it was no big deal that $5 billion in cash was missing in Iraq.

Democrats, on the other hand, became zealots for oversight. Rep. Waxman held one hearing after another on a wide range of issues. Senate Democrats hauled countless Administration officials before their committees to explain their actions.

The media was also relentless in their exposing Bush and Republican scandals and incompetence. Conflicts of interest, cronyism, and nepotism were documented and railed against.

Now everything is different. The Democrats are in the driver’s seat throughout Washington. So, the question must be asked. Will this change of fortune change everyone’s point of view? Will Republicans still cheer a strong presidency under Obama? Will Democrats still want to zealously review executive branch actions? Will the media continue to root out Administration scandals?

For a vivid insight let’s turn to today’s “Morning Joe” program. Chris Matthews, one of the relentless attack dogs against Republican skullduggery, had the following exchange:

CHRIS MATTHEWS: Yeah, well, you know what? I want to do everything I can to make this thing work, this new presidency work, and I think that --
JOE SCARBOROUGH: Is that your job? You just talked about being a journalist!
MATTHEWS: Yeah, it is my job. My job is to help this country.

Let the games begin!
Posted by Scot Faulkner at 8:46 PM