PATRIOTISM WITHOUT A PARADE 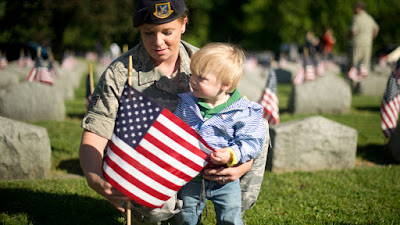 The swamp at center stage is the last thing Trump should want.

The last thing America needs is for the world’s attention to be fixed on a parade in Washington, DC. The swamp’s elite will hold viewing parties and be comforted in the visual validation that really important things only happen in Washington, DC.

A big national parade, like Bastille Day in France, is not America. France is a national government. Its entire history is based on centralized government. Even regionalism is discouraged.

Military parades in France versus America are not about Parisian cobble stones bearing the weight of tanks better than Washington’s pavement. Washington, DC hosted military parades after the Civil War, World War I, World War II, and the First Iraq War. No parade occurred for the end of the Cold War, one of the most important victories in world history.

Americans honor heroes, military and first responders, in countless community events. Every Memorial Day, honoring those who died for America, and Veterans Day, honoring those who served America, ten of millions of ordinary citizens attend local events. Parades, speeches, memorials occur on main streets, public squares, in churches and cemeteries. Americans do not need or want Washington, DC upstaging them in honoring our heroes. The swamp should not prevail.

President Trump can do something very patriotic and meaningful that will last far beyond one flashy display in Washington, DC. He can reignite patriotism in the next generation.

Civics are rarely taught in American classrooms. History is shrunk and dumbed-down. For America to remain America, the young must be taught why we should love America and the ways to express that love.

Organizations like Constituting America make America’s founding principles and documents come alive to young people. Their lesson plans, contests, and creative programs should be promoted in the curriculum and content of all K-12 classrooms.

A rural middle school holds an award-winning immersion on what it is was like to be a Civil War soldier. A small university has students write the life stories of local soldiers who died and have them read their paper while standing next to that soldier’s grave. Every school day, inspired teachers find ways to make learning a life changing and affirming experience.

President Trump should make sure these proven ways to establish patriotism among America’s young people are promoted and funded. The Department of Education could establish grant guidelines that fund patriotic and civic education. The National Endowments for the Arts and the Humanities could fund projects and programs that promote patriotism and civic education. Trump should appoint leaders to the Corporation of Public Broadcasting who will make honoring America’s military a program priority.

There are proven ways to make sure the legacy of Americans who served, and who gave their lives, live on in the hearts and minds of the young. Teaching patriotism to future generations assures America remains America.

Parades are fun and can be very moving, but they are fleeting. Honoring America’s military, and America, should be timeless.

Posted by Scot Faulkner at 7:00 PM