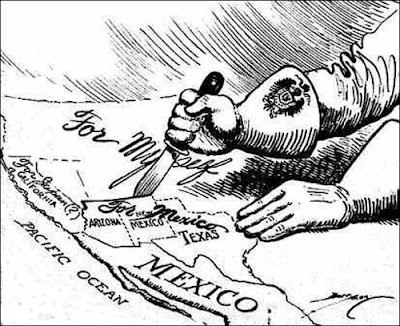 The outrage over foreign meddling in America’s political system is justified.


Declaring it the worst ever experienced is not.


Since its founding, America’s principles and civil culture have been a major influence across the world. Undermining or redirecting America’s influence has been a magnet for meddling.

Initially, England and France tried to manipulate America. The leaders of the French Revolution funded Philip Freneau to undermine Alexander Hamilton. Anthony Murray, British Minister to the United States, conspired with Vice President Aaron Burr to establish a rival country in parts of the Louisiana Purchase and the Mexican southwest.

The Mexican Revolution provided the perfect environment for German mischief. Germany armed various factions and promoted the “Plan of San Diego”, which detailed Mexico’s reclaiming Texas, New Mexico, Arizona, and California. Even before the war, Germany promoting fears of a Mexican invasion pulled America into a bloody confrontation in Veracruz in April 1914.


There are indications that Germany funded and inspired Pancho Villa’s March 9, 1916 raid on Columbus, New Mexico. This led to the U.S. invading northern Mexico (March 1916 - February 1917) to hunt down Villa. The invasion further diverted America’s attention away from Europe and soured U.S.-Mexican relations.


Germany’s most creative method for keeping America out of World War I was a fifteen-part “Preparedness Serial” called “Patria”. In 1916, the German Foreign Ministry convinced William Randolph Hearst to produce this adventure story about Japan helping Mexico reclaim the American Southwest.


“Patria” was a major production. It starred Irene Castle, one of the early “mega-stars” of Hollywood and Broadway. Castle’s character uses her family fortune to thwart the Japan-Mexico plot against America. The movie played to packed houses across America and ignited paranoia about the growing menace on America’s southern border.


“Patria”, along with other German machinations, clouded the political landscape and kept America neutral until April 1917. These elaborate ruses, along with the invasion chasing Pancho Villa, may have continued to keep America out of WWI except that Germany’s next move was intercepted by British Intelligence. The infamous “Zimmermann telegram” exposed German support for Mexico invading America. The British delivered this incendiary message to President Wilson on February 24, 1917. Even then, Wilson’s obsessing over Mexican expansion delayed America’s declaration of war on Germany until April 6, 1917.

In the 1930s, the rise of Nazism in Germany led to a new round of foreign meddling in America. The German-American Bund, funded by the Nazis, established local organizations, including youth summer camps, across the U.S. Their goal was to mobilize the 25 percent of American’s with German heritage into a political counter-force. They also wanted to deflect concerns of Nazism in the hopes of delaying American involvement in the coming world war.


During the “Cold War” (1945-1989) the Soviet Union spent over $1 billion on creating and supporting political movements designed to undermine American resolve. This included various “Peace Councils” advocating for the U.S. to end its nuclear program and disarm.


Soviet meddling in U.S. politics peaked during the Vietnam War, when they launched dozens of front groups to turn American opinion against the war. Many of these group raised doubt about the legitimacy of America’s political system. John Kerry’s “Vietnam Veterans Against the War” was used to alienate Americans from veterans in order to demoralize the country.


Soviet-backed groups tried to stop President Ronald Reagan’s deployment of Pershing II Missiles in Europe in the1980s. In 1985, even Time Magazine admitted that the apocalyptic “nuclear winter” arguments were developed by the Soviets to “give antinuclear groups in the U.S. and Europe some fresh ammunition against America's arms buildup.”

The collapse of the Soviet Union and its empire gave America a brief respite from foreign meddling. Then the information age brought easier access to America. Today, China, Russia, Radical Islam, Iran, and an array of minor players, are using cyberwarfare to disrupt America, including efforts to “hack” our voting systems. They are becoming increasingly adept at filling social media with fake news, fake events, and fake commentary.


Major General James Jackson, the longest serving of George Washington’s officers in the American Revolution, issued the immortal warning that should guide us today:


“Eternal vigilance is the price of liberty.
Let the sentinels on the watch-tower sleep not, and slumber not.”

I cannot recall seeing anyone claim that the recent Russian meddling in the US election of 2016 was the worst ever, and I notice that Faulkner does not provide any examples of people who have said that.

The Soviet Union did meddle in American politics during the Cold War, but this essay wildly exaggerates the magnitude of that meddling. Vietnam Veterans Against the War, for example, was not a Soviet front group.

Historian Michael Becshloss stated "Russia's meddling in the 2016 Election was the worst American history" on the Rachel Maddow Show (MSNBC) last week. She enthusiastically agreed. That is what inspired this column.