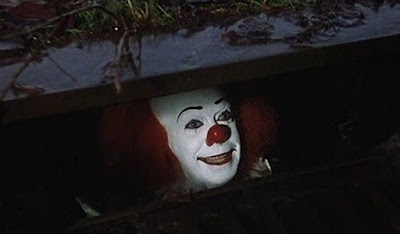 The darker side of Washington unfolds around us - Members getting drunk to the point of falling off bar stools and then being dragged to the House Floor to vote; married Members hitting on and picking-up young female staffers and interns; lobbyists bringing attractive female “associates” with them to draw Members to their tables. It was stomach turning. We, sadly, could only shake our heads in amazement and shame. We pledged to rid the House of this culture of moral abandon if we ever got control of the Chamber.

What an insane place it was.  Could the Republicans actually change such a dysfunctional and abusive environment?  A close friend and colleague walked in on his boss having sex with a young female staffer in the middle of his desk. The married Congressman immediately fired this senior legislative aide and warned him that he would make sure he never worked again in Washington if he ever told people the real reason he was let go.

House staffers would relate countless stories of staffers they knew who had to do personal errands and favors for House Members or face immediate dismissal. Tantrums by Members, sometimes resulting in physical harm, sometimes in mass firings of their staffs, were commonplace. Our running joke was that the U.S. House of Representatives was America’s largest adult daycare facility.

We encountered ever stranger evidence of the most corrupt, dysfunctional, and surreal operating environment in any of our professional careers. The fact that this abuse and mayhem was being fueled by public funds appalled all of us.

Every hour that went by unearthed amazing stories of abuse and chaos. Were they fact or fiction?  Some overlapped material already known, but others broke new ground for audacity…this was flagrant abuse of congressional power. “It’s almost too much to bear. What kinds of people are running this place? This is madness!”

The worst stories related to how sexual favors were demanded by both supervisors and Members. They told of how stress and hopelessness led to fist fights and, in one case, a knife fight. They told us of how their supervisors and the Capitol police looked the other way.  Everyone seemed scared of what powerful Members and their handpicked managers would do to them… this sickened us. Was this really happening in America?

These horrific descriptions are excerpts from the book “Naked Emperors” that was published in 2008 [https://www.amazon.com/Naked-Emperors-Failure-Republican-Revolution/dp/0742558819/ref=sr_1_1?ie=UTF8&qid=1511223742&sr=8-1&keywords=faulkner+%22naked+emperors%22].  It revealed rampant abuse dating back to the 1970s, documented with over 300 footnotes and countless interviews.

In 2008, the public was not ready to confront just how bad Congress had become.

Thankfully, victims are now more willing to come forward and the media is more willing to believe them.  Decades of damage occurred because few wanted to risk reprisals from the powerful they unmasked. It is tragic to think of all the lives that are forever damaged by not stopping this sooner.  Too many politicians and journalists callously looked the other way.

Finally, Congress seems to be coming to grips with its institutionalized abuse. House Speaker Paul Ryan has mandated sexual harassment training for both Members and staff.  He is the first Congressional leader saying he is willing to stop the systematic and systemic cover-up of their toxic work environment.

We can only hope that Ryan and the Republicans are sincere and that the era of Congressional perversion and abuse may finally be over.


I BELIEVE THAT IT IS TIME TO CLEAN THE SWAMP TOTALLY AND STARTING WITH THE CONGRESS AND THEIR LIARS WHO ARE ALWAYS OPPOSITE OUR PRESIDENT NO MATTER WHAT HE DOES. ALSO GET RID OF ALL THOSE NOTHING DOERS AND LIARS WHO ARE NOT WITH OUR PRESIDENT. THEY ALL ONLY WANT TO DESTROY THIS BEAUTIFUL AMERICA AND GOOD AMERICANS.

WE, THE PEOPLE HAVE HAD ENOUGH. ENOUGH WITH WASTING THE TAXPAYERS MONEY; INSTEAD USE IT TO BUILD BETTER HOMES AND EDUCATION FOR OUR OWN POOR PEOPLE WHO CAN NOT AFFORD A DECENT LIVING NOR THE OBAMA HEALTH INSURANCE.
YES, ENOUGH IS ENOUGH! NAH DEH.