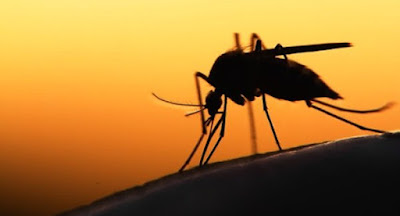 The battle over funding necessary research to combat the spreading Zika Virus has ground Congress to a halt.
The Obama Administration has plead poverty and asked for $1.9 billion in additional funds. Congress decided to exploit this urgency and necessity by loading up the legislation with politically charged amendments. Votes on such amendments are used by both parties to fuel fund-raising appeals.
Once again, the Washington, DC Establishment is putting partisan fund-raising ahead of the health and safety of Americans.
It gets worse – $21 billion in unspent unobligated funds are already laying around the very programs and agencies charged with fighting Zika.
On August 26, Senators Charles Grassley (R-IA) and James Lankford (R-OK) sent a letter to the Secretary Burwell of Health and Human Services (HHS) calling her out on these unexpended balances. She responded back on September 1, asserting she had already “repurposed” $374 million and could not do anything more.
Unfortunately, Burwell’s response contradicts President Obama’s declaration that $589 million has been “repurposed”, and the fact that only $180 million has actually been spent.
Washington’s budgetary “hide and seek” needs to stop.
Every Federal Department and Agency ends the fiscal year with unspent funds. Former Senator Tom Coburn (R-OK) exposed this in his ground breaking report “Money for Nothing” issued in June 2012. Since his report, the amount of federal funds sitting doing nothing, and because they are unobligated will continue to do nothing, has soared to $909 billion.
This nearly $1 trillion in tax dollars are hiding in plain site. Go to the Office of Management and Budget website. Look up “budget” and “assets”. Every penny of federal spending is reported and categorized. Accounting code “1941” is for “unexpired unobligated balances”. Fiscal years 2015 (actual) and 2016 & 2017 (projected) are listed.
It does not take a certified accountant to realize there are a lot of “1941” line items in every part of the federal budget, each totaling millions of dollars. The Government Accountability Office (GAO) uncovered 7,500 expired grant accounts spread through HHS’s Payment Management System, all with funds that will never be used.
The two front line agencies charged with researching and fighting Zika are the Center for Disease Control (CDC), with $1.27 billion in unobligated funds, and the National Institutes of Health (NIH), with $722 million in unobligated funds. Both program directors have testified that they are completely out of money.
It is unseemly to play bureaucratic and partisan games with peoples’ lives.
16,000 Americans have become infected by Zika, mostly in Puerto Rico. So far 17 American babies have been born with birth defects and another 5 died in miscarriages. This is just the beginning. Zika has substantially impacted Brazil, with approximately 1.5 million cases. Encephalitis type illnesses are causing memory loss and depression in adults, while neurological birth defects (such as smaller frontal lobes) have risen 400% since 2014.
Congress is racing the clock on funding the federal government past September 30, 2016. Members spent more time this year in Republican and Democrat fund-raising call centers than doing their job.
This Congressional negligence means yet another fiscal cliff, with the usual government shutdown hysteria ending in a Continuing Resolution (CR). This year’s battleground is already strewn with political explosives. Conservatives want to ban Planned Parenthood from using federal funds to screen pregnant women for Zika. Liberals somehow think banning Confederate Flags has something to do with public health.
Washington, DC is infested with political parasites and infected with arrogant opportunism.
It is time to consider a revolutionary cure, which includes stopping the budget games and spending tax dollars wisely.
Both sides should listen to Trump’s call for putting America, and Americans, first.