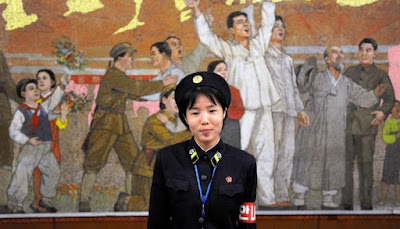 
August 15, 2015 is the 70th Anniversary of the establishment of modern Korea. It is time for some new thinking about reuniting the two Koreas.


Long before last century's partition, Korea had been a unified people since 676 A.D., and flourished in peace for over twelve hundred years. It was only the Allies' actions at the end World War II that tore this longstanding civilization apart.


On March 24, 2014, President Park Geunhye became the first South Korean leader to make reunification a priority. In her "Dresden Speech", she drew parallels to how the German people benefited from reunification after the fall of the Berlin Wall, "As I ponder on where a united Germany stands today and where the Korean Peninsula seems headed next year — namely 70 years of division — I find myself overwhelmed by the sheer weight of history … the images of one Germany encourage those of us in Korea to cement our hope and our conviction that unification must also come on the Korean Peninsula."


But how can the dream of reunification become reality?


The world needs to embrace a new dialogue about the inevitability and desirability of reuniting the Korean Peninsula. Leaders across the DMZ and the political spectrum need to think more about people instead of power.


Time is critical. Every year, over 3,800 South Korean citizens pass away without knowing the fate of their loved ones in the North. President Park wants family reunification to be the first substantive and humane step towards re-engagement. Even the years of estrangement between the U.S. and Cuba allowed divided families to interact. Reuniting Korean families should be a priority among international organizations, and the nations participating in the Six Party Talks.


Creating co-prosperity is another action transcending ideology for the greater good. China understood this when it established Special Economic Zones in August 1980. North Korea is already reaching out for foreign investment and knowledge. They have established their own version of SEZs. The challenge is whether North Korean SEZs will stimulate real economic reform and openness, as in China, or be a cynical attempt to exploit Western naiveté and steal resources, as with Lenin's New Economic Policy in the USSR during the 1920s.


President Park is willing to take that chance and lead South Korea into an economic partnership with North Korea. South Korean companies could become major employers of North Koreans. These companies could also begin the long process of improving North Korea's infrastructure. Viable roads, rails and bridges are needed to support the supply chains to support successful SEZ factories.


South Korea is realistic about co-prosperity. The Kaeson Industrial Region failed in 2013 because the North Korean government expected South Korean companies to act like parastatals and become another cog in communism. The new North Korean SEZs will be based upon lessons learned from Kaeson.


Another learning curve is occurring with the Choson Exchanges. In this case, North Korea is sending some of their "best and brightest", especially women, to China, Indonesia and other Asian countries to learn about private sector management. They need western companies in the SEZs so they can apply their new knowledge.


The Soviets failed when they tried to append capitalist principles to dysfunctional state-run industries and unrealistic five-year plans. North Korea needs to understand the truism that state-run companies will fail no matter how many outside ideas are introduced. Underlying statist principles absorb and destroy free market ideas like white cells attacking infection. Only through credible and viable SEZs will North Koreans realize the benefits of these early forays into the world beyond their borders.


Beyond SEZs, North Korea should be open to South Korean partnerships to fully realize the potential of its vast natural wealth. North Korea has reserves of more than 200 mineral types distributed over 80% of its territory. Developing these natural resources could dramatically increase the wealth of North Korea. South Korea and China would benefit from access to these minerals. Revenue from mineral exports could fund improvements in the North's agriculture that would bring real nutrition to its people.


The bottom line is that China and South Korea have a vested interest in bringing North Korea into the family of nations. Real economic development will improve the health and well-being of the North Korean people. Reuniting families and opening economic exchange would be the first steps toward reuniting an ancient culture, benefitting the region and the world. Openness and interaction offer North Koreans a better future than living in an isolated pariah state.