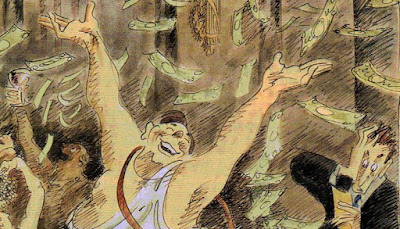 
The biggest fiasco of the year is about to occur. No, it is not a Presidential debate. It is the travesty of the budget battle for Fiscal 2016.


The budget battle will begin in earnest after Labor Day. Republicans will take things to the brink without a strategy or preparing their case for frugality. This is a recipe for disaster.


Republicans have been in charge of the entire Legislative Branch since their landslide victory on November 4, 2014. When Members of Congress adjourned for their five-week August Recess not one Appropriation Bill had passed. The House had passed only six of the required twelve Appropriation bills. The Senate had not taken one vote. After eight years of telling voters Republicans could govern better than Democrats the budgetary results are actually worse.


When Congress reconvenes on September 8, 2015 it will have only ten legislative days to avoid a government shut down or continuing resolution. Treasury Secretary Jack Lew also formally requested another raise in the Debt Ceiling. What have they been doing for nine months?


So far there has only been posturing about defunding federal support of Planned Parenthood and somehow punishing the Environmental Protection Agency for its obtuse overreach. The collective fiscal impact of these actions is microscopic. No Republican, not even any of the Presidential candidates, is offering real solutions to reining-in rampant government spending and debt.


Even Tony Scott, Obama’s Chief Information Officer for the Executive Branch, has called out his colleagues declaring the year end spending binge, “a mad dash to load up the shopping carts”. No Republican has raised their voice against year-end spending. Holding agencies to spending only 25 percent of their funds in the 4th quarter would save $105 billion a year.


It gets worse – the brinksmanship over spending and raising the debt ceiling ignores a set of mind boggling facts.
Let the games begin!


[Scot Faulkner served as Chief Administrative Officer of the U.S. House of Representatives and on President Reagan’s White House Staff.]
Posted by Scot Faulkner at 8:47 PM