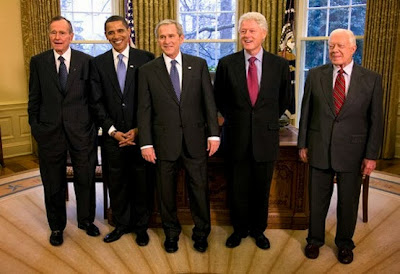 Every President confronts moments of truth that expose their inner weaknesses or strengths. The disastrous roll-out of the Affordable Care Act (ACA) has ripped apart Obama’s curtain of competence.

The bane of any powerful person is becoming insulated from reality. Sycophants and courtiers have swirled around leaders since the first hunter-gatherer campfires. The question about President Obama is whether he is the victim of this truism or its architect.

Obamacare’s implosion has generated parallels to other Presidential tipping points. The Tet Offensive exposed LBJ’s credibility gap on Vietnam and sank his Presidency. The Iranian Hostage crisis became a daily reminder of Carter’s ineptitude. His Desert One disaster opened a trap door of public revulsion, from which he never recovered. These faces of failure form a depressing portrait gallery of American Presidents, leading up to the most recent comparison of Bush’s Katrina debacle with Obama’s Obamacare.

In one aspect President Obama is a lucky man. There are no vivid visuals for his humiliating management meltdown. Thankfully for Obama, except for screen images of locked and crashed websites, there are no searing images of his disaster, like Katrina refugees in the Superdome and the flood waters swirling around New Orleans. That being said, the ACA is definitely Obama’s Hurricane Katrina. Everything that could go wrong - has. Everything that went wrong could have been avoided.

Beyond imagery, there are stark similarities between the ACA and Katrina. Both were predicted. Both were failures of leadership. Both revolve around a callous disregard for suffering. Both have Presidents who were at best clueless and at worst complicit. Both disasters are defining moments occurring eerily around the same time in their respective tenures. Neither handled the subsequent damage control very well. Bush watched his fellow Republicans sail into oblivion in the 2006 off-year elections. The fate of Obama’s Democrats has yet to be determined.

What makes these two disasters worthy of comparison is that their epic failures transcend ideology. While supporters parse and spin and opponents gleefully exploit the moment, the vast majority of Americans gasp in disgust at another failed Presidency.

Katrina was a natural phenomenon, but a very predictable one. Four days before it hit New Orleans every forecast model showed this historic devastating storm heading straight for Louisiana. By Saturday morning, 36 hours from landfall, the radar images showed Katrina as a category 5 storm, filling the Gulf of Mexico with a highly defined “eye”. While Walmart and other private companies immediately initiated their disaster protocols, the Bush Administration dithered until two days after the levees broke. It was not until the next weekend that Navy and Coast Guard ships put to sea and another four days before they reached the scene. The federal government was also amazingly deferential to incompetent local officials regarding their lax preventive actions and first responses.

Katrina was the last straw for most Americans. Republican politicians and pundits swooned over Bush while turning blind eyes to his Administration’s lengthening record of incompetence. This ranged from bungling the rebuilding of Afghanistan, to invading Iraq on at best “cherry picked” intelligence, to multi-billion dollar sole-source deals for cronies, to collective Republican complicity in rampant spending and earmarks. In 2005, Katrina broke the levees both in reality and politically. The anti-Republican deluge only ended when Obama and the Democrats overplayed their hand and paid the electoral price in 2010.

The implementation of the ACA, or Obamacare, has crystallized concerns over Obama and his Presidency. Nearly everyone uses online commercial websites. The Christmas shopping season is already underway, meaning that Americans are using trouble free, consumer friendly websites 24-7. New versions of existing commerce sites and new ventures launch daily, with only an occasional hiccup (most notably Netflix’s July 2011 pricing debacle). It is totally inconceivable that Obama did not reach out to any of the millions of web designers and digital commerce experts to advise, oversee, design, implement, or test his central legislative achievement. Why didn’t Obama tap those who revolutionized his online campaigns in 2008 and 2012?

Also, most adults have served on project teams either professionally or with volunteer groups. They know the basics of planning, resourcing, measuring progress, adjusting plans & schedules, and the fundamentals of dry-runs, rehearsals, prototyping, and beta testing. It is therefore mindboggling that Obama did none of these on behalf of his signature policy initiative.

These systemic failures on such basic levels expose the inconvenient truth that state senators do not make good Presidents. This is especially true when they serve less than two years in higher office before running for President full-time.

Ultimately, Obama’s management failure is far worse than Bush’s Katrina. Katrina started as a natural phenomenon and time was finite. Obamacare was wholly manmade with arbitrary deadlines. Katrina’s human toll is well documented. ACA’s impact on people’s wellbeing is still to be tallied.

One failure does not define or sink a Presidency. The failures of recent Presidents Johnson, Nixon, Ford, Carter, Bush 41 & 43, Clinton, and now Obama were cumulative - ranging over time and many different issues.


Obama has piled-up an amazing array of baggage since his re-election – Benghazi, IRS, Syria, Iran, the NSA, and the ACA. Once again the questions must be asked – is he a victim or an architect of his demise?
Whether victim or architect other imagery comes to mind. Obama’s rote response to each exposé has been he did not know. This mantra echoes “Chance the Gardener” in the movie “Being There”. http://www.imdb.com/title/tt0078841/ Chance remains clueless while his ill-formed utterances are deemed brilliant. The willingness of others to anoint Chance as a world leader is a biting satire on the group think of Washington power circles. Is Obama Chance?
However, being caught in his multi-year lie, “If you like your health insurance you can keep it”, also casts Obama as Elmer Gantry – a con artist flimflamming the world with golden words hoping reality will never catch him. http://www.imdb.com/title/tt0053793/?ref_=nv_sr_1
Chance or Elmer?
Either alter ego is fatal to Obama’s Presidency and its standing in history.
Posted by Scot Faulkner at 3:46 PM