A MOTHER FOR ALL SEASONS 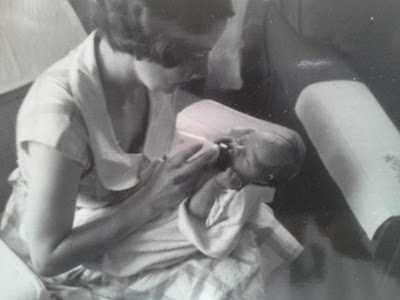 My mom passed peacefully in her sleep around 9:00 p.m. EST on November 6.

Irene had struggled with Alzheimer’s disease since 2007. In-home Hospice care began on October 28 and was a key element in making her final moments comfortable. Amanda and Ki were instrumental in providing 24-7 frontline care during her final weeks.

My Mom not only fundamentally shaped my life, but the lives of all she touched. She was a Den Mother for my Cub Scout Pack in Durham, New Hampshire and the nurse at Camp Flaming Pine for my Boy Scout Troop in Minnesota. More recently, she helped raise Amanda Hunter Newsom. Earlier, she raised her three youngest brothers, Ashel, Ed, and Dick MacDonald after her own mother passed in 1948. As a Nurse-Supervisor at the Eastern Maine General Hospital she oversaw the care of patients during World War II.

Irene lived a rich and diverse life. She grew up on a large farm in Eddington, outside of Bangor, Maine. Her family sold eggs and dairy products to families during the Depression. She hunted (mostly upland game birds), fished, skied, and skated. While living in New Hampshire she scouted out high-bush blue berry patches for making preserves and maintained large vegetable gardens at her various homes. Irene was a creative and gracious hostess – decorating barns for parties in New Hampshire, leading local festivals in Lee, New Hampshire, presiding over family reunions in Maine, and organizing political and community events in Minnesota, New Hampshire, Virginia, and West Virginia.

My mom was a life-long Republican. She was a local organizer for Barry Goldwater during his 1964 New Hampshire Primary campaign. The “This House Sold on Goldwater” yard sign that was on our front lawn proudly hangs in my home office. Irene worked diligently for Rep. Tom Hagedorn, and County Supervisor “Bud” Robb, in Minnesota. In Virginia, she was a Republican leader in Fairfax County helping numerous Republican candidates, including Rep. Frank Wolf, and State Delegate Gwen Cody. In 1982 she was awarded Volunteer of the Year by the Virginia Republican Party. From 1981-1993 she worked as a volunteer in the White House Correspondence Office. She oversaw the issuing of the President’s personal congratulatory messages and assisted in managing the White House Christmas Open Houses and Easter Egg Rolls.

Irene was inseparable to Ki, my father, for 67 years. They remained together through her passing last night. She lives on in the memories we all share, but also in the countless ways she taught us humility, instilled intellectual curiosity and a passion for reading, and fostered community spirit. We are very blessed she was a mother to us all.
Posted by Scot Faulkner at 1:01 PM