RIGHTING THE SHIP OF STATE 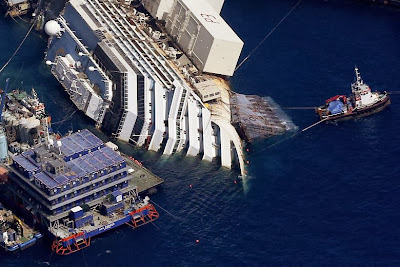 Congress and the White House are stumbling toward a temporary deal to reopen the Federal Government and raise the national debt.

This temporary fix does not solve any of the fundamental problems with government spending, fiscal management, or health policy. All it does is pull everyone back from the brink and give them limited time to find common ground.

Washington’s spiral into chaos and crisis began years ago. It accelerated after the 2010 elections. The debris field includes not just both political parties. The faith Americans and the rest of the world have in the functionality of the Federal Government is severely damaged. It is going to take more than a “grand bargain” on the budget to repair that damage.

During the descent into madness, all combatants displayed their willingness to destroy the fundamental fabric of America’s civic culture in order to win rhetorical points during ever smaller news cycles. Politicians and pundits acted as though America was a parliamentary democracy, where a legislative defeat would bring down the government, force the resignation of public officials, and trigger new elections.

Our Founding Fathers intentionally designed America’s rules of engagement to avoid the “all or nothing” confrontations that shape British legislation. Fixed terms of office were supposed to force opponents to work together and govern instead of remain in a constant campaign. The U.S. Constitution’s brilliance and resilience stems from practicality, not idealism. That said, it is going to take an historic effort on everyone’s part to repair the damage and restore trust in our institutions of government.

Unfortunately, many involved in these recent political battles seem to want to permanently undermine these institutions of government. "We are looking for an Egyptian moment here! Enough tyranny...” trumpeted an organizer for the truckers’ protest that ended up being more bluster than reality. Other political voices are advocating continued unrest and chaos. Some now champion nullification (ignoring the rules) or a constitutional convention to completely change the rules.

During 226 years living in a Constitutional Republic, Americans have weathered terrible, corrupt, and incompetent Presidents, tolerated dysfunctional and “do nothing” Congresses, and have had to retry and overturn ill-conceived Supreme Court rulings. No matter how bad things got, Americans and their civic culture persevered without risking collapse (save for our Civil War).

It is therefore dismaying that things got so far out of hand during this recent confrontation. The level of righteous ignorance about government functions and processes, the uncivil and abusive accusations about opposing agendas, and the shrill demagogy have created a hole in the fabric of our system that will take time and creativity to repair. Record low levels of support and trust in our elected leaders and record high levels of dissatisfaction must be addressed.

One possible way to rebuild rational discourse and productive engagement is to experiment with crowd sourcing and facilitated discussion. Go to http://onlinetownhalls.com/start/90 to join in an online conservation to test out a new community engagement tool.

Online Townhalls is used by professional and business groups to aggregate opinion and facilitate consensus. In 2012, the Organization of American States (OAS) and the U.S. State Department used Online Townhalls to engage citizens in 35 nations using four languages to support the Summit of the Americas.

Here is a 7-minute video that explains how to use Online Townhalls.
http://www.youtube.com/watch?v=LW2OLEM-qeE

Another way to learn about Online Townhalls is to follow a sample conversation based on the famous movie “Twelve Angry Men”. This tracks the jury’s consideration of trial evidence. http://onlinetownhalls.com/read/6

One online tool is only a very small step toward re-establishing sanity and decorum in our public processes. Just like after a wind storm, you start the recovery process by picking up the first downed branches. While chainsaws and a tree removal service may become part of the clean-up process, you have to start somewhere.

The recovery from our most recent political storm will take more than a few months. It will probably take years. We all must start somewhere. Your ideas are welcome! We must all pitch in. Perhaps trying out http://onlinetownhalls.com/start/90 is a good first step.

Posted by Scot Faulkner at 5:52 PM