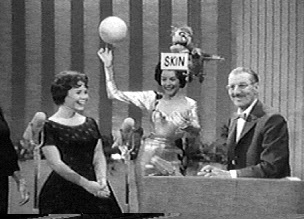 Republicans need a remedial communications course. They have flunked every test during the budget/shut down battle.

Republicans have also failed political strategy 101. They are fighting the wrong battle, in the wrong way, at the wrong time. A key element to any political struggle is advocating viable alternative actions and/or policies to those you oppose. Kicking the table over is not a policy.

The most embarrassing aspect of the government shutdown is how it is undoing Republican assertions. This shutdown was supposed to stop Obamacare in its tracks, when, in fact, Obamacare is being implemented. Signing-up on health exchanges opened the very day the government shut down to stop Obamacare. Worse, media coverage of the shut down drowned-out news stories on the wobbly start to Obamacare. Media 101 – you never step on your own headline. Obamacare’s glitches would have helped build the Republican case for strategic action toward a complete overhaul or repeal. That story is now lost to the ages.

The embarrassments continue hourly. Republicans rail against Public Broadcasting - voting to defund it every year. The government is shut down and PBS and National Public Radio are providing full programming. Such disconnects between rhetoric and reality makes the GOP look clueless on how government is actually funded. That is not the best place from which to launch a fiscal fight over the debt.

Republicans are also displaying their utter powerlessness to impact the Executive Branch. President Obama can pick and choose what to shut down with impunity. He knows it will be months before the House Oversight Committee or the Government Accountability Office (GAO) will second guess his actions. So what if they find he was arbitrary and capricious? There will be no consequences, political or legal. So America gets to watch as National Parks are shut down (a list of the more over the top closings may be found at: http://www.breitbart.com/Big-Government/2013/10/05/list-obama-closures-for-shutdown), while pro-Obama political rallies are allowed on the “closed” National Mall (immigration reform). Government websites that serve Americans are offline (even Pandacam), but the primary government website that serves the government – www.USAJobs.gov is still scooping up applications for currently unfunded federal jobs.

The current budget battle began in the summer of 2011. Republicans have always been on shaky ground because of their own 14-year binge of spending and earmarking (1997-2011). They have never done anything to counter their fundamental lapse in Republican fiscal orthodoxy. Shouting within the conservative media echo chamber is not winning the broader argument with all of America.

One major Republican mistake was making reasonable fiscal management a partisan issue. In the 1970’s, Rep. John Ashbrook, one of the most conservative members of Congress, and Senator William Proxmire, one of the Senate’s most liberal members, coordinated their exposing of government waste. Ashbrook spoofed “goofy grants” while Proxmire issued monthly “Golden Fleece” awards. They both understood that “waste is waste” no matter which Party is responsible. Today only a handful of politicians and pundits transcend partisanship for true spending oversight and accountability, notably Senator Tom Coburn and journalist John Stossel. Unfortunately, neither receives the attention they deserve.

Many so-called conservative pundits and think tanks remained silently complicit during the Republican spending binge and the gross mismanagement of the executive branch under George W. Bush. The moment a Democratic President and Congress picked up where Bush and his GOP Congressional allies left off it was like Rip van Winkle awakening from a long slumber and wondering how things got so bad.

The Tea Party is filled with Rip van Winkles. They poured into Congressional town hall meetings in August 2009 screeching about a health program that was originally the Republican’s multi-payer alternative to Hillarycare’s single-payer system. Multi-payer healthcare was trumpeted by the Heritage Foundation and implemented by Governor Mitt Romney in Massachusetts. It was the preferred GOP way forward – until Obama’s name was attached to it. Even now, the “Affordable Care Act” polls better than “Obamacare” even though they are different names for the same program. One’s arguments lose all credibility and integrity when it is all about who proposes something, not what is being proposed.

So what can Republicans do?

First, they can get off their treadmill to oblivion. As proposed in [http://citizenoversight.blogspot.com/2013/09/kamikaze-congress.html], Speaker Boehner can allow a clean Continuing Resolution to be voted on in the House. He can hold his Republicans off the Floor and not have them vote on it. This means the Democrats “own” the CR and Obamacare funding. The focus shifts back to the flawed launch of the Affordable Care Act and making a reasonable case for reform or repeal.

Second, shift the focus to raising the debt ceiling. Cede the fact that the debt ceiling is driven by previous spending actions. America has to pay the bills it rang up. That said, there are ways to add reasonable and rational provisions to rein-in spending.

- Control the fourth quarter spending binge. Put a 25% of fiscal year spending cap on the 4th quarter of each fiscal year. [http://citizenoversight.blogspot.com/2013/08/budget-bacchanal.html]
- Mandate a budget sweep of unspent and unobligated accounts. [http://citizenoversight.blogspot.com/2013/07/congressional-coinstar.html] Over $687 billion sits unused in accounts across the government. Put it to use.
- Start managing the federal workforce. [http://citizenoversight.blogspot.com/2013/02/fear-loathing-in-washington-dc.html ] As referenced earlier in the column, federal jobs are still being advertized and applications being collected. How many of these jobs are considered “non-essential”? Instead of furloughs, do hiring freezes, and job eliminations via the 60,000 retirements each year. Over $350 billion would be saved from these actions.

No thinking human being will be able to counter these prudent nonpartisan steps toward fiscal sanity. The only exception is Rep. Nancy Pelosi, who recently declared the cupboard bare of places to cut spending.

These simple and immediate acts would help Republicans reclaim the high ground of sound fiscal management, transcending partisanship. Whether you love a program or hate it, you should not want even one penny misspent. Accountability, transparency, and efficiency attract adherents across the entire political spectrum.

Finding and eradicating waste is just the first step. After recovering their footing, Republicans could revisit the Simpson Bowles debt reduction plan and Senator Coburn’s annual “Waste Book”. Some of these items are more partisan, but these vetted ideas can guide the foray into deeper political waters. Those who lead such a realistic and rational effort will find followers among the 230 million registered voters, not just the Tea Party and Fox News. Republicans – the choice is yours.
Posted by Scot Faulkner at 8:14 PM