Shakespeare and the Republican Party 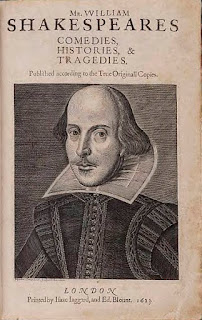 Creeps in this petty pace from day to day,
To the last syllable of recorded time;
And all our yesterdays have lighted fools
The way to dusty death. Out, out, brief candle!
Life's [Read the Republican Party’s] but a walking shadow, a poor player
That struts and frets his hour upon the stage
And then is heard no more. It is a tale
Told by an idiot, full of sound and fury
Signifying nothing.”
— Macbeth (Act 5, Scene 5, lines 17-28) [Modified, with apologies]
http://en.wikipedia.org/wiki/Tomorrow_and_tomorrow_and_tomorrow
Undoubtedly, this is one of Shakespeare’s most famous soliloquies. What I didn't realize, however, is that apparently there was a Republican Party in the 1600’s! Or so it would seem. The other day when I was rereading some of the works of Shakespeare, I found this passage from Macbeth; and for some reason the Republican Party jumped into my brain. Putting the academic interpretation aside, I thought to myself: what a perfect quote to describe the Republican Party in today's Congress. There is no focus. There is no leadership. It just seems that there are elected officials calling for this hearing or that hearing; getting in front of cameras and railing about what an inept and corrupt Administration we have; complaining about budget deficits and spending; the litany goes on and on. And yet when all is said and done, the people who have the ability to put an end to these disgraceful events are absent or unaccounted for. They are able to bluster and talk a good game; but where are the action events that will actually lead to accountability? Why can't we put those who are responsible under oath and give them the questions that are necessary to find out what really happened?
The only thing good that may come out of all of the recent, cascading revelations of misdeeds is that the mainstream media seems to be finally getting engaged. I suspect it took an event like the Associated Press fiasco to make them realize that this Administration was wielding the sword of Damocles. Conservative groups have long had this imminent sense of foreboding and actual peril. USA Today reports: “Other than press reports, we have no knowledge of any attempt by the Justice Department to seek phone records of the AP," Carney said."We are not involved in decisions made in connection with criminal investigations, as those matters are handled independently by the Justice Department."…. Congressional Republicans, meanwhile, are seeking to tie the three incidents together.”
What? The Republican Party cannot even handle one incident by itself; and they're going to tie the three incidents together? USA Today continues:
“The AP also reported that the government would not say why it sought the phone records:
"Officials have previously said in public testimony that the U.S. attorney in Washington is conducting a criminal investigation into who may have provided information contained in a May 7, 2012, AP story about a foiled terror plot. The story disclosed details of a CIA operation in Yemen that stopped an al-Qaeda plot in the spring of 2012 to detonate a bomb on an airplane bound for the United States.””
Well, there's another tough nut to crack. I wonder what the results of that investigation are going to yield?
I have not been able to determine why the Republican Party continues to give this Administration a pass on all the tough questions that should be asked. Is it because of satisficing? Or, is it because of bounded rationality? Or, maybe it is because of rational ignorance? It certainly isn't because of optimal decision-making because when all is said and done, concerned citizens are still waiting for answers and actions.
I would suggest that Congress should focus its efforts into a logical, goal directed outcome. What happened; why is it important; what is the truth and what are the conclusions; and what am I going to do about it? All of this should be known about each event before anybody goes to the media. What are the desired ends?
May I suggest a methodology to be employed: praxeology.
“Praxeology in turn is a subset of Human Action. It is the examination of all those theories that propose general attributes of non-instinctive action. The most basic theory that is at the root of all praxeological inquiry is this: Every non-instinctive action is the selection of more over less preferable means and their subsequent application to attain a deliberately chosen end.”
http://www.economicsjunkie.com/praxeology/
“Praxeology is the deductive study of human action based on the action axiom. [Wikipedia]
An action axiom is an axiom that embodies a criterion for recommending action. Action axioms are of the form "If a condition holds, then the following should be done". [Wikipedia]
An axiom, or postulate, is a premise or starting point of reasoning. As classically conceived, an axiom is a premise so evident as to be accepted as true without controversy.” [Wikipedia]
“Well done is better than well said.” Benjamin Franklin knew what he was talking about….
_______________________________________________________
Donald G. Mutersbaugh, Sr. earned his Bachelor of Science degree from the University of Maryland and his Master of Business Administration degree from Mary Washington College. He is the former Associate Administrator of Information Resources for the U.S House of Representatives under Speaker Newt Gingrich.
Posted by Scot Faulkner at 4:52 PM