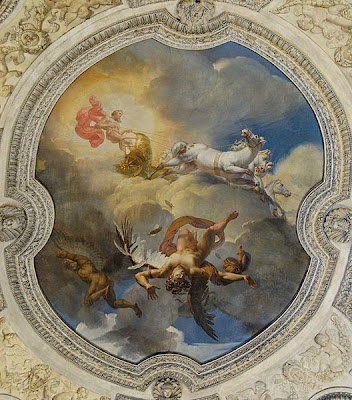 It was the terrorist attack on September 11, 2001 that launched President George W. Bush into a heroic trajectory. The attack rallied America and the world to a Presidency that had been born in controversy and mired in mediocrity. Emboldened by a real mandate, Bush and the Republican Party played out their strong hand, winning the 2002 off-year elections and galloping to a solid re-election in 2004. However, their hubris made them sloppy. Poorly planned adventures in Afghanistan and Iraq became expensive and bloody quagmires. In 2005, Hurricane Katrina exposed epic incompetence and the failings of a crony-ridden Administration. The Republicans imploded, losing the Congress in 2006 and the White House in 2008. Except for the Tea Party boomlet of 2010, they have wandered in the political wilderness ever since.

The April 15, 2013 terrorist attack in Boston is having the opposite effect on President Obama. His Administration began with a solid win wrapped in idealism and the promise of historic changes. Despite the Tea Party Congressional backlash of 2010, Obama moved his agenda and his world view forward.

After his decisive re-election on November 6, 2012, Obama took full advantage of shell-shocked Republicans. He outmaneuvered Republicans on tax increases and the debt ceiling, but stumbled on maximizing the Sequester’s impact to support his assertion that “government is the solution”. His Sequester missteps, and the desert whirlwind swirling around the September 11, 2012 Benghazi attack, seemed to be contained in the political margins of Fox News and conservative talk radio. Then two bombs destroyed the calm of Boston. Their ripple effects have become a tsunami potentially pushing Obama into early lame duck status or worse.

Obama’s world view, trumpeted by the mainstream media, is that once you eliminate Osama bin Laden the global war on terror can move to the back burner. On May 2, 2011, Obama took credit for a nearly ten year search and destroy mission led by career intelligence officials. With Osama dead, and remote controlled drones picking off terrorists at will, America was safe.

The Boston attack jarred Americans back to reality. Questions about CIA and FBI complacency, causing them to miss early warning signs, have yet to be adequately addressed. Obama’s and the mainstream media’s rush to dismissively compare the Tsarnaev brothers with the Columbine shooters opened the door for questioning the Administration’s competence and their motivations.

Obama’s failure to control perceptions about Boston are echoed in Obama’s containment strategy on the Benghazi attack, which is falling apart every minute highly credible career officials remain in front of Congressional and media microphones. Was Obama’s rush to brand the Benghazi attack as a demonstration gone tragically wrong part of a larger scheme to create a false parallel world? Once Americans start looking at Osama’s death as a side show, not the finale, in the war on terror then everything is open for inquiry. Did Obama and Clinton hamper rescue efforts and then investigations in order to maintain the fiction of “game over”? Did intelligence agencies succumb to this “game over” mentality and not ring any alarm bells on the Tsarnaevs and their friends? Is Obama covering something up? Did Obama’s obsession with the “game over” story line lead to American deaths in Benghazi and Boston?

Obama’s growing problems with Benghazi and Boston have other ripple effects. The moment terrorists can move at will and undetected between America and their home bases immigration reform becomes less about pandering for Hispanic votes and more about homeland security. The moment terrorists combine pressure cookers, toy batteries, and fireworks into devices to cause mass carnage; gun control becomes less about removing weapons from violent people and more about the violent people themselves. Obama’s winter policy momentum has bogged down in reality.

Obama’s wax wings are melting under the bright light of scrutiny. Obamacare, his one soaring accomplishment, is now crumbling into a morass of “devil is in the detail” disclosures. The Stock Market may be reaching new heights, but the work force is falling to new lows as Americans take poor paying part time jobs and watch their spending capabilities shrink.

All these reality checks are breaching the rhetorical fortifications of Obama, the Democrats in Congress, and their media acolytes. The moment mainstream Americans openly wonder about what is really going on, there is no secondary line of defense behind which Obama and his supporters can regroup. Republicans sense an opportunity, but they remain in a wilderness of their own making with little interest in becoming self-aware or competent.

Leaders across America’s political spectrum desperately need to go to rehab. Until then, they will continue their respective plummets.

Posted by Scot Faulkner at 9:46 PM