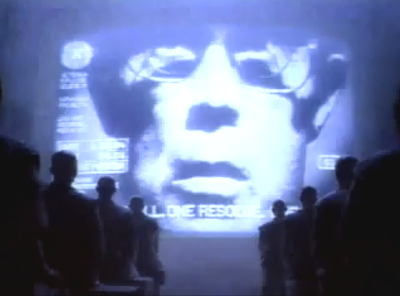 The Conservative Political Action Conference (CPAC) begins today.  Ironically attendance has skyrocketed while the quality and diversity of discussion has plummeted.  It is as if the movement that vanquished the Soviet Empire has adopted the Soviet Comintern model.

Diversity of opinion is prohibited. Tired old leaders are favored over new experimental thinkers. Ideological purity, not intellect, is the requirement for admission. Empty slogans are shouted to the uniform applause of rooms of people who strangely seem to all look the same. Down with Obama! Up with the Tea Party! Down with the climate change hoax! All hail Limbaugh! Down with the lies of the Lame Stream Media!

CPAC was formed in 1973 as a forum for geographically and ideologically diverse conservatives to exchange ideas, and build an ever expanding network of activists to eventually prevail on the major issues of the late-20th Century. Members of Congress, and their staff, attended to report on legislative ideas at the national level while learning about successful legislative ideas at the state level. Networking turned new ideas and energy into creative ways to govern and to shape dialogue on emerging issues.

Cold warriors, libertarians, values voters, economic conservatives, and traditionalists heard the icons of their movement as well as the up & coming leaders. The conservative movement was born in the Enlightenment, forged during the American and Industrial Revolutions, and launched as a counter balance to an ever expanding federal government and the external threat of Communism. CPAC was designed to grow this movement through learning and applying new ideas, and attracting new allies, to core principles. This was an expanding intellectual universe and it was thrilling to attend.

The CPAC that gave traction to the Reagan Revolution is long gone. Conservative organizers seem to now be taking meeting tips from the Communist Chinese Party Congress on how to further stifle innovation, democratic exchange of ideas, and how to alienate a nation. TheoCons, NeoCons, and Tea Partiers are using CPAC to perfect ways to build ever smaller tents for their movement. The true conservative legacy is in dire peril.

Of course the Chinese, and the Soviets before them, didn’t care much for debate anyway; they were after all single-party regimes. We would point out to the organizers of CPAC that people have a rather clear historical tendency to reject this kind of governance. Stifling debate in favor of ideology does not shore up a movement. It destroys it. The Soviets learned this the hard way in 1989; we hope the Chinese will learn a similar lesson sometime soon.

The analogy to the Communist system goes further. What we have been witnessing in the GOP ranks over the last several election cycles even uses the old Soviet term: “Purge.” This is what Stalin did after Trotsky; what Khrushchev did after Stalin; what Mao did during his Cultural Revolution; and what Deng did after Mao.

CPAC’s ongoing meltdown was highlighted again with the snubbing of Governor Chris Christie, probably the most popular Republican office holder in the country today. This decision is illogical in the extreme to anyone not sufficiently indoctrinated. A group of gay Republicans, GOProud, has also been shut out, making a mockery of the noble conservative tradition of personal freedom. This is proof positive that the movement’s hard core is more interested in biblically inspired government intervention than defending individual rights. Just like the old Central Committee, they are so insular that their eventual crash will come as a complete shock.

As a coda, we recall that in Barry Goldwater’s 1964 convention speech, he stressed that conservatism values proven ways, "not because they are old, but because they are true." CPAC is turning its back on traditions dating back to the Enlightenment where truth is not announced, but arrived at through an evolutionary process of debate and exchange. The current rejection of empiricism in science mirrors the closing of its doors to those with differing ways to apply conservative principles. We doubt Barry Goldwater would be invited to CPAC today, or would want to go even if he were.

It is a sad day for those of us who have been part of the conservative movement, and no less so for those who study it and respect its legacy even if disagreeing with its favored policies at times.

Scot Faulkner attended twenty-one CPACs and spoke at three of them. He was Chief Administrative Officer of the U.S. House of Representatives. Jonathan Riehl, J.D., Ph.D., is a communications consultant for political campaigns and national nonprofit organizations and former speechwriter for Luntz Research, and instructor in Communications Studies.