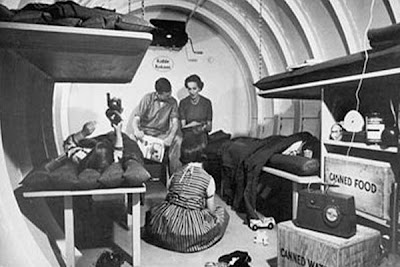 President Obama has the Republicans, and the nation, right where he wants them. Everyone is talking about how budget cuts hurt people.

Obama has embraced the advice given by his first chief of staff, Rahm Emanuel, “You don’t ever want a crisis to go to waste; it’s an opportunity to do important things that you would otherwise avoid.” The Sequester was not supposed to have happened. Now that it has, Obama and the Democrats are doing all they can to eradicate opposition to government’s eternal growth.

The Sequester was supposed to be the “mutually assured destruction” of sacred cows for both Democrats and Republicans. This intentional apocalypse was designed to force all sides in the budget debate to find common ground. However, in the summer of 2011, both sides assumed they would completely triumph in the November 2012 elections. This would have given either side the ability to move their agenda unfettered by their opponents. The electorate voted to maintain the status quo, leaving gridlock and the Sequester to move all sides to a crisis of their own making.

The Democrats figured out how to make gourmet lemonade from this pile of lemons, while the Republicans retreated into their Budget Bunker.

Democrats had the home field advantage. They had just spent two years painting Republicans as only interested in protecting the very wealthy. They also spent months building their case that the only thing wrong with the Federal Government was that it did not have enough money. The expiration of the Bush era tax cuts on January 1, 2013 allowed the first post-election battle to occur on turf most friendly to Democrats. Republicans were forced to give ground or lose all their ground on the revenue issue.

Sequester visuals also favor the Democrats. There are plenty of compelling back drops for scaring people into believing soldiers, first responders, teachers, daycare workers, and park rangers are going to vanish. Even though the actual Sequester legislation, the Budget Control Act of 2011, only sets general budget targets, both sides agreed to implement the bureaucratic equivalent of losing weight by cutting off fingers instead of dieting.

Republicans could have countered all of this. They had the capability. Senator Tom Coburn’s annual Waste Book detailed many ways to reduce hundred of billions in government spending without pain. Agency Inspector Generals and the Government Accountability Office (GAO) publish over 9,500 reports a year detailing over $650 billion in waste, fraud, and abuse. However, the GOP remains in their Budget Bunker, content to fall into the sequester impact trap by scrabbling to move funds around and making overly vague pronouncements about spending.

There are other missed opportunities. The Executive Branch normally has attrition of 60,000+ employees a year. Much of this occurs due to retirement. Currently, the Office of Personnel Management (OPM) has a retirement processing backlog of 41,103. There were an additional 20,374 retirement applications just in the month of February. This acceleration of aging and retiring federal civilian workers provides an historic opportunity to rethink positions and reduce costs. Does every retired worker need to be replaced? Is every layer of management (up to 23 layers in some agencies) really needed in the 21st Century? Can functions and offices be consolidated as staffs dwindle and information age technology improves span of control for supervisors?

The answer to all these questions is yes. However, only a few Republicans, notably Senators Tom Coburn and Rand Paul, are drawing attention to vacancies being posted since the Sequester. However, even here Republicans miss the point. They offer up low level front line positions for a hiring freeze when they should also be blocking new senior executives and managers who would not be missed and generate far more savings.

Republicans are squandering their precious few on air moments. There is no message discipline. What common points they do make either offer up conspiracy theories, blamestorming, or finding ways to protect the Defense Department. They refuse to admit that the Defense Department is just another bloated bureaucracy. By spending time protecting DOD waste they prove Obama’s case that any cut, not matter what size, is harmful.

Obama is playing the long game. He is not just looking at shaping the 2014 battlefield or even the 2016 one. Obama and the Democrats are using Sequester, and all the other budget battles, to reverse the Reagan Revolution. Reagan strategically shifted America’s political landscape when he declared, "Government is not the solution to our problem; government IS the problem." With every comment, every action, every minute, Obama and the Democrats are countering this with “Government is not just the solution to our problem it is our salvation for everything.”

Republicans need to leave their bunker and start offering up ideas and solutions that appeal to common sense and common ground.