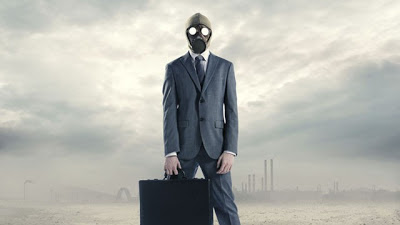 The Executive Branch refuses to acknowledge that it has broad latitude on how to implement the Sequester. This may be good politics, but it is a disservice to our country. Gaming the system will not solve America’s fiscal problems or promote collaboration over combat.

[1] Gaming the system - Level 1
Under the Budget Control Act, the Federal Government can ignore the Sequester, for now.

The Sequester only happens if, at the end of a fiscal year, spending exceeds designated levels under the Budget Control Act. Therefore, the Sequester does not happen on March 1, 2013 but later, when it is necessary to, “eliminate a budget-year breach”. There are six months to cut spending and avoid the Sequester.

[2] Gaming the system - Level 2
There is no immediate “day of reckoning”.

The impact of the Sequester will not be felt until July for most jurisdictions and late August when schools start their next academic year. Federal funds for teachers, police, and many grant programs are sent to the states annually or quarterly. State governments then disburse these funds, matched with state and county contributions, to these services. States, counties, municipalities, and school districts start their fiscal year on this coming July 1, 2013 not last October 1, 2012.

Agencies spend their funds unevenly as contracts, travel, and personnel actions occur sporadically during the fiscal year. If everything was evenly paced, 25% would be left unspent on July 1 (to cover the final three months of a fiscal year - July, August, September). Unevenly paced spending can leave as much as 40% unspent in some agencies on July 1.

OMB provides budget guidance in June telling each agency how much they have left to spend. Agencies accelerate their fourth quarter spending to spend everything they have. If they don’t do this the excess money is returned to the Treasury, and the agency may have trouble justifying future spending increases. Imagine if remaining balances exceeding 25% were returned to the Treasury on July 1 – Sequester solved!

[4] Gaming the system - Level 4
A budget sweep could prevent Sequester now and for the next six years.

[5] Gaming the system - Level 5
OMB could enforce its own guide lines and avoid the Sequester completely.

OMB uses a Current Services Analysis for modeling what it costs to maintain exactly the same level and scope of services in the next year’s budget. For decades agencies have been funded well above their CSA levels. The budget battles are always over how much to increase spending. They are never about cutting or even maintaining CSA levels. In the current CSA the Sequester actually creates a net $110 billion increase in federal spending over the next ten years. Enforce CSA levels and Sequester solved!

[6] Gaming the system - Level 6
Freezing federal hiring would meet all budget limits and end the Sequester!

By properly managing personnel actions the Budget Control Act targets could be reached in three years instead of ten with no furloughs. Currently there are over 4,900 vacancies among domestic agencies and our government still operates. There is currently another 1,358 civilian vacancies in the Department of Defense and we are safe. Salaries and benefits for just these vacancies total approximately $62 billion/year for domestic agencies and $17.4 billion/year for Defense. In a typical year an additional 29,000 positions become vacant government-wide. This means that over $350 billion in personnel costs could be avoided if hiring was frozen. Some positions may be deemed critical and necessary for filling, but the vast majority of federal vacancies serve Americans better by remaining vacant.

As each hour passes, politicians and pundits are ratcheting up their rhetoric. They need to stop pointing fingers and wringing hands. It is time to make real decisions based on facts.

It is time to be statesmen, not showmen.

Scot Faulkner is a former chief administrative officer for the U.S. House of Representatives. His articles on government reform appear at citizenoversight.blogspot.com

Posted by Scot Faulkner at 9:26 PM