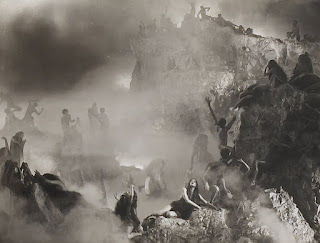 The battle of the budget is underway, made all the more intense by upcoming Presidential & Congressional Elections.


As usual, everyone is throwing around “scare figures” to protect turf, power, and special interests. Even President Obama is making sweeping assumptions about how Rep. Paul Ryan’s budget would, “if equally distributed” close parks, end student loans, and harm veterans.

The budget debate, played-out in endless the campaign debates, surround what programs should be saved or cut. Republicans always get tongue-tied on this topic. They make bold sweeping statements about government waste and inefficiency and then someone asks them to be specific. This is usually followed by silence or mumbled assertions about abolishing the EPA.


It is truly sad that, except for a few voices in this wilderness, no one takes the time to collect the facts that are already out there. The Government Accountability Office (GAO), and the 73 Inspector General offices embedded in Cabinet Departments and agencies, issue reports detailing waste fraud and abuse down to specific programs and accounts and with specific dollars attached. The Government Executive Magazine and watch dog groups regularly publish these findings. Why doesn’t anyone read this stuff?

One of my ongoing efforts at public awareness is to post some of the more salient items on my FACEBOOK page. Over just the last six months, the reports I posted totaled $487,687,000,000 of ANNUAL SAVINGS. This $487 billion in annual savings is just a sampling of the reports.

Congress and the White House have been at loggerheads since the summer of 2011 over how to cut less than this amount over TEN YEARS. Yet, fully documented by objective and government funded Inspector Generals and auditors, the path to cutting well over a half a trillion a year from the budget, without any negative impact on services, is there for anyone to see and use. The only requirement is a commitment to financial integrity, efficiency, and accountability.


Below are links from my FACEBOOK posts since October 2011.

Department of Defense· Senators go after waste in wartime contracting http://www.govexec.com/contracting/2012/03/senators-go-after-waste-wartime-contracting/41358/
· It is too bad BRAC is not being used to deal with our 900+ overseas bases. At least 400 of them are useless and expensive. Those overseas bases are generating non-American jobs - bring those jobs home! Administration to request new round of base closures http://www.govexec.com/defense/2012/01/administration-request-new-round-base-closures/40979/
· http://www.govexec.com/defense/2011/06/grassley-gives-failing-marks-to-pentagon-inspector-general/34115/
· http://public.cq.com/docs/weeklyreport/weeklyreport-000004022899.html
· http://www.cato.org/publications/commentary/slash-federal-spending-gao-details-waste-inefficiency-duplication-again