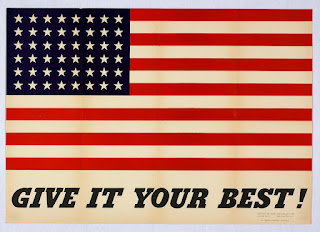 This was published in The New York Daily News
http://www.nydailynews.com/opinion/gsa-top-to-bottom-gutting-article-1.1062586


What is to be done with the General Services Administration? The agency is now the “poster child” for government waste, thanks to daily disclosures of bureaucrats gone wild, topped by three days of House oversight hearings.


I know from history that this agency can be saved from rife corruption — but only if leaders attack its dysfunction root and branch.


On April 13, 1981, President Ronald Reagan did something no other President has done before or since. He directed the soon-to-be head of the GSA to either “fix the agency or shut it down” within six months. That soon to be head was Administrator-designate Gerald P. (Gerry) Carmen, a businessman from New Hampshire. Carmen had been an early supporter of Reagan, but his strong suit was being a no-nonsense owner of a network of tire and auto parts stores in New England.


What followed was something that should occur on occasion in every program, agency and cabinet department in the federal government. Carmen assembled a team of private-sector experts in operations, finance, personnel and change management and set them loose on the GSA. Their mission was his mission: design and implement a fix of GSA or shut it down.

Just like today, the GSA of 1981 was in the headlines for going rogue. For nearly two years, “60 Minutes” and an army of investigative reporters had exposed countless scandals in the government’s centralized procurement and real estate operation.


Whistleblowers, including William Clinkscales and Howard Davia, became media sensations for their exposure of GSA crimes, while Carter administration functionaries did everything they could to silence them. Clinkscales ended up working out of his car in the GSA headquarters parking lot before Reagan began mentioning him in speeches.


In the early summer of 1981, Carmen and his team quickly realized that the GSA corruption was deeply embedded and very bipartisan. Large numbers of Republicans who became career employees under Presidents Richard Nixon and Gerald Ford oversaw the leasing and building kickbacks, while similar numbers of Democrats who became career employees under Presidents John F. Kennedy, Lyndon Johnson and Jimmy Carter ran procurement scams.


The only way to get an honest answer from GSA careerists was to mount an “Eliot Ness”-type operation. Carmen and his team asked the whistleblowers whom they trusted, then asked those people whom they trusted and so on — until a critical mass of honest, trustworthy professionals honeycombed the agency.


As the personnel and management metrics expert on Carmen’s team, my role was to create a “war room,” filled floor to ceiling with organization charts documenting every employee in the GSA. Carmen and I spent countless days, nights and weekends combing through the mountains of reports from inspectors general, the General Accounting Office and investigative journalists and connecting them to specific programs, identifying the corrupt and incompetent, while streamlining GSA operations.


Ultimately, 48 GSA employees went to prison. Hundreds more were removed and sent packing. Streamlining some processes, and eliminating even more, shrank the agency from a bloated 34,000 employees down to 20,000 employees in less than three years. Billions of tax dollars were saved while operational integrity was rebuilt.


This fundamental cleansing of the GSA was tethered to building a new ethical culture. Carmen displayed the famous Word War II poster of the American flag with the slogan “Give it your best” throughout GSA offices. Later, my program control team wrapped real operational performance measures around all GSA activities. Employees were held accountable for failure and rewarded for results.


This resurrected, service-oriented GSA lasted until political agendas began seeping back into the agency. In 2008, President George W. Bush’s GSA administrator, Lurita Doan, resigned after being the focus of House oversight hearings over her sole-source contracts to political cronies and violations of the Hatch Act. This rot at the top of the GSA spread throughout the agency’s culture, resulting in the recent explosion of sordid tales of waste and abuse.


Still, Carmen’s GSA revolution lasted for nearly 25 years — and proves the value of mounting similar efforts in every nook and cranny of the executive branch and repeating them every 20 years, if not more often.


This is something both President Obama and Mitt Romney should promise to Americans as part of their respective platforms. Imagine what Washington would be like if SWAT teams were appointed to every agency and department with the mission to “clean it up or shut it down” within the first six months of the next administration. It would scare the living daylights out of the entrenched interests in Washington but make the federal government worthy of our tax dollars. It would also dramatically reduce costs to the point of balancing the federal budget in months instead of decades.

Posted by Scot Faulkner at 9:16 PM