EVERYONE TALKS ABOUT THE WEATHER 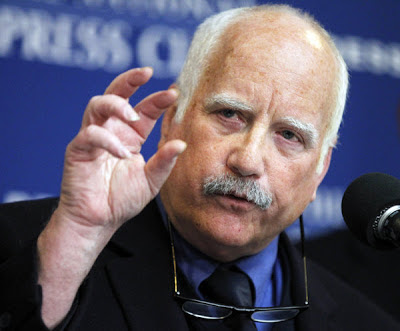 Here are 3 legs of a coherent, linked strategy that is an unapologetic assault on our most fearsome enemy, the Darkness of Stupidity.

Events do not control us, we control events the “Haves” never deny education to their young

It is not meant that All of us must see the light and change, just enough of us

There is a shared anxiety in the country that no two sides agree upon but all sense. Whose fault, who’s to blame, is the current cultural hobby of America, and it is utterly meaningless, a waste of our social intellect, a distraction from its shared consequences.

We have actually reached the point where those consequences have to be restated, and most likely argued, when in fact the consequences of Stupidity, or the lack of excellence as a goal of Education, are as clear as the Fall of Rome, a phrase I no longer believe resonates with enough people of influence or power to make a difference.

When we reach the point of endangering the future well-being of the country with a partisan budget screech that is as shallow and filled with a void of content that one suspects both parties need a designated driver, the over-used senselessness of ‘we can’t afford to give our kids the education they will need” seem inevitably sad and childish. This is the best our system has produced? Let’s at least recognize the pearl we are throwing away, and as we watch our progeny flounder, out-thought and outmaneuvered in the cold world the present office-holders have not prepared them for, remember that right here is as good a beginning to retake a position as can be found.

Here are three endeavors that will solve the problem we are as yet unwilling to admit we have:

A methodology for the re-alignment of the Mandate of Education that is designed to achieve excellence in all subjects and a devotion to those ideals commonly known as Western Civ, with an acknowledged goal of excellence and a demand for expertise that can be comprehended and reflected back from American society.

The mandate of Education which if asked of those in charge could not be answered without political extremism muddying the answer is to make agile and thoughtful the minds of our young, as follows:

We will tie the youngest of our young to the singular design of this nation with Glory Tales and Mythology, and as the brain develops its capabilities to introduce concepts of Reason and Logic, exercises of dissent, debate, in the service of honing the intellect to Clarity of Thought and Expression; to use context, detail and differing opinion as tools to sharpen the mind regardless of subject, and when the necessary maturity of mind is reached, to practice critical analysis on the subject of our political system, so that before graduation from high school our kids will all share a sense of ownership, pride, and realism, and be able to spot a horse thief a mile away, and have the skills to hold him accountable. Any subject can be made more excellent by this shift in emphasis. And we will need Reason and Clarity of Mind well before we need a Mercator Map or Geology.

Part Two: A pathway that leads from classroom to culture, so that the values and ideals that should be taught in schools can be known, accessible.

We are creating an American History Play writing Competition, among all the LORT theaters of the country. Stories unknown, or known but not seen as drama, comedy, destiny; at the end of each season, a financial prize will be given of some hundreds of thousands of dollars. Do that for 20 years or so, and we will raise a crop of writers who can tell our stories.

From all the institutions that make our family lives, artistic and spiritual lives, and with a clearly chosen emphasis on the forms of economics, governance, accountability, and responsibility that lays beneath any definition of Republican Democracy, not only use the tools of intellect enhanced in schools but see them put to use by all our pillars of society, our business ethics, our justice system, our families, and our arts.

We have lived as a nation for over 200 years bound only by the ideas oven throughout our Constitution, its Preamble, our Bill of Rights; all of which share a common set of principles and a fervent belief structure in the importance of the individual as equal to if not more central than the Story of the Nation. We have certain bragging rights regarding our sense of what a nation is, and the inalienable right of all people to know who they are, and why they are who they are.

We have been neglectful of shoring up the Intellectual Capital known by our 1st generation as Enlightenment Values.

Since the 18th Century, there has never been an Institute, Research Facility, Think Tank that is dedicated to the Enlightenment ideals we grounded ourselves within.

There has always been a strong, secure foundation that all Americans stand on and share, and from which we can disagree about almost anything to our hearts content. That foundation has existed on a highly respected set of ideas that have had no support or enhancement other than the separate intellectual fads of Kant, Voltaire, Pitt, Jefferson, Paine Rousseau and others, and the whims of historical events; which is why Values Untaught have wrought such havoc in our present life, with decay the only common denominator.

Decay is all around us. Decay, the loss of a sense of reliability on our own, that decay is a stand-in for another, older word, Darkness. And as representatives of the Light of Intelligence in the eternal war with the Darkness of Stupidity, it’s time we made up for the crippling lack of scholarship and Thoughtfulness and establish the 3rd leg of our re-alignment, an Institute for the study of the values of the enlightenment, individual civil liberties, the willingness to share space with those whom you disagree. An Institute, created now, to mine the ideas expressed by political theorists but never collated, never drawn together, and even with that design flaw

to become the most fateful, the most respectful, the Ambition and heart’s desire of so many......to create such a place, where the knowledge of Man, the varied histories, the sciences scrutinized even if only since they were first put to use.....scholars in residence, who are a stone’s throw from the political Capitol of the West; debates that draw their participants from the cream of today’s wisdom and tomorrow’s visionaries, events hosted by the Institute that allow for innovative thinking, dreadful astonishing pictures of the roads not taken.