Life after the Super Committee 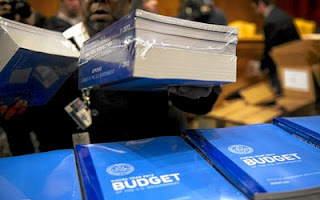 My column regarding the Super Committee and what Congress can do now was published in the
New York Daily News on November 28, 2011.

The Congressional supercommittee’s failure to eliminate $1.2 trillion in federal debt has launched a new round of “blamestorming” as both Republicans and Democrats brace for the automatic cuts that are set to begin in 2013.

Some perspective and focus are desperately needed. For while indiscriminate cutting may be unwise, it is simply mythical to insist, as some do, that there isn’t room to massively reduce the size of government.

To the contrary, Washington’s fiscal garden is overgrown from decades of negligence. In recent decades political gamesmanship from across the political spectrum has led our federal government to decline into a weed-infested jungle. The way back to proper public horticulture is not new taxes, which would only fertilize the culture of waste and dysfunction. It is also not through heavy handed cuts, as a general herbicide would kill even the fruit bearing plants.

The first step is to identify the weeds. The Government Accountability Office and 73 inspector general offices are filled with investigators and accountants who identify waste, fraud and abuse. Their exhaustive reports track to specific programs, offices and contracts and treasury account numbers — and identify billions of dollars in cost-cutting opportunities.

Yet they are routinely ignored. As a result of this neglect, the amount of documented waste has remained at a consistent 20% of the federal appropriated budget since first complied by the Grace Commission in the 1980s.

President Obama’s proposed appropriated outlays for FY 2012 are $1.34 trillion. That means $268 billion a year is potential waste. Ten years of eradicating waste and sustaining cost avoidance would result in $2.68 trillion in savings, more than double the savings mandated in this summer’s debt deal.

Instead of partisan bickering, our elected officials should review these GAO/IG reports and listen to the staff who wrote them. They should conduct “sweat the details” management reviews. Waste is waste no matter which party’s flag flies over the executive branch.

Simultaneously, Congress should do something it has not done in years, whether under Republican or Democratic control: conduct aggressive oversight and link funding to functionality. Zero-based budgeting has existed since 1969. Sunset provisions have been built into legislation since the 1970s. The Government Performance and Results Act, which holds programs and agencies accountable for actually doing something of value, was enacted in 1993. Eliminating programs and offices based upon audit findings can happen if the will is there.

The entrenched interests of Washington, including turf-conscious Members of Congress, play a cynical game of eliminating frontline service personnel and services instead of wiping out the many layers of people whose sole purposes are attending useless meetings and writing unread reports.

The front line is where voters feel pain. When the cry goes up, federal officials say, “see — that is why we can’t touch this program.” It’s a fallacy.

During my time in Washington, we proved budget cutting is possible. At the General Services Administration, a reform team cross-walked Inspector General reports to dysfunctional programs and offices, applied private sector logic to eradicating management layers and linked attrition, retirements and a hiring freeze to reduce the GSA’s workforce from 34,000 to 20,000 in three years. This was a 41% reduction — yet system integrity, processing time, and operational efficiency skyrocketed.

As Chief Administrative Officer of the House of Representatives, we reduced 12 layers of managers down to two and reduced my operations staff by 47.5% in 15 months. Again, services improved along with efficiency.

In each case, real sustainable management reform required hard work, not just issuing news releases. Like a gardener who gets his or her hands dirty by handling individual plants and pulling weeds, legislative and executive branch officials need to do the mundane, but vital, tasks of actually understanding operations and management.
The reason they do not do this is that it is laborious, not glamorous. Our current political culture does not reward results. Maybe enough voters will finally change this culture in November 2012.

[Faulkner served in executive appointments during the Reagan administration and as chief administrative officer of the U.S. House of Representatives.]

Read more: http://www.nydailynews.com/opinion/fight-cut-debt-target-rampant-federal-waste-article-1.982076#ixzz283pmTzKg
Posted by Scot Faulkner at 10:09 AM