Origins of the Congressional Record 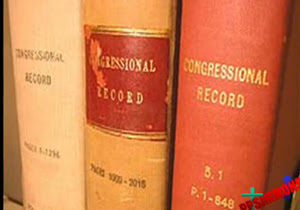 This article was published in Constituting America
http://www.constitutingamerica.org/blog/blog/category/guest-constitutional-scholar-essayists/scot-faulkner/


Each House shall keep a Journal of its Proceedings, and from time to time publish the same, excepting such Parts as may in their Judgment require Secrecy; and the Yeas and Nays of the Members of either House on any question shall, at the Desire of one fifth of those Present, be entered on the Journal.

Documenting public processes have been part of governing since the rise of early civilizations. From the Sumerians in 2500 BC, to ancient Egypt and Babylon, governments have kept journals of their actions and public meetings.

The Founding Fathers knew the importance of maintaining a Journal of Proceedings from the English House of Commons. James Wilson, a member of the Committee on Detail which compiled the provisions of the draft Constitution, was a follower of the great British parliamentary scholar Sir William Blackstone. He quoted Blackstone’s Oxford 1756 lectures, which underscored the importance of a public record for holding officials accountable, “In the House of Commons, the conduct of every member is subject to the future censure of his constituents, and therefore should be openly submitted to their inspection.”

The Constitution’s “Journal of Proceedings” wording flows from the Articles of Confederation. In March 1781 the Continental Congress approved the following provision: “…and shall publish the Journal of their proceedings monthly, except such parts thereof relating to treaties, alliances or military operations, as in their judgment require secrecy; and the yeas and nays of the delegates of each state on any question shall be entered on the Journal, when it is desired by any delegate; and the delegates of a state, or any of them, at his or their request shall be furnished with a transcript of the said Journal, except such parts as are above excepted, to lay before the legislatures of the several states.”

But what is the Journal? Every day the Congress approves the “Journal” of the previous session. This is the official outline of actions taken during the previous meeting of each Chamber, like a set of minutes. It is codified in Section 49 of Thomas Jefferson’s 1812 Parliamentary Manual that governs Congressional operations. Members of Congress do not approve the Congressional Record. That transcript of House and Senate proceedings has a colorful history.

The transcribing of Congressional debate was begun by private publishers. House and Senate proceedings, roll calls, debates, and other records were recorded and published in The Debates and Proceedings in the Congress of the United States (1789–1824), the Register of Debates in Congress (1824–1837), and the Congressional Globe (1833–1873).

During the 36th Congress [December 5, 1859 to March 3, 1861] it was decided that federal funds should be used for transcribing Congressional proceedings and that the Government Printing Office should publish the verbatim record. The Congressional Globe was contracted to provide stenographers in the House and Senate Chambers. In 1873, the Globe’s contract was not renewed, and the Congressional Record was born. The Clerk of the House and the Secretary of the Senate now oversee documenting and transcribing the verbatim proceedings of their respective chambers.

The Congressional Record is still not an accurate verbatim transcript of the proceedings and debate for each Chamber. Members routinely insert remarks and documents after the fact. While these “revised and extended remarks” help Members explain their actions, they are considered “secondary authorities” when it comes to determining legislative intent. Secondary authorities are generally afforded less weight than the actual texts of primary authority during Judicial review.

The chronicling of Congress has come almost full circle. While the Congressional Record remains the official transcript of proceedings, CSPAN, a nonprofit private entity, provides live coverage of each Chamber. The cameras are owned and maintained by the Architect of the Capitol, while their operations and broadcasts are operated by staffs of the Chief Administrative Officer in the House and the Secretary of the Senate. CSPAN receives the signal and airs it on its various cable television channels. Live House broadcasting began on March 19, 1979 while Senate coverage commenced on June 2, 1986.

Posted by Scot Faulkner at 7:42 PM