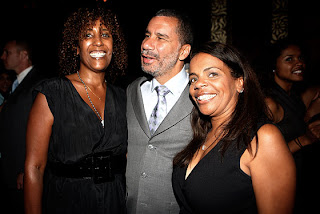 And the hits just keep coming…

One day after taking office, New York’s newest Governor, David Paterson, admitted to multiple affairs. The clean start in the wake of the Spitzer fiasco melted away like a spring snow.

The news media reported the story, but also raised an intriguing issue – when it is proper to report and comment on the private life of a public official?

As a libertarian, my general rule of thumb is that people can do whatever they want outside of their official duties unless (1) it is illegal, or (2) it impairs their ability to carry out those duties.

I would add three provisos to this general rule.

Sexual Harassment
Many office affairs have nothing to do with lust or love. They are all about power. If a boss, a teacher, or a clergyman requests sexual favors from co-workers, students, or parishioners, they are abusing their position or status. The sexual partner crosses the line because they either are afraid or they seek a favor to move ahead. In either case, the relationship only happens because the initiator is on an ego trip that can ruin the lives of all they touch, literally and figuratively. That is why the military has such strict rules about officers dating enlisted personnel.

There are already stories about Paterson having affairs with state employees. Just like the affairs of Governor and then President Clinton, such trysts are based upon an implicit or explicit threat or favor that is totally unethical and improper. New Jersey Governor McGreevey crossed a similar line. His disingenuous attempt to become a gay martyr could not disguise the fact that he rewarded extramarital sex with improper employment opportunities. If state employees were involved then Paterson should exit or face a full investigation.

Hypocrisy
If a politician says one thing but does the opposite they should be exposed. This goes for policy frauds of all stripes. When I worked on a congressional staff, I used to walk past pallets of Congressional District newsletters that used to line the basement corridors of the Longworth House Office Building. Time and time again, I would see newsletters with photos of ultra-liberal anti-defense Members standing next to military aircraft or tanks trumpeting how they helped get a manufacturing contract for their district. They wanted to have it both ways – vote liberal, but mask that reality from their constituents.

If a politician champions anti-gay legislation, but is gay - that is fair game. If a politician becomes a national leader against pedophiles, but uses the Capital Page system as a farm team for future lovers, then his exposure is fair game. It is about accountability and integrity, not intolerance.

Truth in Advertising
If a politician parades his or her spouse and family before the cameras, plasters them on brochures, or uses them in campaign ads, then it is fair game to expose their dalliances. Politicians use their spouses and family members as a “Good House Keeping Seal of Approval”. It is their symbolic way of telling the voters, “See, I am normal, I am just like you”.

If that portrait of a happy family and monogamy is a fraud, then the voters have a right to know that they have been had. It is another form of "resume padding".

These guidelines are not intended to launch witch-hunts against every public servant. However, many politicians, at every level of government, have the smug mindset that they are better than the rest of us and thus inherently deserving of trust instead of having to earn that trust. One of the main reasons there is so much cynicism about politicians is that the voters are finally waking-up to these scams. Just like in the film, “The Matrix”, voters are realizing that many politicians are creating a fictitious world in which they gain power while feeding us falsehoods.
Posted by Scot Faulkner at 9:51 PM