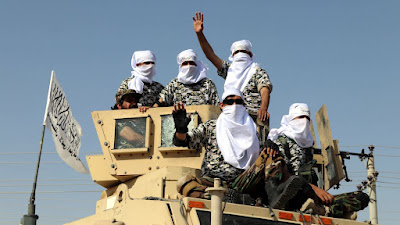 For those old enough to remember, 11 September 2001, 9.03 a.m. is burned into our collective memory. It was at that moment that United Flight 175 crashed into the South Tower of the World Trade Center in New York City.

For the first time since the Japanese bombing of Pearl Harbor on 7 December 1941, Americans were collectively experiencing horrifying carnage from a coordinated attack on their soil.

The final accounting was devastating: 2,977 killed and over 25,000 injured. The death toll continues to climb as first responders and building survivors perish from respiratory conditions caused by inhaling the chemical-laden smoke. It was the deadliest terrorist attack in human history.

The 911 attacks were central to Osama bin Laden’s goal of luring infidel governments into “long wars of attrition in Muslim countries, attracting large numbers of jihadists who would never surrender”. Bin Laden believed this would lead to economic collapse of the infidels, by “bleeding” them dry. Bin Laden outlined his strategy of “bleeding America to the point of bankruptcy” in a 2004 tape released through Al Jazeera.

The driving force behind Bin Laden’s strategy was Wahhabism, a strict, anti-Western version of Sunni Islam.

It all began with the Saudi Royal Family’s ties to Muhammad ibn Abd al-Wahhab (1703-1792). Wahhab envisioned a “pure” form of Islam that purged most worldly practices (heresies), oppressed women, and promoted violence against nonbelievers (infidels), including Muslims who differed with his sect. This extremely conservative and violent form of Islam might have died out in the sands of central Arabia were it not for a timely alliance with a local tribal leader, Muhammad bin Saud.

Bin Saud led a minor tribe, until he and Wahhab realized the power of merging Sunni fanaticism with armed warriors. Wahhab’s daughter married Saud’s son, merging their two blood lines to this day. The House of Saud and its warriors rapidly expanded throughout the Arabia Peninsula, fueled by Wahhabism.

In the early 20th century, Saudi leader, Ibn Saud, consolidated his permanent hold over the Arabian Peninsula. Control of Mecca and Medina, Islam’s two holiest sites, gave the Saud family the power to promote Wahhabism as the dominant interpretation of Sunni Islam.

In the mid-1970s, the Kingdom of Saudi Arabia used the flood of oil revenue to become the “McDonalds of Madrasas”.

Religious schools and new mosques popped up throughout Africa, Asia, and the Middle East, designed to spread the cult of Wahhabism. Pakistan became a major hub for turning Wahhabi madrasa graduates into dedicated terrorists.

Wahhabi terrorists built a diffused terrorist network. Then some decided to exploit the perpetual bloodfest in Afghanistan.

In 1973, a military coup deposed the last king of Afghanistan. In 1978, Soviet-backed guerrillas killed the military leaders and seized control. This ignited an Afghan civil war, which pitted proxy forces against each other. These forces were backed by Pakistan, China, Islamists (known as the Mujahideen), and the Soviets.

During 1979, the Soviet puppet leader was assassinated and another installed. On 24 December 1979, the Soviet Union took direct action by invading Afghanistan, killing their most recent puppet President, and bringing over 100,000 military personnel into the country. A vicious war erupted between the Soviet military and various Afghan guerrilla factions. Over two million Afghans died.

The Reagan Administration supported the anti-Soviet Afghan insurgents, primarily aiding the secular pro-west Northern Alliance. Arab nations supported the Mujahideen. Osama bin Laden entered the insurgent caldera as a Mujahideen financier and fighter. The Soviets, realizing their occupation was failing, removed their troops and equipment in 1988, leaving behind another puppet government.

After the Soviet Union withdrawal, calls for reunifying Afghanistan by re-establishing the monarchy and strengthening regional leadership went unheeded. Installing a faction-ravaged parliamentary system only led to a new civil war.

By September 1994, the grisly chaos, and US ambivalence about Afghanistan, opened the door for the Taliban, graduates from Pakistan’s Wahhabi madrasas, to begin their crusade to take control of the country. By 1998, the Taliban controlled 90% of Afghanistan.

Osama bin Laden, and his Al-Qaeda warriors, made Taliban-controlled territory in Afghanistan their new base of operations. In exchange, Bin Laden helped the Taliban eliminate their remaining opponents throughout Afghanistan. Bin Laden completed his end of the bargain on 9 September 2001, when Al-Qaeda suicide bombers disguised as a television camera crew blew up Ahmad Shah Massoud, the charismatic, pro-West leader of the Northern Alliance.

Two days later, Bin Laden set his “lure”, with the hijacking of four planes and turning them into guided bombs headed to New York City and Washington, DC.

Posted by Scot Faulkner at 3:24 PM