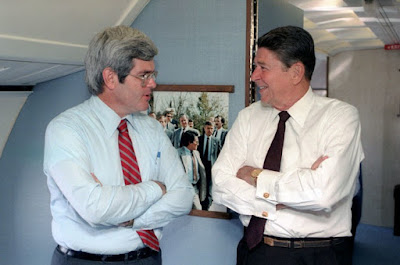 Trump’s supporters are stirring.  They are aghast at the Biden era, feeling it is based on years of lies, conspiracies, and “fake news”.

Trump’s detractors continue to stir.  They hope relentless investigations will lead to Trump in handcuffs and ultimately in jail.

Both sides want “payback”.  The anti-Trumps want finality and an object lesson, that assures no outsider ever again gets close to draining the Swamp.  The pro-Trumpsters want to retake the Legislative Branch in 2022 and the Executive Branch in 2024.

Trump’s “populist revolution” will only succeed if he and his supporters learn lessons from the last four years.

Trump and his supporters must understand this in all its manifestations, should they ever hope to achieve their vision.

Reagan’s and Gingrich’s revolutions made removing their opponents their first order of business.

All Carter appointees were removed within the first weeks of Reagan taking office.  Their badges were confiscated, and their security clearances revoked.  A team went door-to-door throughout the White House and Executive Office buildings assuring every Carter person, every pro-Carter careerist, every pro-Carter detailee, and every pro-Carter contractor were marched out the door.  Careerists were reassigned, contracts were cancelled.

At the same time teams of Reaganites took complete control of core operations within every department and agency: the Executive Secretariats and the offices of Legal Counsel, Personnel, Finance, and Procurement.  Legions of Reagan appointees instantaneously overwhelmed the Executive Branch, methodically reviewing every recent and pending action, ending and reversing those not in full accord with the Reagan agenda. This included personnel actions, training, contracts, grants, legal actions, regulations, publications, meetings, and anything else of substance.

In some agencies, such as the General Services Administration (GSA) the center of government corruption under Carter, every employee was assessed and a new agency culture, complete with new position descriptions, hiring & promotion criteria, administrative processes, and accountability systems were put in place.  Pro-Reagan whistle blowers, investigative media, and congressional oversight professionals identified those careerists who were trustworthy to build viable cores of competent loyalists deep in every nook and cranny of the Executive Branch.

The Gingrich Revolution began the same way.  Within an hour of becoming Speaker, every top administrator and administrative assistant was fired and walked out the door. Their files were seized, their security clearances revoked.  New House rules and reform legislation eradicated forty years of “kleptocracy” that robbed public funds and furnishings from the Capitol.  A new management team completely reinvented Congressional operations propelling the 18th century work culture and processes into the 21st.

In both cases, Reagan, Gingrich, and their operational teams, had a “sense of urgency” that drove them to clear the landscape of the old guard and ways.  They had a clear vision and detailed plans. They never blinked.  They never stood still.  They never leaked.  They never tolerated disloyalty.

Unfortunately, Trump and his team did the opposite.  They were told, in detail, by Reagan and Gingrich alums, what needed to be done.  They heard but never listened or learned.

The result was Trump never having control over his Administration.  Obama holdovers ran the White House correspondence unit for the first two years.  Obama, Clinton, and Deep State operatives remained in control of everything.  Those who were terminated never had their ID badges or security clearances removed.

Trump was too trusting of Swamp dwellers.  His Transition was run by Bush and Romney operatives.  His White House was filled with RINOs.  Confidential information, even from small meetings, was leaked to the media within minutes.

Trump’s holding back on making appointments was “penny wise but pound foolish”.  He never had overwhelming forces in any department or agency.  He never had control of core operations.  That is why his initiatives withered after he signed Executive Orders.  There was no one there to implement them. On the other hand, political holdovers and anti-Trump bureaucrats ran rampant.  They derailed pro-Trump efforts while allowing ongoing Obama/Clinton policies, personnel actions, training, contracts, grants, legal actions, regulations, publications, and meetings to continue unabated.

Despite this, Trump hobbled regulations, made foreign policy strides, and had legislative victories. Unfortunately, they are all being reversed in the Biden era.

Imagine what Trump could have done had he learned the lessons of Reagan and Gingrich?

Posted by Scot Faulkner at 4:27 PM