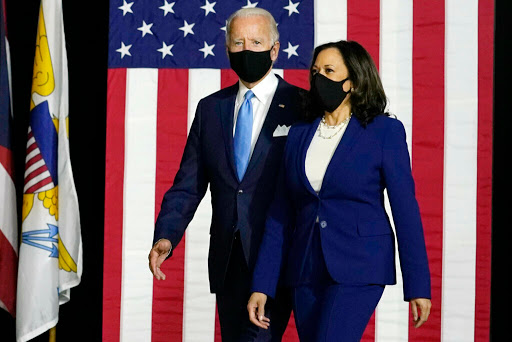 Anyone still doubting what will happen if the Democrats take the White House and the Senate this November need to look at what just happened in Virginia.

In November 2019, Democrats won the governorship and control of both houses of the state legislature for the first time since 1993. While they had a 10-seat majority in the House of Delegates, their margin in the State Senate was a razor thin two seats.

As 2020 dawned, the newly sworn-in Democrats moved with lightning speed on a broad legislative front. It was a relentless Leftist Juggernaut.

During the 60-day legislative session, Democrats passed 1,900 bills. The governor signed every one of them into law.

More importantly, new laws empowered local governments, as Virginia is a "commonwealth," to regulate the possession, carrying, storage or transport of firearms, ammunition, components or any combination of those things, and to ban guns in public spaces, including public buildings, parks, recreation centers and during permitted events.

This included authorizing local governments to establish stricter gun laws than exist at the federal and state level.

A second wave assailed Virginia history and culture. Lee-Jackson Day was eliminated as a state holiday. All protections for Confederate monuments ended.

Then came social legislation. The Equal Rights Amendment (ERA), long past its ratification deadline, was ratified anyway, providing the 38th state needed for final adoption. A hoped-for court challenge will try to overturn precedent and force the ERA into the Constitution.

The "Virginia Values Act" added sexual orientation and gender identity to all Virginia anti-discrimination laws. It granted the attorney general the power to take action against anyone "engaged in a pattern or practice of resistance" to the rights guaranteed by the new laws.

Abortion rights were dramatically expanded, rolling back existing provisions including a 24-hour waiting period before an abortion, ending a requirement that women seeking an abortion to undergo an ultrasound and counseling, eliminating the requirement that abortions be provided by a physician, allowing nurse practitioners to perform them and ending building code requirements on facilities where abortions are performed.

Virginia's felony larceny threshold was raised from $500 to $1,000. Sponsors stated this will lead to fewer Virginians with felony convictions on their records.

Possession of marijuana was decriminalized and replaced with a $25 civil penalty.

A new tax on plastic bags was established.

Virginia became part of the National Popular Vote Interstate Compact, awarding the state's electoral votes to the national winner of the presidential popular vote, instead of the state's own popular vote.

Democrats have an even longer wish list at the national level, including the "Green New Deal," raising taxes and the minimum wage, and national gun control measures.

They are invoking racism and atoning for the 1619-based "America is a slave nation," to promote reparations and other laws that will eliminate America as we know it. The Left wants to erase freedom of speech in favor of "woke" sensibilities and political correctness and, of course, erase the right to bear arms.

The biggest national movement is to end "institutional racism" and "white privilege" by eliminating the Electoral College, make U.S. Senate seats based on population, granting statehood to the District of Columbia and Puerto Rico, and packing the Supreme Court.

Every one of these "reforms" is designed to solidify the Left's power forever.

The only thing standing in the way of Democrats recreating the Virginia Juggernaut at the national level is the U.S. Senate's filibuster.

The crusade for ending the filibuster is already underway. Even though it has been integral to the Senate since its founding, it is being portrayed as a recent racist manifestation.

The filibuster is the only protection for minority rights in Congress. Both parties embrace it as they know one day they may be out of power and need it.

The Left is banking on the November election giving them eternal power.

Posted by Scot Faulkner at 5:45 PM

Another interesting informative report!! Thanks, Scot.

I'm just having a hard time seeing how any of these "leftist" reforms in Virginia are extreme or even bad. Sounds like typical Democrat milquetoast to me!