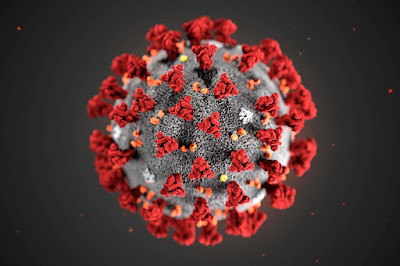 
There have been collective experiences that were noteworthy: the Kennedy assassination, Moon Landing, 9-11 attacks.  Humans observed and reacted, but were not all individually impacted or forced into new behavior.


COVID-19 will eventually burn itself out.  It will remain a threat until a viable vaccine is found. It will lurk like other diseases, waiting to sicken and kill, but not on its current global scale.


During the current outbreak, every person, in every country, is having to change everything.  The scope is vast.  What and where we eat.  What, when, and where we work.  What we wear. How we shop. How we operate as a family unit.  How we practice our religion (Mecca, Jerusalem, Vatican all shuttered).  How we entertain ourselves. How we interact with friends and associates.  Even the elimination of the Western handshake. This quaint custom began as ancient warriors offered their right hand to prove they were not carrying a weapon and meant no harm.


What happens next can be predicted.


Futurists explain it as the “adjacent possible”.  Stuart Kauffman coined the phrase for evolutionary biology, and Steven Johnson applied it to business and technology in his 2010 pivotal work, “Where Good Ideas Come From”.


“The adjacent possible is a kind of shadow future, hovering on the edges of the present state of things, a map of all the ways in which the present can reinvent itself.”


There are “adjacent possibles” being dramatically accelerated by COVID-19.


The history of work is about to come full circle.  Prior to the Industrial Revolution work was home-based.  The demands of mass production required massing the workforce.  Workers and their families had to congregate in large numbers in factory towns and enlarged cities.  The digital age promised to return the workforce back to the home, or at least to smaller communities.


Karl Erik Sveiby’s 1997 epiphany, “The New Organizational Wealth”, defined the dawning era of knowledge workers and predicted the vast wealth about to be generated from aggregating data and communication.  He hinted at a world filled with Google, Facebook, and Twitter billionaires.


Returning to home-based, community based, work promised reduced emissions, revitalized families and neighborhoods, and eliminating the stress of commuting.  These promises ran aground on the entrenched “command and control” management culture.  Managers and supervisors held onto old ways, assuming that workers were productive only when they remained under their watchful eye. Workers were part of the machine, as starkly portrayed in movies like “Metropolis” and “Modern Times”. The “white collar” office worker was also considered a cog in larger enterprises. William H. Whyte’s 1956 book, “The Organization Man” defined the soul crushing world of pecking orders and petty turf warfare.


Cogs in greater efforts were second nature for many of the veterans of World War II and the Korean War.  They survived because the machinery of armed conflict, and its rigid command structure, served them well.  The shift to similar peacetime operations was an easy one.  However, by the 1980s management dogma borne from interchangeable parts and mass production was under assault.  More agile entrepreneurs and their start-up companies proliferated like small mammals scurrying among dinosaurs.


As 21st Century technology launched new ways to work, supervisors presiding over “cube lands” filled with people staring at computer screens remained the norm, not the exception.  For all the rhetoric and policies supporting flextime and work from home, the daily reality remained - legions of employees fighting their way through rush hour to sit in meetings that could be virtual while taking calls and interacting with screens that they could do anywhere.


COVID-19 is changing that.  Future aggregating of the workforce will be virtual.  We are seeing the end of 19th Century work habits before our very eyes.


Education was designed to prepare children to be cogs in the machine - aggregating them at a set time and place.  Learning from a leader/teacher from standardized material to prepare for standardized tests are legacies of the Industrial Revolution.  Like the workforce innovators, homeschoolers, Khan Academy, American Public University, and countless other learning resources are smashing the 19th Century education model.  Innovation has been hampered by unions, politics, and parents locked into their commute.


COVID-19 is changing that.  Future learning will be a mix of collective and individual.  There is no going back.

The most impactful and positive impact of COVID-19 is the family unit returning to its pre-Industrial setting.  Pre-Pandemic, most families spent only 3-4 waking hours together during the work week.  Self-isolation may strain some relationships with 24-7 interactions, but many more will be strengthened.  Stronger families, acquiring and adding value on their own terms, is a game changer with decades of ramifications
Posted by Scot Faulkner at 9:58 PM

While many of the work functions can and will be decentralized, what do you see as the future of the corporate structure. Will COVID accelerate the shift from small entrepreneurs to large corporations?