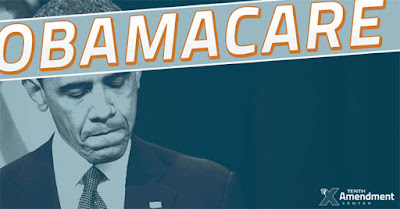 Obamacare causes 8,000 deaths per year, because of penalties it puts on hospitals The penalties started in October 2012. Death rates from heart failure have risen ever since, because hospital treatment for heart failure has fallen.

Do patients survive the loss of treatment?

The term "heart failure" is also called "congestive heart failure" or cardiomyopathy. It refers to weak pumping because of muscle deterioration, stiffness, leaking valves, etc. It is not the same as a heart attack or heart stopping. It is a major cause of death in the US.

These are the latest national figures, but five earlier studies from 2010-2014 also showed that hospitals which had fewer re-hospitalizations had more deaths, especially among heart failure patients.
http://globe1234.info/medicare/category/research

Medicare said in August 2012, "We are committed to monitoring the measures and assessing unintended consequences over time, such as the inappropriate shifting of care, increased patient morbidity and mortality, and other negative unintended consequences for patients." They have not reported any of these monitoring results in 4 years.
http://federalregister.gov/d/2012-19079/p-1799

Hospitals can avoid penalties by any mix of the following:
·         Avoid admitting the sickest Medicare patients with heart failure ("There's not much we can do for you. Treatments are risky. You're better off at home.")
·         Treat as many as possible of the least sick outside of hospitals
·         Improve subsequent care for those admitted, to reduce re-hospitalizations
It is easier to give less care than to improve it, though hospitals certainly are doing both. And the result we see is that death rates have started to rise.

The figures here count hospital admissions in July 2008-June 2011, compared to July 2012-June 2015. These are the oldest and newest comparable data available. Medicare released the older data in a comparable form in May 2013.
http://globe1234.com

Re-hospitalization penalties are large. Hospitals get $6,000 for treating a Medicare heart failure patient, but pay a $27,000 penalty for each re-hospitalization within 30 days, above the national average rate. So every hospital tries to be below the average, driving the average down and the risk of penalties up every year. There are also minimal adjustments for the mix of patients each hospital serves.

Penalties total $71 million this year, down from $76 million last year, because hospitals treat fewer Medicare patients for heart failure. The only way hospitals as a group can reduce their penalties is by treating fewer patients. And they do.

The penalties apply to patients treated under Medicare Part B. Hospitals which face the re-hospitalization penalties now admit 5% fewer Part B patients for heart failure than four years ago, even though the total number of seniors covered by Part B increased 12% in the same period.

There are also penalties for re-hospitalizing patients after coronary bypasses. The penalty is $188,000 for each one above the national average rate; penalties began October 2017. Penalties after elective hip and knee replacements are $239,000 and began October 2014. The penalty calculations are written into Obamacare. It is too early to see if the number of people treated has fallen, but the American College of Surgeons warned Medicare that treatment would be cut: "the potential that these hospitals will decrease their care for such patients, thereby creating an access issue."

One state is exempt from the penalties: Maryland, where Medicare has its headquarters, and where many of its retirees live.

Medicare penalizes all unplanned re-hospitalizations, even if they are unrelated to the original care. The law only lets Medicare penalize readmissions related to the initial care, but Medicare found that law, "difficult to implement." So they decided not to follow the law. Obeying the law would help, but penalties would still discourage treatment of frail seniors, who have above-average risks. The law and the penalties themselves are wrong.
http://federalregister.gov/d/2013-18956/p-2129

In 67 metro areas, Medicare has a second way to discourage hip and knee replacements, especially for the frailest patients who may need them most: hospitals must pay nearly all medical expenses for 90 days after treatment, though they have almost no control over these costs. After coronary bypasses next year, hospitals will similarly have to pay for 90 days of costs. Fewer hip and knee replacements and coronary bypasses, when Medicare patients need them, condemn seniors to reduced activity and faster decline.

Medicare and Social Security do save money when patients die sooner, but that is not how the country wants to save money.
Posted by Scot Faulkner at 10:56 PM