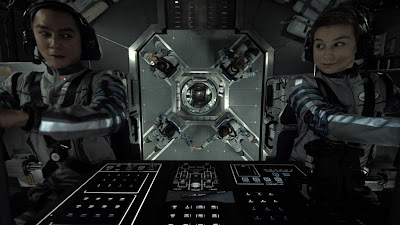 The House Science, Space, and Technology just voted along party lines to direct NASA to develop a base on the Moon and send a manned mission to Mars. The Committee’s Democrats wanted to fund NASA’s plan to capture a near earth asteroid. Both sides are wrong.

NASA has been looking for a strategic, and possibly inspirational, mission since the end of the Shuttle Program. Republicans and Democrats are competing to be known for leading America into the future. To successfully claim that title, this future should actually have something to do with rational thought.

Republicans have the most to be ashamed of. They rail against big government and celebrate the private sector in everything but space travel. They forget that for newly discovered lands there is a traditional role for government throughout world history. That role is to fund exploration while leaving settlement and exploitation to the private sector. European powers funded explorers to the “new world”. They then granted charters to private entities to develop and settle these lands. Our national government funded explorers like Lewis’ & Clark’s “Corps of Discovery” then stepped aside to allow private citizens to load-up their own covered wagons to head west.

The transition from publically funded exploration to private action is already taking place in outer space. Republicans should rejoice that the capitalism they embrace is leading the way. Private companies landing on asteroids, to explore and mine them, will occur in the near future http://www.planetaryresources.com/ . Therefore, funding NASA’s capturing an asteroid should legitimately be off the table.

There are far more significant concerns over the need and cost of a Moon base and Mars mission. NASA has shown the way to explore planets and moons – robots. The Mars rovers have spend years on the Martian surface conducting detailed surveys and experiments at a fraction of the cost and with no risk to human life. Compare this to a manned mission – a thousand times the cost, with significant potential risk to humans, for a few days on the surface.

NASA may have tipped its hand when it advised and then endorsed the recent science fiction thriller, “Europa Report” http://www.magnetreleasing.com/europareport/. In that movie (spoiler alert) a manned mission to Jupiter’s moon, Europa, does not end well. Lesson learned – the mission’s discoveries and insights could have been gathered by a robot without the cost or the carnage.
Posted by Scot Faulkner at 9:22 PM