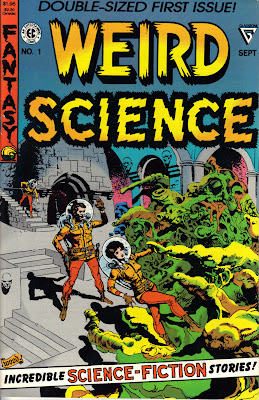 There was a time when Republicans embraced Earth Day, established the Environmental Protection Agency, and considered stewardship of the environment a cornerstone of assuring America’s future. Those days now seem very far away as Republicans, including Governor McCory, are increasingly rejecting environmental protection and empirical science.

Prior to McCory becoming Governor, North Carolina had a solid reputation for environmental stewardship. This stewardship was grounded in constructive engagement between two co-equal state agencies. The Department of Commerce (DC) is the welcome mat and advocate for new and expanding businesses. The Department of Environment and Natural Resources (DENR) is the enforcer of the National Environmental Protection Act (NEPA), and the advocate for those impacted by the externalities of new and expanding businesses. Each agency has a noble mission that benefits the state now and into the future. Pure environmentalism can hamper the creation of economic opportunity and job growth. Pure economic development can permanently scar a landscape, cause harm to people’s health, and eradicate qualities of life and community that attract business.

Therefore, a balance must be struck between competing interests and missions. The role of the EC and DENR are to prepare their best briefs and constructively engage interested parties, and the public at large, to help determine this balance, while articulating the trade-offs that inevitably occur when competing interests interact.

The DENR, prior to Governor McCrory had a straightforward mission statement that supported this effort: “To conserve and protect North Carolina’s natural resources and to maintain an environment of high quality by providing valuable services that consistently support and benefit the health and well-being of all citizens of our state.”

When McCory became Governor the DENR revised its mission statement to fundamentally change its role. The changes are significant and deserve attention from anyone, regardless of party, who cares about science and conservation. This revision, by new DENR Secretary, John Skvarla (McCrory’s appointee), marks a terrible change in direction for a state department, but has received only limited media attention.

The new mission statement alters the very definition of science. The DENR document now tells us that science “contains diversity of opinion” and “all public programs and scientific conclusions must be reflective of input from a variety of legitimate, diverse and thoughtful perspectives.”

Not so. Science is not based on “opinion” or “thoughtful perspectives.” Science contains a body of knowledge arrived at through testing and experimentation. Ironically, this is what conservative thought -- in politics and policy in general -- has always emphasized. Now we are told any perspective, regardless of its having been tested, deserves equal time.

Second, the new mission statement emphasizes “cost-benefit analysis” in environmental policy. The damages caused by bad environmental policy are not calculable in immediate terms in the same way an actuary determines how much a new car depreciates when it leaves the lot. Environmental damage is long term and affects not only the resources available to future generations, but also our national heritage. There can be no “cost-benefit” consideration of the Great Smoky Mountains, Outer Banks beaches, or Civil War historic sites protected from mining, foresting, or other development. How many dollars is it worth to take your family to these parks? What is the true value of sites that define our state and national identity?

Third, the McCrory administration redefines the DENR as a “service organization.” It is not. The Department is a regulatory body charged with enforcing laws, including the federal rules of the Environmental Protection Agency. The clear implication of the McCrory version suggests nullification of federal law -- that the DENR will “service” the political choices of the Governor, not enforce the law. Governor McCrory and Secretary Skvarla should remember that the DENR’s environmental regulatory powers are delegated to them by the U.S. Environmental Protection Agency (EPA). In 2001, EPA Administrator Christine Todd Whitman, President Bush’s Republican appointee, stripped this delegation from the West Virginia Department of Environmental Protection, and directly managed the state’s enforcement process, to prevent the state agency from becoming a doormat for developers. This could be the remedy in North Carolina should the McCrory/Skvarla vivisection of environment law and science continues.

Pat McCrory -- who has portrayed himself as a moderate -- is sending dangerously extreme signals to the new conservative radicals who want pander to anti-conservationist extremists.

The two authors here have different political perspectives, but value the real conservative legacy of responsible governance and custodianship of our planet. These new radical “conservatives” (we use quotation marks intentionally) should not be allowed to highjack that legacy. In the words of this new DENR mission statement we detect a highjacking in progress, emblematic of the larger self-destruction of the real conservative movement.