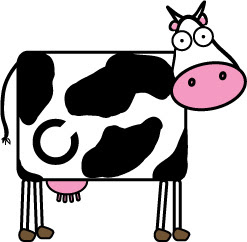 Governments, at all levels, are grappling with the dual tsunamis of an economic downturn colliding with budget busting entitlements and the fundamental inefficiencies of the public sector.

McKinsey & Company recently added their findings to the mountain of reports that identify government waste. According to McKinsey the federal government is wasting as much as $134 billion annually (about 15 percent of $1.21 trillion in discretionary spending).

McKinsey’s numbers are overly modest. Over the thirty years I have analyzed and eradicated public and private sector waste, I have found that the public sector wastes between 30-100 percent on a program by program basis. That means that even the best run programs, at any level of government, wastes double what McKinsey reports. That places the potential federal waste at well over $268 billion annually.

The first positive step is for elected officials to use the tools they already have. They can just say “no” to spending increases. They can refuse to reauthorize programs. They can demand real evidence of tangible and sustainable outcomes before appropriating one penny to a program. These laws are already on the books for the federal government and most state and local jurisdictions. It just requires the political backbone to take such actions.

Unfortunately, elected officials don’t want to anger special interests by eliminating favored programs, no matter how obsolete and ineffective. Instead, they opt for furloughs that hurt working people. Worse, they mandate across the board cuts that ironically reward waste and harm efficiency as the more wasteful programs can easily absorb these cuts while better run programs suffer.

The public should demand more. One way would be to create a public referendum on spending priorities, which would be very different from the failed California initiatives of May 2009. This better way was discussed in a previous column, “Building a Better Budget” [The Washington Times, February 5, 2007]. In that column, I explained how to give every taxpayer a hypothetical $100,000 to allocate within a federal or state budget as part of their annual tax returns. This linked taxes and spending in a powerful and empowering new way. It may take several years to refine this advisory process into a binding one. Either way, direct citizen input into government budgeting would fundamentally shift decision power away from special interests to the betterment of all.

Another possible solution is for federal and state governments to form 21st Century versions of the “Hoover Commission”. Both President Truman in 1947, and President Eisenhower in 1953, turned to former President Herbert Hoover to form commissions which strategically rethought government operations. These commissions recommended consolidation of functions, elimination of duplications, and realignment administrative processes throughout government . Just like an untended garden gets weed infested and overgrown to the choking point, so does government benefit from a “constant gardener”.

The McKinsey report offers another ray of hope when it asserts that, “Simply doing the same tasks in new ways, as it turns out, can be extremely powerful”. One of the greatest impediments to government efficiency is the bureaucratic culture. In this culture, the wrong things are rewarded: more spending, more personnel, more office space, and more activities. Many public officials, especially career managers, see their pathway to prestige and influence through amassing resources, not accomplishments.

Government, at all levels, can use this culture to its advantage. The bureaucracy resists change and efficiency because it fears loss. What if government allowed bureaucrats to reinvest their savings in their own enterprises? Instead of loss, efficiency would be viewed as gain or survival.

The exchange of waste for value has worked in a wide variety of settings. Every public employee can immediately list dozens of procedures and policies that do not make sense and drive them crazy. I have run “cost of quality” or “efficiency” workshops in dozens of federal and state agencies. In every case, the incentive structure was “you are empowered to eliminate these wastes” and more importantly, “you are authorized to keep and use every penny you save”.

Under the “waste for value” approach to reducing waste bureaucrats immediately grasp how their identifying where they are doing “stupid things stupidly” is not a witch hunt for blame, but a scavenger hunt for unleashing previously encumbered resources. This hunt for waste also opens their eyes to the powers of strategic thinking, collaboration, and prevention.

Another element to this scavenger hunt is prioritizing effort to results. An integral element for success is creating a four-quadrant “prioritization grid” where solutions are divided into easy to achieve, hard to achieve, high return on effort, and low return on effort. Recently, one federal operating unit not only realized that over a third of their operating budget was recoverable waste, but also that hundreds of improvement opportunities fell into the “easy to achieve-high return on effort” box. All those involved immediately and enthusiastically proceeded with eliminating their wasteful ways.

No one action will help government “thread the needle” through our current crisis, but a combination of the political will to “just say no”, engaging citizens in directly determining their fate, and redirecting bureaucratic energies are a start.
Posted by Scot Faulkner at 8:03 PM