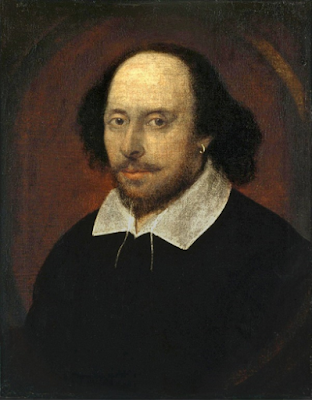 
“Tomorrow, and tomorrow, and tomorrow
Creeps in this petty pace from day to day
To the last syllable of recorded time.
And all our yesterdays have lighted fools
The way to dusty death [substitute all recent Democrat initiatives]. Out, out, brief candle.
Life’s [substitute Presidential Debates and Primaries] but a walking shadow, a poor player [substitute Democrat presidential candidates]
That struts and frets his [her] hour upon the stage [substitute Election Day],
And then is heard no more. It is a tale
Told by an idiot, full of sound and fury,
Signifying nothing.” [Shakespeare: McBeth, Act V, Scene 5]

Presented with apologies to William Shakespeare. These classic verses just echoed in my mind as I watched the Democrat debates. Then, I watched the Iowa Democrat primaries unfold. As all of the world – literally – watched the primary results on television, I’m sure most of us stared at them in disbelief that anything as important as this could go so wrong. And my fellow newscasters and bloggers are absolutely correct when they point out the people responsible for this debacle want to run the country – good luck!

Without belaboring the point, truly this was a proxy of things to come. How these candidates can be supported by people who hold themselves out to be journalists – can say with a straight face the Democrats could do better than President Trump is amazing. When you look at all of his accomplishments in the face of what he and his family has had to endure, it presents an insurmountable venture for the Democrat candidates to even describe, much less try to argue, that they will do better.

As a taxpayer I am beyond disgusted to think of the millions of dollars that the House of Representatives has spent trying to impeach President Trump and otherwise completely destroy our country. They have done nothing productive. It is too bad that our tax laws do not allow us to designate which representatives can be paid or not paid – although the Democrats are so ravenous in their attempts to destroy this President that I doubt it would make any difference whether they were paid or not!

And even more amazing is that the message they have presented is so far from the American dream as to make it even more confusing and idiotic why they are even running. You don’t have to be driven by the almighty dollar to sort through the rubble they wish to push on us. As the statistic shows over 90% of Americans are satisfied with their current personal life status https://news.gallup.com/poll/284285/new-high-americans-satisfied-personal-life.aspx .

Good grief! Besides the unbelievable economic statistics concerning rising wages, declining unemployment, booming retirement portfolios, etc. – what part of this calculus don’t these candidates understand? How can they continue to lie to the American people and expect us to take them seriously and vote for them in November? They get up on stage for the debates and look each other in the eye and tell lies in a manner such as to outdo their opponents – that is, they try to one best them.

The words of William Shakespeare are so applicable when he says “…It is a tale Told by an idiot, full of sound and fury, Signifying nothing.” The only thing more discouraging than watching these candidates enjoying themselves bloviating on national television is the fact that I have to watch it for eight more months – oh dear. "Have more than thou showest, speak less than thou knowest, lend less than thou owest" [Shakespeare: King Lear, Act I, Scene 4]. Sorry William, but thou speaketh so eloquently!

Posted by Scot Faulkner at 5:15 PM