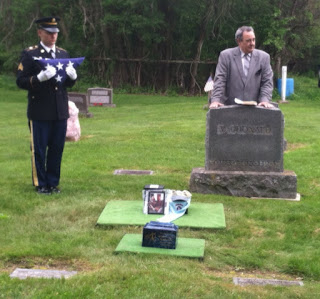 We celebrate Father’s Day this Sunday, so we celebrate our fathers, Ace and Ki, who raised us.

Just like Ace, Irene, and Ki, we are part of Maine. Our ancestors farmed and fished on the western islands of Scotland, including Mull and Skye.  In the 1840s, they moved to Prince Edward Island seeking better lives.  They settled in Maine around 1900.


Maine shaped them, like it shaped all of us.


One of my father’s favorite books was “The Maine Woods” by Henry David Thoreau. Ki especially loved Thoreau’s description of canoeing on Moose Head Lake.  He marked other passages, which are appropriate for today:

On the 31st of August, 1846, I left Concord in Massachusetts for Bangor and the backwoods of Maine,...I proposed to make excursions to Mount Ktaadn, the second highest mountain in New England, about thirty miles distant, and to some of the lakes of the Penobscot, either alone or with such company as I might pick up there.


What a glorious time they must have in that wilderness, far from mankind and election day!


The lakes are something which you are unprepared for; they lie up so high, exposed to the light, and the forest is diminished to a fine fringe on their edges, with here and there a blue mountain, like amethyst jewels set around some jewel of the first water, - so anterior, so superior, to all the changes that are to take place on their shores, even now civil and refined, and fair as they can ever be.


Talk of mysteries! Think of our life in nature — daily to be shown matter, to come in contact with it—rocks, trees, wind on our cheeks! the solid earth! the actual world! the common sense! Contact! Contact! Who are we? Where are we?

WE ARE THE MACDONALDS OF MAINE!