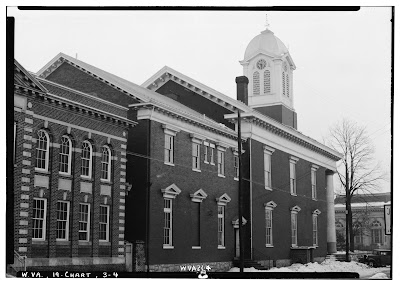 
America’s 3,034 counties are the backbone of local government and form the core of our civic culture.


Counties are embedded in each state’s constitution and given explicit governing roles and responsibilities.  They arose during the Middle Ages as the domain of a Count or vassal serving a monarch, thus the name.  When the Normans conquered England, they supplanted the local Saxon shires, governed by chieftains, with “contés”, governed by agents of the Crown.


The core activities of counties have seen little change since Counts were given responsibility for maintaining law and order, providing for local roads, and arbitrating disputes, in their domain.


In his timeless masterpiece on American culture, “Democracy in America”, Alexis Clerel, Viscount de Tocqueville, described the functions of county government and the selection of local officials:

The town-meeting chooses at the same time a number of other municipal magistrates, who are entrusted with important administrative functions. The assessors rate the township; the collectors receive the rate. A constable is appointed to keep the peace, to watch the streets, and to forward the execution of the laws; the town-clerk records all the town votes, orders, grants, births, deaths, and marriages; the treasurer keeps the funds; the overseer of the poor performs the difficult task of superintending the action of the poor-laws; committee-men are appointed to attend to the schools and to public instruction; and the road-surveyors, who take care of the greater and lesser thoroughfares of the township, complete the list of the principal functionaries.


The United States currently has approximately 88,000 local governments, districts, and commissions comprised of approximately 500,000 elected officials. This is 20 times as many officials as exist at the federal and state levels. Local governments collectively spend over $1 trillion annually.


As de Tocqueville outlined in 1835, today counties provide the basic services we require in our daily lives:

The provision of these services requires close cooperation with “sister” jurisdictions, which may include the state, municipalities and townships embedded within the county, and adjoining counties. Sometimes regional commissions or authorities are established to formalize this cooperation.

County Commissioners or Supervisors act as a “board of directors” to establish policies and oversee these services.  In most cases, there are only 3-9 who are elected and serve in this capacity in each county. These are part-time positions, except in the most populated counties.

The Clerk is a fulltime elected official who is the keeper of all public records, from land ownership to births, deaths, and weddings.  Clerks, and their full staff, administer the settling of estates, or probate, when deaths occur.  Most importantly, Clerks manage voter registration, candidate filings and reports, creating the ballot, holding the election, and counting and reporting the vote.

The elected Sheriff is more than the chief law enforcement official.  Just like in “Robin Hood”, the Sheriff is the tax collector and manages the county’s finances.

Depending on the population of a county there are an array of other public officials, either elected or appointed, who handle assessing property for tax purposes, certifying the health and viability of water systems and food service establishments, coordinating emergency response, and providing parks and recreation.

Public Schools are governed by a separate and independently elected School Board of 5-9 members.  While schools are funded from the property taxes assessed by the Assessor, and collected by the Sheriff, the Board administers and disburses the funds themselves.

The detailed work of counties is conducted through boards and commissions. These include land-use regulation, building permits, water & sewer, and economic development.  Those serving on these boards are part-time volunteers appointed to the County Commission.

This is where local communities face a fundamental challenge.

Most Americans have poor awareness and understanding of local government.  The decisions and activities of the diverse array of elected and appointed officials go unreported, or under-reported.  Holding local power accountable is one of the greatest problems in America today.

In his groundbreaking book, “Bowling Alone”, Robert Putnam described the deterioration of communities in 21st Century America.  This is borne out in how few people volunteer to serve on local boards and commissions, how few attend local public meetings, and how few take actions when incompetence or corruption arise.

Corruption and incompetence are more prevalent than ever.  Land use can make or break fortunes, and help or harm a community, especially in the wrong hands. Unfortunately, conflicts of interest are predictable around land speculation.  Misuse of public funds, especially directing contracts to friends and family, or for unrecorded payments, is always possible.

Prior to the digital age, local newspapers were the bulwark against corruption and malfeasance.  Unfortunately, many of these newspapers are vanishing.  Recently, Dean Baquet, Executive Editor of the New York Times, told the World Congress of News Media that “The greatest crisis in American journalism is the death of local news”.  He predicted most local newspapers “are going to die in the next five years”.

It is up to local citizens to demand accountability. This means demanding transparency, including all public documents being public and all public meetings being public.

Few local officials, especially on appointed boards, support full accountability.  Countless citizen lawsuits have forced public notices to be on websites instead of posted on index cards on courthouse bulletin boards.  This is vital in “bedroom communities” where most citizens commute out of the county for work.

The citizen-led victories for accountability and transparency are based upon state laws that mandate public access. These laws are called “sunshine” laws and “freedom of information acts”.  It is important for those concerned about their communities to learn these laws and fully understand the importance of “adequate public notice” for public hearings and decisions.

America will remain a beacon of hope for freedom loving people everywhere only if Americans take their citizen responsibility seriously and actively participate in their local government.

Posted by Scot Faulkner at 4:25 PM