When Is a Narrow Victory a Victory? 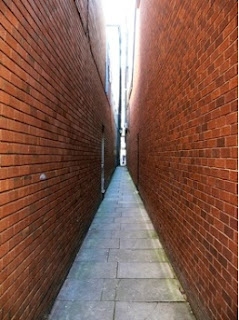 I want to open this article by saying I’m very proud to be an American! I am not so comfortable with many of my fellow Americans who just don’t get it: there is one nation (under God); one flag; one national anthem; and one President. News flash: Trump won; Hillary lost; get over it.

I have to say that this post electoral period has been the most politically venomous time in my life that I have had the misfortune to experience. It has been hateful and destructive to the nation. I cannot believe the “seemingly” large number of people who would rather destroy our country than accept the results of the election. President Trump, his family, his supporters – basically anybody who is not a liberal – have been and continue to be treated terribly by the media. To the MSM there just doesn’t seem to be anything about this administration to report in a positive fashion – it’s as if they can do no good even though Mr. Trump has many, positive post inaugural accomplishments.

I get why the Democrats are in this crowd. I get why the main street media is in this crowd. But it is like they are living in a little bubble world of their own, oblivious to what’s going on outside. The media is becoming irrelevant; in fact, I believe that there is no media anymore. Fake news is everywhere, but it is being presented as news. The MSM are using gaslighting (“…a form of manipulation that seeks to sow seeds of doubt in a targeted individual or members of a group, hoping to make targets [i.e., the electorate] question their own memory, perception, and sanity.

Using persistent denial, misdirection, contradiction, and lying, it attempts to destabilize the target and delegitimize the target's belief”, https://en.wikipedia.org/wiki/Gaslighting). They use muckraking to try to influence public opinion. Let me expand a little bit on this term: “In British English the term muckraker is more likely to mean a journalist (often on a tabloid newspaper) who specialises [sic] in scandal and malicious gossip about celebrities or well-known personalities and is generally used in a derogatory sense. The term is a reference to a character in John Bunyan's classic Pilgrim's Progress, ‘the Man with the Muck-rake’, who rejected salvation to focus on filth. It became popular after President Theodore Roosevelt referred to the character in a 1906 speech; Roosevelt acknowledged that ‘the men with the muck rakes are often indispensable to the well being of society; but only if they know when to stop raking the muck...’" https://en.wikipedia.org/wiki/Muckraker The last sentence (my italics) of this quote pretty much says it all!

I believe several things are true about the American people. For one thing they are tired of this hysterical, biased reporting. I believe that most people still watch and listen to the news, but they tune out or change the channel when political news, campaign ads, etc. come on because voters do not trust nor like the media. It is because we realize that these people are not journalists; they are not news people: they are opinion writers and entertainers who are competing for ratings, not accuracy and journalistic integrity. When all of their articles say: "If…"; “According to unnamed sources …”; “Supposedly...”; “Allegedly…"; “Insiders tell us…”; “Our understanding...”: how are you to believe anything is true?  Overall, there is this fact: “Americans' confidence in the media has slowly eroded from a high of 55% in 1998 and 1999 [to 40% in 2015]. Since 2007, the majority of Americans have had little or no trust in the mass media. http://www.gallup.com/poll/185927/americans-trust-media-remains-historical-low.aspx

I want to close with a couple of examples of biased reporting. Does anybody remember Montana’s special election – before the election and how important it was to the Democrats? Funny,  after the election, this is what they had to say: “Republican Greg Gianforte claimed a narrow victory [he won by roughly 7 points] in Montana’s closely watched special election for the state’s at-large congressional seat, defeating Democrat Rob Quist in a race that is likely to be mined for clues about how the voting electorate feels about the political turbulence of Donald Trump’s young presidency heading into next year’s midterm elections…. Though their candidate lost, Democrats still tried to claim a moral victory in the race… [even though there was a misdemeanor assault charge pending against Gianforte!]” https://www.yahoo.com/news/gianforte-wins-montana-special-house-election-despite-charged-assault-044756860.html

“Republican Ron Estes defeated his Democratic rival in a high-profile special congressional election in Kansas Tuesday that had been seen as a referendum on President Donald Trump. But the narrower-than-expected outcome [Democrat James Thompson finished behind Estes by 7 points]  may worry Republicans across the country as they try to decipher how much Trump's low approval ratings might hurt his party's candidates.” http://www.nbcnews.com/storyline/democrats-vs-trump/republican-wins-kansas-election-seen-trump-test-n745396

How about the upcoming special election in GA? “Ossoff [the Democratic House candidate] “…focused his campaign on a promise to ‘Make Trump Furious.’” How is that for a politician who is going to represent you? Trump’s tweet: “With eleven Republican candidates running in Georgia (on Tuesday) for Congress, a runoff will be a win [the result was a runoff]. Vote ‘R’ for lower taxes & safety!”  “http://www.euronews.com/2017/04/19/georgia-democrat-puts-donald-trump-s-popularity-to-the-test-in-congress-vote

Bottom line: I hope the MSM and Democrats continue this strategy! They continue to poke the bear (i.e., the American people) to challenge our intellect: they think we are unable to understand the media bias and misdirection – and that makes us angry! They will continue to lose national elections because of this; in fact they have only won a handful of state and local elections since the inauguration. However, they have lost two congressional elections and they are about to lose a couple more (GA and SC). I hope that all Americans continue to realize how dishonest the media is being in trying to unduly and inappropriately influence our elections instead of providing information to help us select the best candidate to represent us.

Donald G. Mutersbaugh, Sr. earned his Bachelor of Science degree from the University of Maryland and his Master of Business Administration degree from Mary Washington College. He is the former Associate Administrator of Information Resources for the U.S House of Representatives under Speaker Newt Gingrich.
Posted by Scot Faulkner at 12:22 PM