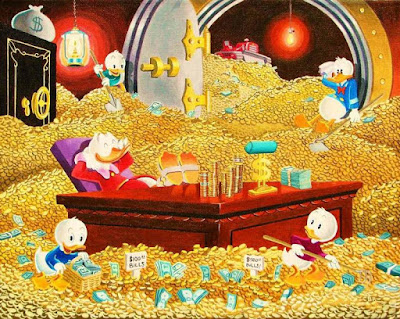 
Congressional Republicans and Democrats are lying to Americans.


Congress is barely halfway through approving the 2017 Appropriations.  It has only thirty legislative days before the start of the next fiscal year.  This all but guarantees a battle over a continuing resolution or omnibus spending bill.


Recently, a Republican Congressman let slip that there are billions in “unobligated balances” that could be reallocated for fighting the Zika Virus.  It was a lightning bolt of real information that everyone ignored. This was an unintended glimpse at one of the biggest lies in Washington, DC.


Members from both parties appear on cable news hand wringing about how it is impossible to stop federal spending from devouring the country.  Liberals and Democrats assert the government is underfunded and understaffed for meeting pressing needs.  Raising taxes and expanding hiring are their only solutions.  What now passes for conservatives and Republicans express helplessness because of Obama’s veto pen and their concern that any confrontation may lead to another government shutdown.


Republicans and Democrats wail over no funds to combat the Zika Virus, terrorism, and other possible crises.  Their machinery for endlessly taxing, spending, and borrowing incessantly rolls on.


The result of this united capitulation is the perpetual growth in government spending and borrowing.  Federal spending has risen from $3.517 trillion in 2009 to $4.147 trillion for 2017.  During this same period, government debt has soared from $11.875 trillion to over $20.149 trillion, with annual increases of nearly a trillion in borrowing projected every year thereafter.


Every year funds are allocated for federal projects and programs based on estimates.  Congress adds money when those estimates fall short, even if caused by waste and fraud.  Funds sit idle when spending is less than expected.


Since President Obama took office, $914.8 billion in unexpended, unobligated, funds have piled up across the federal government.  It is dutifully reported under “Assets and Balance Sheets” on page ten of the budget released each year by the Office of Management and Budget (OMB).


You read that correctly, nearly a trillion of your tax dollars is sitting unused in plain sight.


Another $1.028 trillion remains unexpended among general accounts and $461 billion remains unspent in trust funds.  While these funds are technically obligated, the fact that they languish raises questions about their use and their management.


That is over $2.405 trillion sitting doing nothing.  It is available right now.  It only takes the push of a button to instantly shift these funds to fighting Zika, bolstering our military and homeland security, repairing our infrastructure, debt payments, or tax relief.


This is how the Establishment from both parties plays Americans for fools.  The funds are hiding in plain sight.  No one talks about it, because it would reveal the lie behind the Washington elites claiming helplessness.  On rare instances, someone lets slip their knowledge of this money.  In June 2012, to his eternal credit, Senator Tom Coburn issued a blistering report, “Money for Nothing” that exposed these funds in detail.  Not even conservative media covered it.


The budget debate would be very different if Americans called out Washington politicians on their dirty little secret.

Posted by Scot Faulkner at 1:51 PM