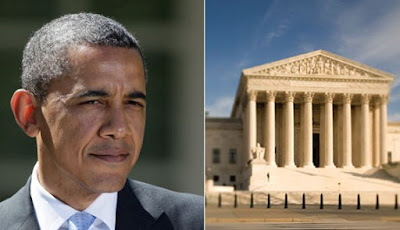 
June 28, 2014 is an historic day in thwarting Presidential over-reach. On that day the U.S. Supreme Court unanimously ruled President Obama’s recess appointments unconstitutional. NLRB versus Noel Canning, ET AL was a rare instance when the Judicial Branch acted as referee and reset the balance of power between the Executive and Legislative Branches.


The case centered on Noel Canning challenging a February 8, 2012 National Labor Relations Board (NLRB) decision on the grounds that its quorum only existed with the presence of invalid recess appointments. Noel Canning’s attorney argued that Obama’s ap­pointments were invalid because the 3-day adjournment between Congressional sessions was not long enough to trigger the Recess Ap­pointments Clause.


On January 25, 2013, a three-judge panel of the U.S. Court of Appeals for the D.C. Circuit struck the first blow against President Obama’s over reach by unanimously agreeing with Canning and ruling that the three recess appointments to the NLRB on January 4, 2012 were unconstitutional.


The Appeals Court asserted that the circumstance that would allow a President to make “Recess Appointments” under Article II, Section 2 of the U.S. Constitution did not exist, because the Congress was in Pro Forma Session, not in a formal recess.


The Constitutional Convention of 1787 established two coequal chambers within the Legislative Branch.  One aspect of this balance is that:
Neither House, during the Session of Congress, shall, without the Consent of the other, adjourn for more than three days, nor to any other Place than that in which the two Houses shall be sitting. [Article 1, Section 5, Clause 4]


The formal end of a Congress is when the Legislative Branch adjourns “Sine Die” (from the Latin “without day”) meaning “without assigning a day for a further meeting or hearing”.  The Twentieth Amendment to the Constitution also sets a formal start and end time for each Congress.


The most complex consequence of Clause 4 relates to when Congress takes a recess and when it adjourns. A recess is a temporary halt to activity on the floor. Everything stops, and when the recess ends, the chamber resumes from where it left off. A recess might last 10 minutes or it might last weeks. The length of time does not matter. An adjournment is a formal end to business in the chamber, and upon return the chamber does not resume from where it left off. Just like a recess an adjournment can be for one minute or for three weeks.


Any formal break in Legislative Branch activity opens the door for a President to take certain actions. This includes making appointments which require Senate confirmation. Congressional leaders of both parties have devised ways to avoid inadvertently unleashing Presidential activism.


The Congress can take a break from legislative activity, and still avoid a formal recess or adjournment, by meeting in a “pro forma” session. Pro forma means “for the sake of formality”. In recent years pro forma sessions have prevented Presidents from making recess appointments, and in the case of President George W. Bush in 2008, deprived him calling a special session to reauthorize the Protect America Act and the Foreign Intelligence Surveillance Act.


As long as a Member convenes either the House or Senate to formally open and close a session there is no recess or adjournment. Members sometimes compete to see how fast they can conduct a pro forma session. The record is currently held by Senator Jack Reed of Rhode Island who completed the task in 12 seconds.


Obama’s January 2012 appointments were designed to dramatically expand his appointment authority by asserting his recess-appointment power as a “safety valve” against Senatorial “intransigence.” [1]
The Supreme Court unanimously declared the President lacked the authority to make those appointments. [2]


Justice Breyer delivered the opinion of the Court and quoted from the Federal Papers,  ”the need to secure Senate approval provides “an excellent check upon a spirit of favoritism in the President, and would tend greatly to preventing the appointment of unfit characters from State prejudice, from family connection, from personal attachment, or from a view to popularity.” [3]


Breyer further wrote, “If a Sen­ate recess is so short that it does not require the consent of the House, it is too short to trigger the Recess Appoint­ments Clause. See Art. I, §5, cl. 4. And a recess lasting less than 10 days is presumptively too short as well”. [4] He dismissed the counter arguments of Obama’s Solicitor General as not, “either legally or practically appropriate”. [5]


Justice Scalia wrote a Concurrence that went further in assailing Obama’s attempt to nullify the Senate’s role in the appointment process [6].  Scalia exposed Obama’s “untenably broad interpretation” of Presidential power. [7] He also defined the Senate’s role in advice and consent on Presidential appointments “as a critical protection against “‘despotism,’ Freytag, 501 U. S., at 883”. [8]


The Concurrent Opinion was unprecedented in raising serious concerns over President Obama’s “aggrandizing the Presidency beyond its constitutional bounds and undermining respect for the separation of powers”. [9] It also challenged Obama’s rationale, “I can conceive of no sane constitutional theory…requiring us to defer to the views of the Executive Branch”. [10]


Justices Scalia, Thomas, Roberts, and Alito stood firm against Obama’s power grab by embracing the founding principles of America, “the limitation upon the President’s appointment power is there not for the benefit of the Senate, but for the protection of the people”. [11]


Scot Faulkner served as Chief Administrative Officer of the U.S. House of Representatives and as a Member of the Reagan White House Staff.  He earned a Master’s Degree in Public Administration from American University, and a Bachelor’s Degree in Government from Lawrence University