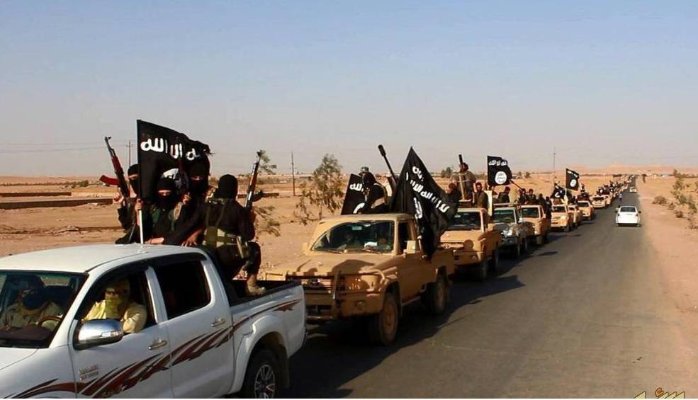 
Why is Iraq relevant? Specifically, why is the decision to fight the second Iraq War relevant to the 2016 Presidential election?


It is about more than just having another Bush running for President.  Ramadi falls, Iraqi military units flee before ISIS, and Iran extends its reach in the region. What a Republican President did back in 2003 has become a crucible on which the next generation of Republican leaders and their advisors must be tested.


The Second Iraq War is relevant because the senior policy advisors who embraced pre-emptive war and led America and the Middle East over a cliff are still around and serving in the inner circles of Jeb Bush and most other Republican Presidential candidates.


This generation of inept, incompetent, policy players did everything except slink away in shame.  They landed high paying and prestigious jobs in think tanks, lobby firms, and corporate boards.  They are the talking heads who kibitz on cable news and write columns second guessing everyone but themselves.  It is the old Washington game of unaccountable power – as long as you make the right friends and go to the right cocktail parties your actual track record is irrelevant.


For America to move forward in the Middle East it must demand that Republican candidates rid themselves of those who ignored intelligence, cherry-picked facts, were oblivious to a millennia of history & culture, bungled the war, bungled the occupation, were complicit in crony capitalist scams that steered nearly a trillion dollars through questionable sole source contracts, dismissed blatant corruption, embraced the wrong factions, and refused to make amends or apologize for what they did.


In early 2003, Bush advisors met with foreign policy experts who served Ronald Reagan.  The strategists who brought down the Soviet Empire unanimously opposed Bush’s plan to invade Iraq.  They listed dozens of reasons.  They correctly reminded the Bush team that Iraq had served as the counter-balance to Iranian aspirations since the 1979 Iranian Revolution.  Taking out Saddam Hussein, especially without a clear alternative, would leave chaos and a vacuum.  This would open the door for Iran to challenge Sunni hegemony in the region and lead to a sectarian conflict that would devastate the region.  The Bush team scoffed.


Why was the Bush team so fixated on going back into Iraq no matter the facts or the consequences? The story lies deep within a sequence of largely unreported events that put America and the region on a path to our current predicament.


At 4:00 a.m. “Saudi time” on Sunday, February 24, 1991 the U.S. launched a brilliantly designed and executed ground war into Iraq as part of “Desert Storm”. This end run around Iraqi forces in Kuwait (Operation Deep Strike) stands along side Austerlitz and Chancellorsville as one of the great battle maneuvers in history.


Only a handful of military and intelligence officials admit to what happened next. Several of them have confirmed these details to me and they are verified on a few websites.


On Tuesday, February 26, at 7:00 p.m. “Saudi time” the final armored units required for this encirclement entered Iraq and sped toward Basra. At that same time U.S. air strikes were obliterating retreating Iraqi forces along Route 80 near the town Al Jahra. These strikes destroyed 1,400 vehicles and killed thousands of Iraqi soldiers [http://en.wikipedia.org/wiki/Highway_of_Death ].


As Wednesday February 27 dawned, CNN and other news organizations ran extensive video of the Route 80 carnage, now christened the “Highway of Death”. Some reporters and commentators began to question whether the “Highway of Death” was a gratuitous killing spree. Colin Powell, Chairman of the Joint Chiefs of Staff, was disturbed by the “shooting gallery” scenes and by the negative turn of news coverage. He shared his concern with President Bush and key White House advisors.


Debates raged in the White House about finishing the job of encircling the Republican Guard at Basra or “cutting losses” regarding negative media coverage. One staffer suggested that a compromise might be to end the ground war the next day (Thursday, February 28) at noon “Saudi time” as that would be exactly the 100-hour mark. This was immediately embraced as a “great number for the history books”. At 9:00 EST that evening a cease fire was announced to take effect nine hours later (4:00 a.m. EST or noon “Saudi time”).


Ground commanders, including Desert Storm commander General Norman Schwarzkopf, were shocked at the news. Lead armor units were less than 20 miles from completing their encirclement of the Republic Guards near Basra. The cease fire halted their advance leaving a strategic gap through which the Guard units resupplied and reformed under the U.S guns. A provisional ceasefire was formally signed three days later on March 3, 1991.


Unfortunately, this provisional ceasefire allowed the Iraqi military immediate use of their airspace and required U.S. forces to begin their withdrawal from Iraqi territory. [http://iraqimojo.blogspot.com/2006/11/ghosts-of-1991.html ]


Then matters got worse. On February 15, 1991, President George H. W. Bush issued statements calling on the Iraqi people to overthrow President Saddam Hussein. It was hoped that Iraqi generals and key Sunni leaders would use the war as their opportunity for an uprising.


On March 3, 1991, the same day as a provisional ceasefire was signed, uprisings did occur, but among the Kurds in the north of Iraq, and the Shiites in the south. Bush officials were concerned that the Kurdish uprising might ignite Turkish fears of a greater Kurdistan and the Shiite uprising might trigger Iranian intervention. U.S. officials decided the best policy was to stand by and watch as Iraq brutally suppressed both revolts, killing over 100,000 civilians. Iraqi armored units and supply convoys moved with impunity while Iraqi helicopters flew by U.S. forces on their way to strafe rebelling Shiites.


Bush officials were concerned that the Kurdish uprising might ignite Turkish fears of a greater Kurdistan and the Shiite uprising might trigger Iranian intervention. U.S. officials decided the best policy was to stand by and watch as Iraq brutally suppressed both revolts, killing over 100,000 civilians. Iraqi armored units and supply convoys moved with impunity while Iraqi helicopters flew by U.S. forces on their way to strafe rebelling Shiites.


Many myths arose from the 1991 war including the “big lie” that we considered taking Baghdad. This masks the disastrous decision to arbitrarily end the war and allow the Republican Guard units to be resupplied and reform under U.S. guns. It masks the inane provisional ceasefire that prematurely reopened Iraqi airspace for military operations. And it masks the miscues of the Bush administration encouraging revolt only to watch thousands of civilians get slaughtered


When George W. Bush, entered the White House, many in his inner circle, including Vice President Cheney, wanted a “do over”. Their priority was to find an excuse, any excuse, to finish off Saddam. The attacks on 9-11 gave them the pretext for a return to Iraq.


Americans need to remember these events as Republican candidates grapple with questions about the second Iraq War.


We must remember history and vow to learn from
Posted by Scot Faulkner at 10:11 PM